This dog takes the bus alone -- what can your dumb pet do?

And you thought your dog wasn't a drooling waste of space 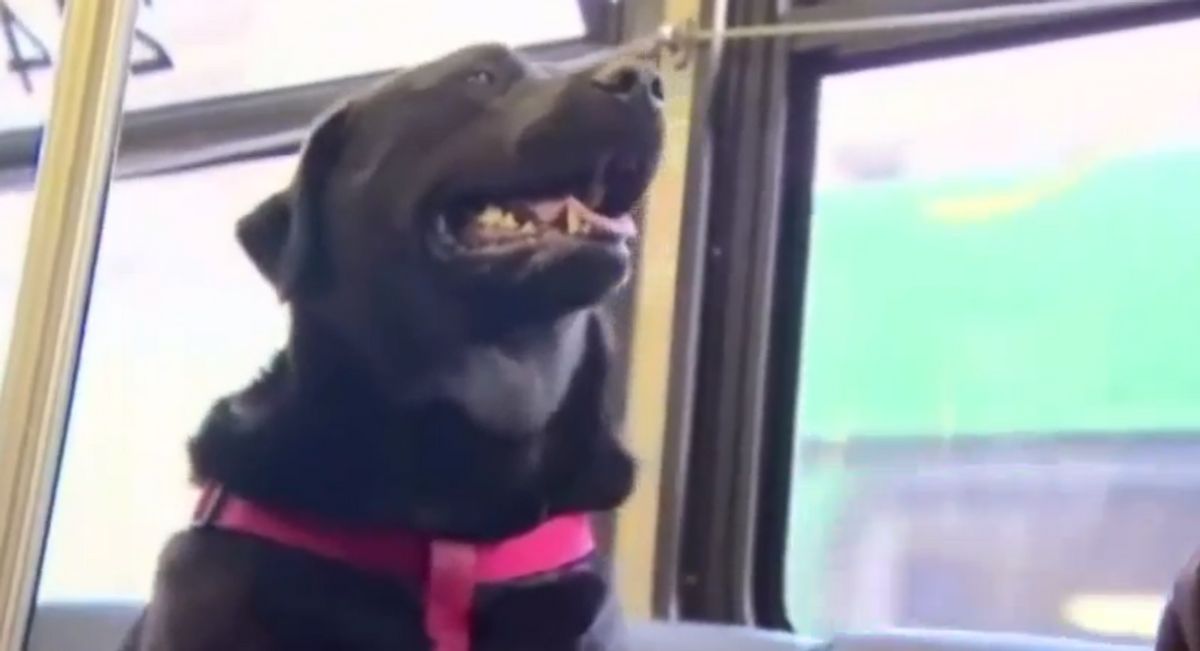 I used to think my cat was the best animal in the world. At only one-year-old, he can already sit on a number of surfaces (including my head, LOL, silly cats), compete in relay races from one end of the apartment to the other, protect me from my live-in boyfriend's affectionate advances.

I still think my cat is the best animal in the world, but perhaps he is not the most self-sufficient.

Eclipse is a black lab-gold mastiff mixed Seattleite who can take the D-Line bus alone. He is probably smarter than my cat.

It all started when Eclipse's owner, Jeff Young, started taking her to the dog park using that bus route, he told KOMO. Sometimes, the bus would come while Young was finishing his cigarette, so Eclipse would jump on without him, getting off at the stop for the dog park. Eventually it became a habit, and Eclipse was able to go to the park and back without Young.

Young will still get the occasional call from local idiots attempting to return a "lost dog." News flash, local idiots: you're more lost than this dog will ever be.