Mitt's poverty pipe dream: Why Romney will never be the candidate for the poor

Romney's 2012 policies would have screwed the poor, and there's no reason to think Mitt 2016 will be any different 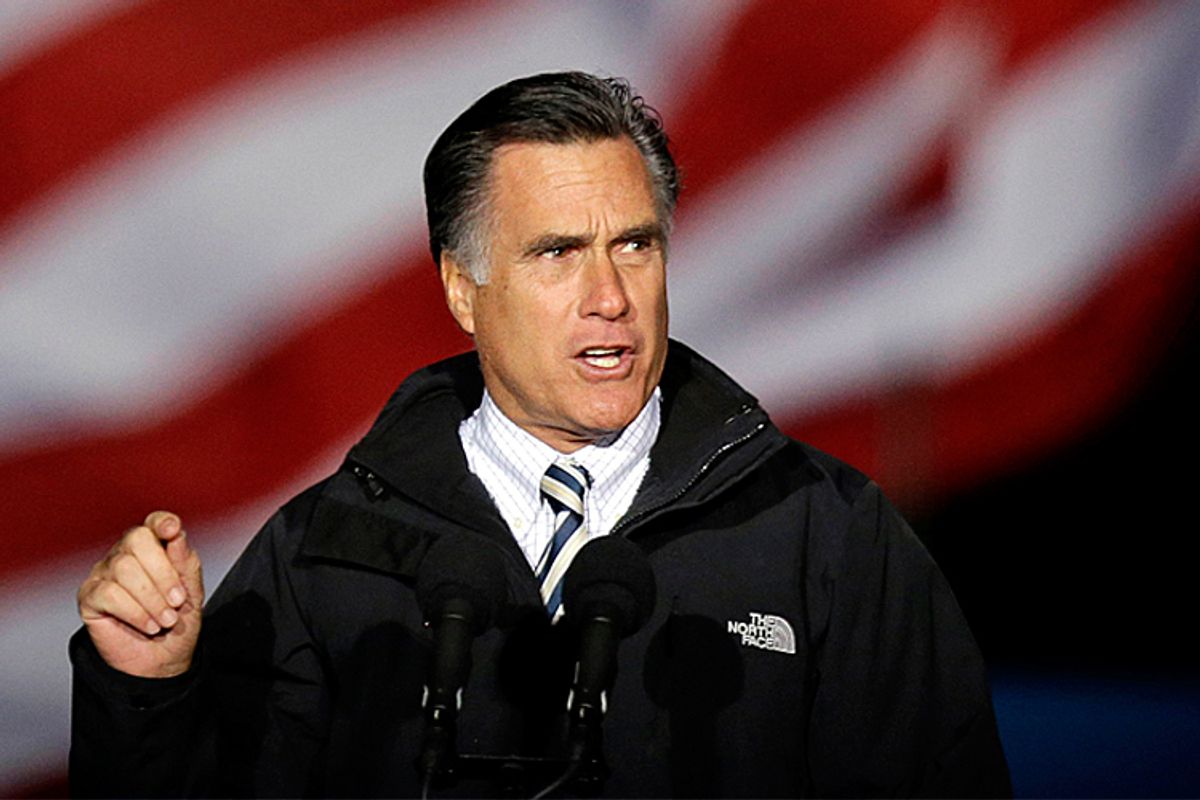 Willard Mitt “Mitt” Romney is, for the third time in as many election cycles, seriously considering a run for the presidency. The question that everyone seems to be asking about this unexpected development is: why? The rationale behind Mitt’s candidacy in 2012 was that he would prove a much better steward of the stumbling economy than Barack Obama – he promised something in the neighborhood of half a million jobs created per month, which would drop unemployment down below 6 percent by the end of his first term. As it turns out, the economy managed to pick up steam without Mitt’s steady, sure hand to guide it (the unemployment rate dropped below 6 percent last September).

So what’s a candidate of business acumen and economic know-how to do when the economy is already on the mend? What rationale can he possibly offer to sell himself as the man America needs now? Well, Mitt’s apparently looking to reinvent himself as a champion of the poor. Per Politico, Mitt “wants to make tackling poverty… one of the three pillars of his campaign.”

The notion of Mitt Romney as the candidate of the poor is, for various reasons, laughable. Much of the policy thinking that animated his 2012 campaign was aimed at improving the lives of the affluent, like his proposal to eliminate taxes on dividends and capital gains. As a matter of policy, he just didn’t care about the poor. And we know Romney didn’t care about the poor because he said the actual words “I’m not concerned about the very poor” on CNN the morning after he won the Florida primary.

Of course, that’s not to say that Romney’s 2012 platform completely ignored America’s less fortunate – his economic policy envisioned deep and catastrophic cuts to the programs that keep them from sinking deeper into poverty. Romney’s tax plan, which was skewed overwhelmingly in favor of wealthy, and would have increased the tax liability of the lowest earners by paring down the Earned Income Tax Credit (which keeps millions of people out of poverty annually) and ending other credits that benefit low-income Americans.

Romney’s overall goal of capping federal spending at 20 percent of GDP (while boosting defense spending and cutting taxes) would have required huge cuts to Medicaid, CHIP, the Supplemental Nutrition Assistance Program, payments for disabled veterans, and other programs that make up the social safety net. The whole idea behind Romney’s budget was to eliminate deficits while refusing to accept any increase in tax revenues, and the only way to do that was to take a hacksaw to the federal programs that aid the poor (if it could be done at all).

So now that Mitt is toying with the idea of another run for the Oval Office as the anti-poverty candidate, can we expect any sort of change from the slash-and-burn conservative budgeting that marked his 2012 campaign? It’s not likely. Mitt’s flirtation with a 2016 candidacy is in part motivated by his concerns that Jeb Bush, the other darling of the Republican establishment, is not a strong enough candidate to win the primaries, let alone the White House. The reason for those concerns? Romney thinks Jeb is too moderate:

In the conversations, Romney said he is intent on running to the right of Bush, who also is working vigorously to court donors and other party establishment figures for a 2016 bid. Romney has tried to assure conservatives that he shares their views on immigration and tax policy — and that should he enter the race, he will not forsake party orthodoxy.

Romney’s 2012 budget proposals were as faithful to party orthodoxy as one could hope for. It was arguably more extreme than Paul Ryan’s “Path to Prosperity” budget proposals, which are generally accepted as the gold standard for conservative budgeting. If Mitt’s plan heading into 2016 is to lurch harder to the right to outflank Jeb, then it’s safe to assume that the nation’s poor would fare even worse under the new Mitt Romney than the old.