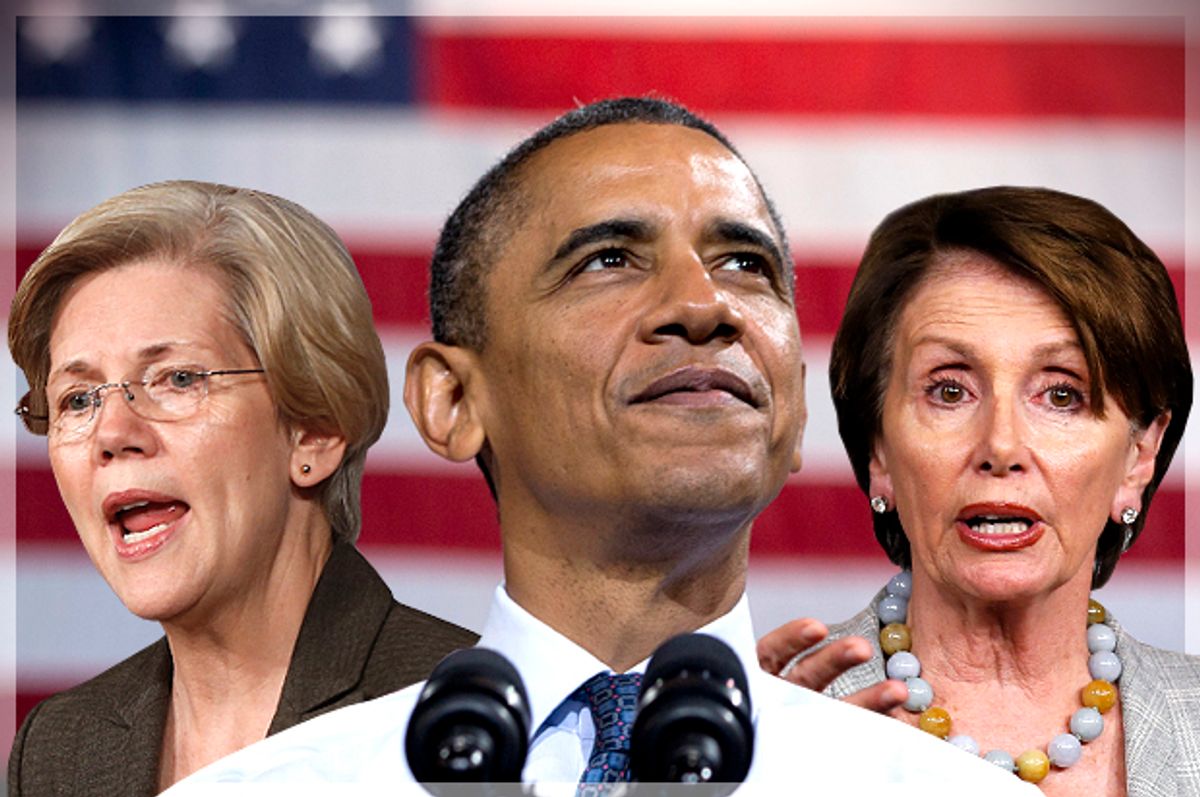 I wrote last week about the encouraging new energy among Democrats to do big things about wage stagnation and the erosion of the middle class – and that was before President Obama proposed free community college tuition, and Rep. Chris Van Hollen, on behalf of the House Democrats, unveiled a plan for massive middle class tax cuts funded by tax hikes on business and Wall Street, particularly a stock transaction tax.

Both proposals have been greeted with a little bit of “meh” by folks I admire, which I’ll deal with in a second. But taken together they mark a sea change in the way Democrats approach rebuilding the broken ladders to middle class opportunity – and the way such a structure might be funded.

I agree with Salon’s Elias Isquith that Van Hollen’s proposal, in part, continues the trend of the “submerged state:” working through the tax code to provide government benefits that Americans don’t recognize as such, like the home-mortgage-interest deduction, thus leaving them free to hate “government.” Jacob Hacker and Paul Pierson likewise talk about “the privatized welfare state,” in which government “tax expenditures” subsidize employers to provide things like health care and (less frequently) pensions, which other industrialized nations largely provide outright. Thus too many Americans believe incorrectly that government only helps lazy slackers, and does nothing for their families.

It’s a strategy pursued by Democrats and Republicans alike: President Clinton lifted millions of Americans out of poverty by expanding the Earned Income Tax Credit, while offering the largest boost to higher education funding since the G.I. Bill with new college tuition tax credits. But since he did it stealthily, through the tax code, Clinton could still boast that “the era of big government is over.”

What I think makes Van Hollen’s proposal different from stealthy, “submerged state” strategies is the way he’s funding middle class tax cuts: with innovative -- and by current standards radical -- new taxes on the top 1 percent, particularly the financial sector. A transaction tax would be a huge deal. So would a provision prohibiting companies from deducting executive bonuses bigger than  $1 million -- unless they could show they’d increased workers’ wages by about 4 percent.

The House Democrats’ plan would also end tax loopholes enjoyed by the top 1 percent, particularly breaks on carried interest income and mortgage deductions for the highest earners. If Americans want to return to the days when government helped build the middle class, they will have to return to much higher tax rates on the very wealthy. Van Hollen’s proposal reinvigorates this stagnant debate.

Take a moment to think about the big social gains made in the 19th and 20th century, thanks to political agitation: from K-12 education to health and safety regulations to Social Security, Medicaid, unemployment insurance and other safety net programs. Then think about how, outside of the Affordable Care Act, government stopped keeping up with social change. At a time when some post-secondary training is crucial, our educational system is stalled in a K-12 model. At a time when researchers recognize the role of early learning – not to mention the role of mothers in the workplace – we’ve likewise failed to build a system of pre-kindergarten education and care.

Between his calls for new preschool funding and now a guarantee of two-year community college access, Obama is finally helping the country catch up. (Of course, if Obama and the Democrats really wanted to do something radical to juice the economy, they’d buy up student loan debt, and pay back the generation of young people who suffered when we decided to privatize so much of higher education funding.)

I’m aware of all the progressive criticism of the president’s proposal. Community college is already fairly well subsidized by grants, plus many institutions don’t have an impressive track record of degree completion. But combined with existing efforts to improve community colleges, Obama’s plan could make a difference.

Like his pre-K proposals, Obama’s community college plan will face Republican opposition and probably won’t go anywhere anytime soon. But for too long Democrats have been constrained by the notion of what Republicans will let them do. Their pinched proposals for change helped lead to another midterm shellacking (although that’s still largely a structural problem relating to who votes in off years.)

Yet low turnout in non-presidential years is tied to the fact that voters think little is at stake. Democrats are finally making clear there’s a whole lot at stake. This is a years-long, maybe decades-long project. But this was a big week.