"Don't throw me in that pot and stew me": Watch Nancy Grace and 2 Chainz debate marijuana legalization

The most unlikely match-up 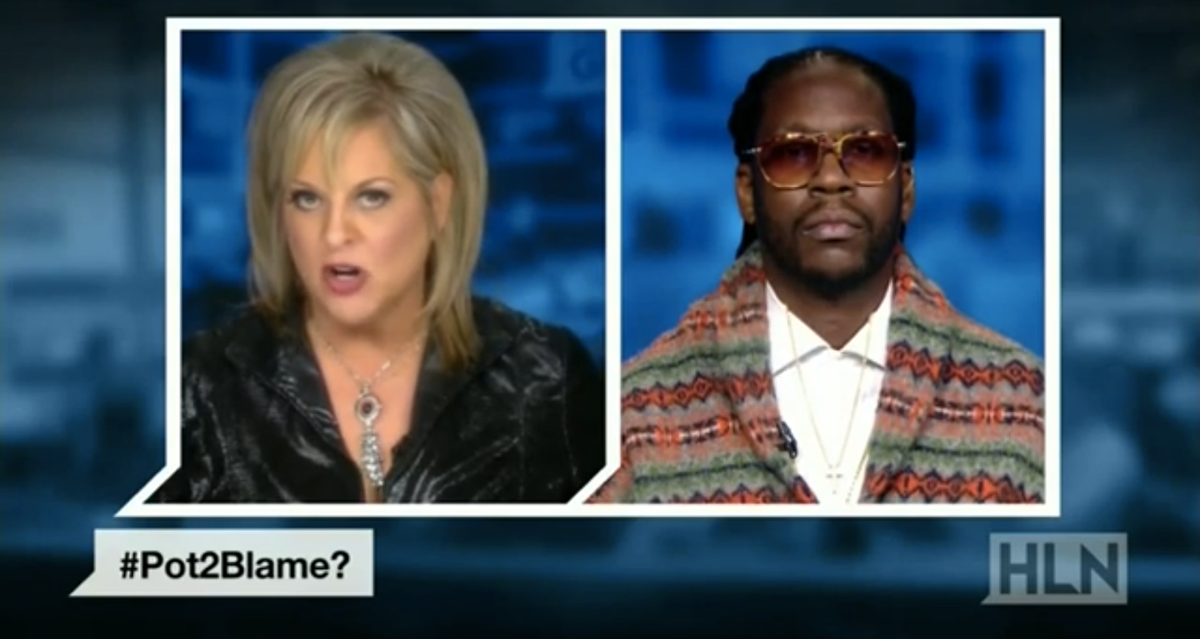 On Tuesday evening, HLN hosted the most unlikely televised debate between yelly legal expert and host Nancy Grace and rapper Tauheed Epps, more commonly known by his stage name 2 Chainz. He was invited on the program so that Grace might convince him that his avid, vocal support for marijuana was misguided.

Grace aired local news footage of parents accused of allowing their infant to somehow ingest pot as a kind of 'gotcha!' move.

"I don't think that you can put a whole umbrella on the community off these two incidents that you just named," Chainz said.

"What community is that, potheads?" responded Grace.

"The stoners community," said Chainz. "I just feel like you can't use these particular stories to define everybody that has recreational use."

"I'm not defining everybody, so don't throw me in that pot and stew me."

By the end, there were no hard feelings. Tity Boi (2 Chainz) posted on Twitter:

Watch the full debate below: