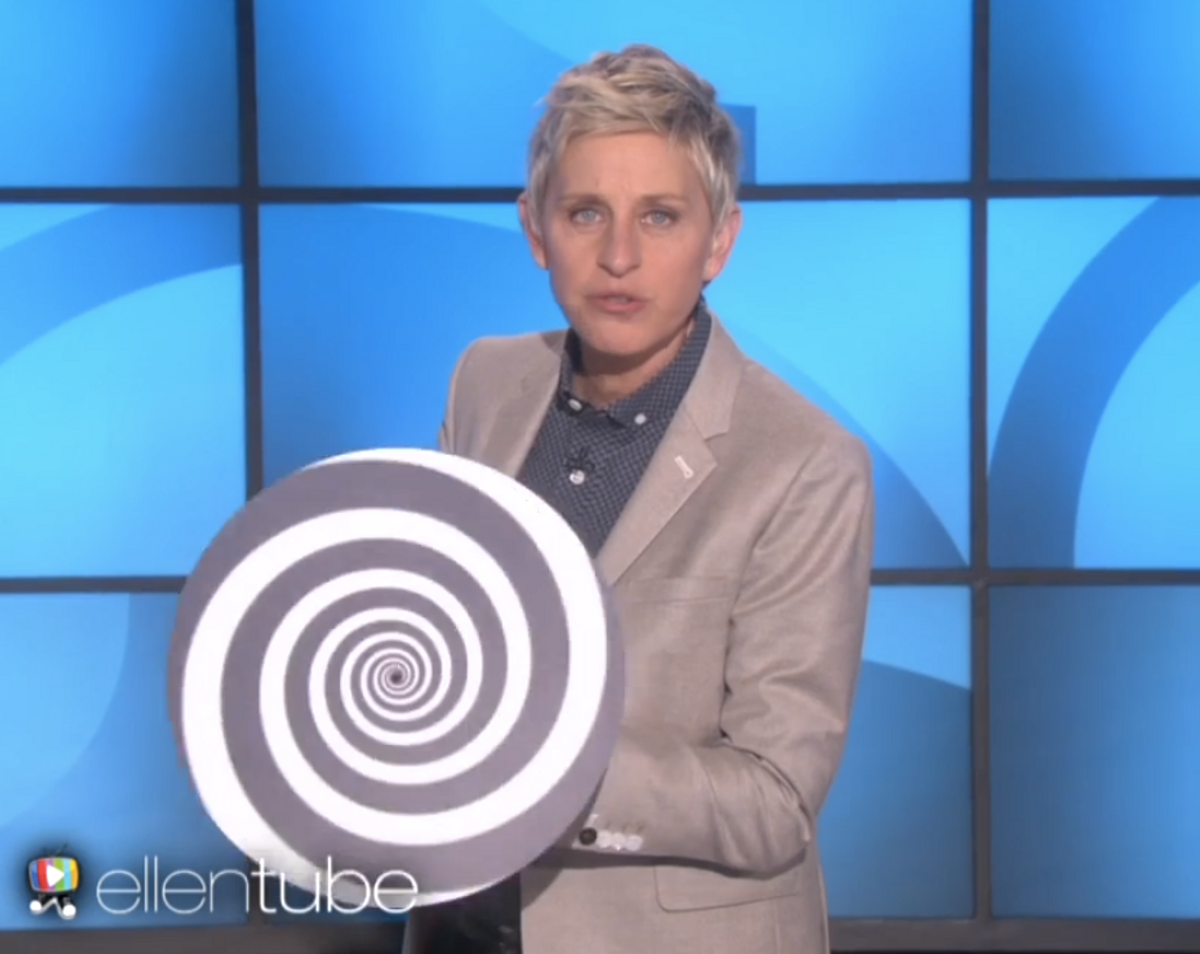 Ellen DeGeneres doesn't often read press about herself, she explained this week on "The Ellen DeGenerous Show." Yet, she made an exception after hearing about pastor Larry Tomczak's op-ed in the Christian Post.

The op-ed, titled "Are You Aware of the Avalanche of Gay Programming Assaulting Your Home?," is a basic homophobic screed, which lists television programming that Tomczak believes is promoting a "gay agenda."

In is bigoted rant, Tomczack singles out DeGeneres stating: "'Ellen DeGeneres' celebrates her lesbianism and 'marriage' in between appearances of guests like Taylor Swift to attract young girls."

DeGeneres's response to the pastor is absolutely perfect: "Attention youth of the world, I want you to live your lives being exactly who you are. Be true to yourself."