And, you know, for being Florida 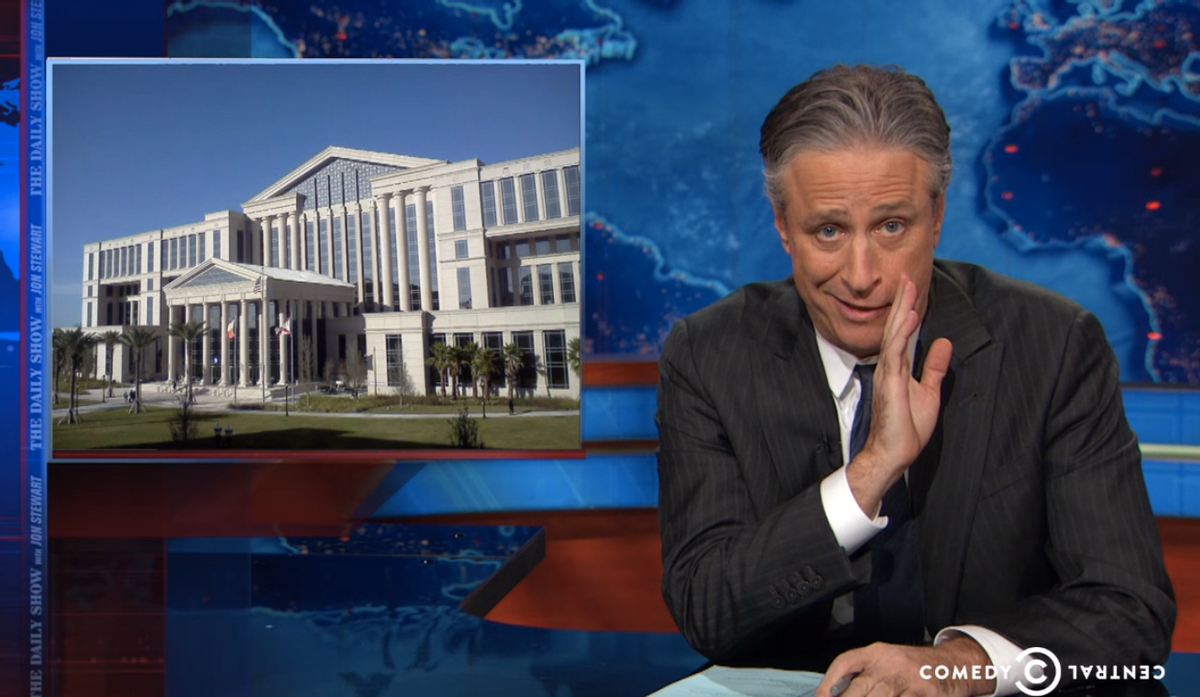 After same-sex marriage became legal in Florida, several counties shut down their entire operation of courthouse marriages -- gay or straight.

"Florida," Stewart stated. "You don't get to judge others when your state motto is 'If Darwin was right we wouldn't be here.'"