The U.S. goalie drew attention to family violence in sports, along with Ray Rice and Adrian Peterson 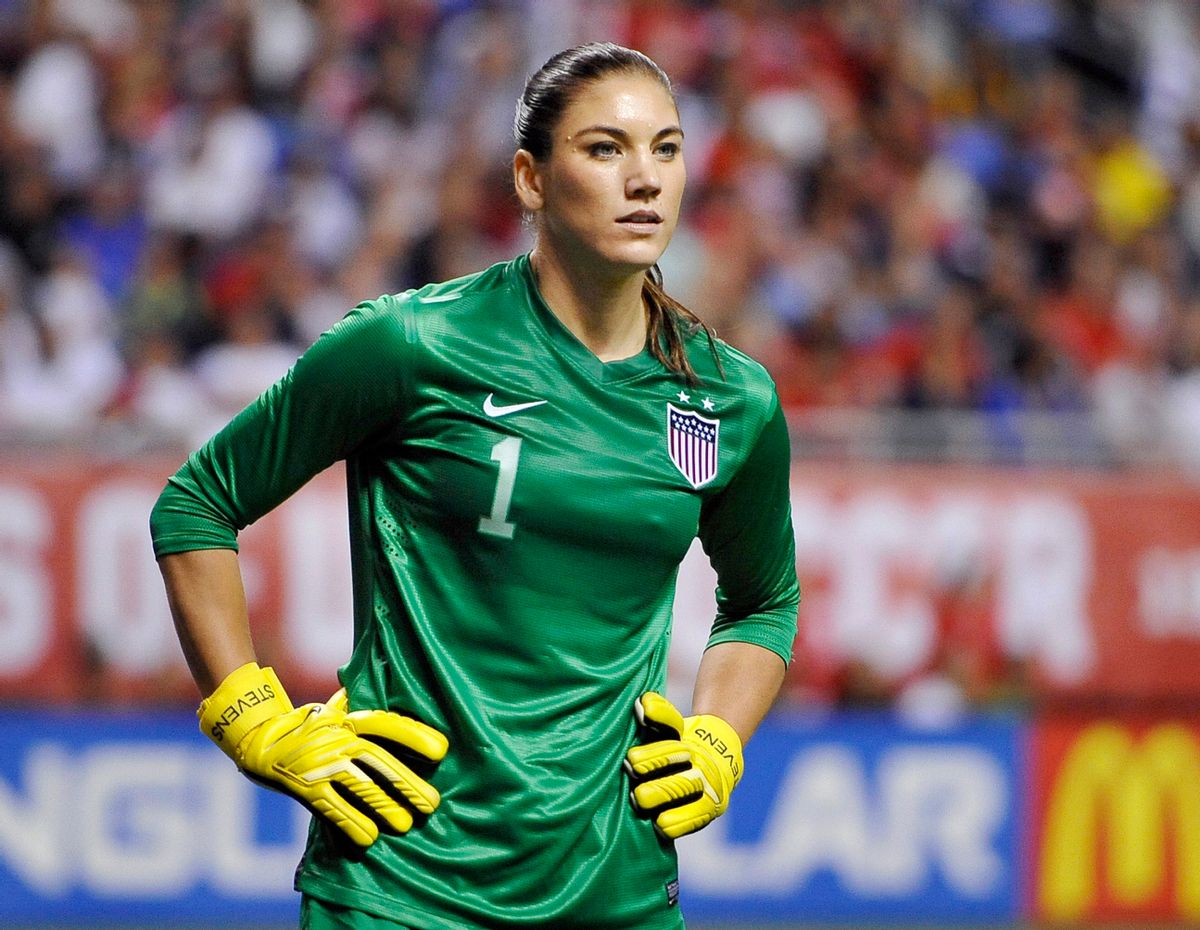 U.S. Women's National goalkeeper Hope Solo had two misdemeanor assault charges against her dropped on Tuesday, and will likely escape punishment by the U.S. Soccer Federation for her involvement in a physical altercation with family members last June. Solo was arrested after police responded to a 911 call from her home, where the player was found with her half-sister and visibly injured 17-year-old nephew.

The police initially determined that Solo was the aggressor, but the New York Times reports that court documents portray her as the victim of assault:

The nephew, who was 17 at the time of the episode, became enraged at a comment Solo made and hit her repeatedly over the head with a broomstick handle, according to court records. The nephew previously said that Solo had been drinking wine and told him that he was “too fat and overweight and crazy to ever be an athlete.”

The teenager called Solo a name, and she attacked him and her half sister, the nephew said in court documents. The documents said the nephew had scratch marks and a torn T-shirt. Solo has been ordered to stay away from the two and refrain from drinking alcohol.

According to Solo's attorney, neither her half-sister nor her nephew would agree to be deposed, and both changed their stories. Had the player been found guilty or accepted a plea deal, she likely would have faced suspension by the U.S. Soccer Federation and would have been ineligible for the Women's World Cup, which will take place in Canada this summer. Solo's ordeal drew moderate attention in the fall amidst growing focus on domestic violence disputes in professional sports, instigated primarily by the Ray Rice and Adrian Peterson investigations.