5 signs the U.S. economy is shakier than it looks

Don't buy that new car just yet. The middle class is still shrinking, and inequality is hurting economic growth 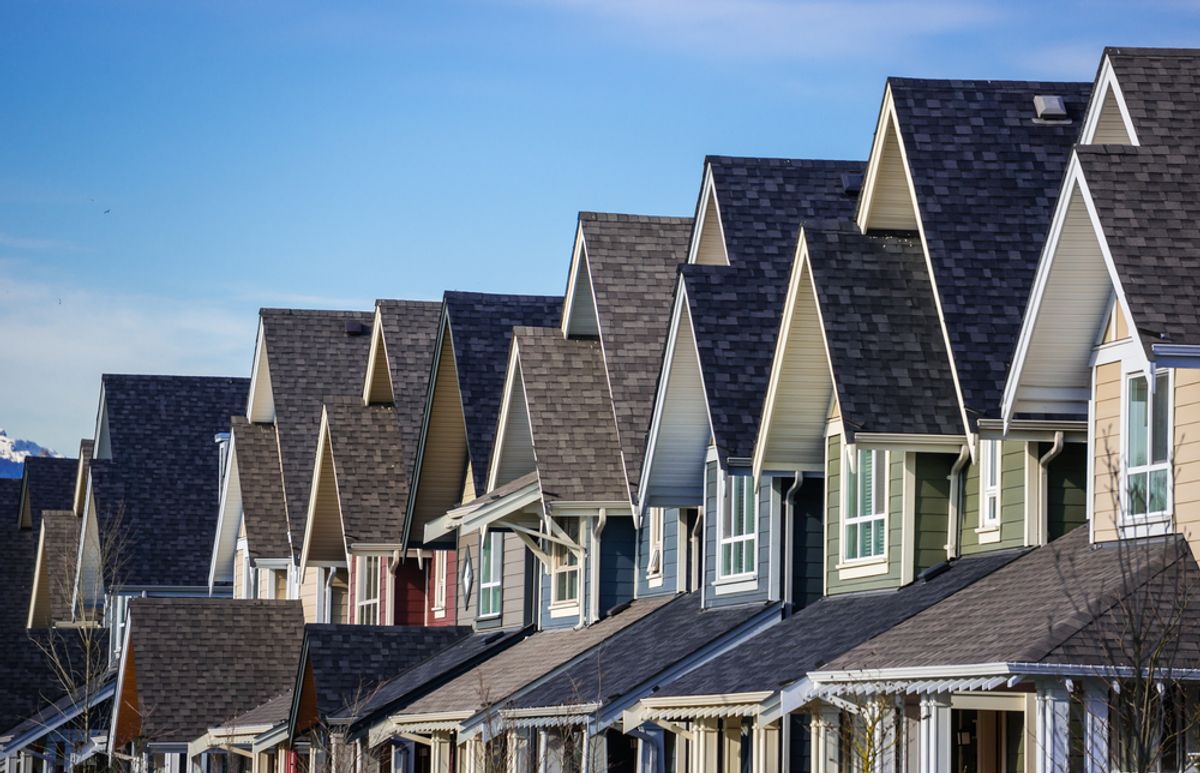 Lots of people are cheering that the U.S. economy has shown signs of strengthening. The stock market looks to be doing better than anyone expected, and unemployment is under 6 percent. But are things really as good as they seem? We are a bit skeptical. Let’s take a look at some signs that things are not altogether well in the American economy.

1. The middle class is still shrinking.

It’s no secret: The American middle class is in rough shape and is no longer the world’s beacon of economic opportunity. The latest jobs report data shows not stagnant, but falling wages, the bulk of it happening with nonsupervisory workers. That is very bad news.

Then there’s the fact that the share of the nation’s economic gains going to the middle class has fallen to near-record lows. As the costs of childcare, higher education and housing keep going up, more folks feel the squeeze. Obamacare has done a number on people in the middle, who are mostly not entitled to subsidies and must therefore pay an outsized portion of their income for insurance.

The shift from a pension system to the 401(k) has been a disaster for the middle class, and Republicans will try their best to tear away at Social Security and other programs that help people stay out of poverty. The decimated middle-class has been blamed for store closings and a host of other economic ills, and unfortunately, the trend of policy tilted to favor corporations and America’s financial elite means that relief will be hard to find.

As America’s middle class has shrunk, income inequality has steadily grown in the U.S. Steven M. Fazzari and Barry Z. Cynamon, in reports for the Institute for New Economic Thinking’s project on the Political Economy of Distribution, find that growing inequality is directly linked to America’s slow recovery in the wake of the Great Recession.

The researchers discuss the fact that if the bottom 95 percent does not have money to spend, this in turn impacts things like job creation. Before the financial crash, the bottom 95 percent was borrowing to keep up, but now credit is not as widely available and so there hasn’t been enough spending to boost the economy. America’s production has therefore started to become geared toward high-end consumers. As they put it, “we are moving more and more to a society in which the work of the middle class….goes to serve the consumption of the affluent [which] may ultimately lead to social tension and a growing sense of injustice in our economy.”

Unions ensure that American workers have the purchasing power they need to drive the economy. Their weakening crushes consumer demand and acts as a driving force in destabilizing economic inequality. Unfortunately, federal government labor statistics show a decade of declining union membership across the country.

Recent trends are not promising: a 2014 U.S. Supreme Court ruling which excludes certain government workers from being compelled to pay union dues was a blow to collective bargaining. The midterms saw re-elections for anti-union governors Scott Walker of Wisconsin and Rick Snyder of Michigan, both states with a long history of strong labor movements.

In the next two years, expect Republicans, who now completely control 24 states, to go to any lengths to weaken unions, especially at the state level. They’ll be churning out "right-to-work" bills and proposing measures designed to decrease the share of income that goes to working people. On the positive side, the AFL-CIO recently held a “Raising Wages” summit keynoted by Sen. Elizabeth Warren, which proposed a new way forward for the Democratic Party to focus things like higher minimum wages, but that’s not nearly enough. Higher minimum wages don’t help enough when you're insecure or part-time, you don’t know what your work schedule is from day to day, or if you don’t have a job at all.

4. The world economy is in trouble.

Just as the U.S. seems to be improving, the global economy is not looking so good, with the possibility of a prolonged downturn in Europe most worrisome. Europe appears to be sliding into deflation on a continent-wide basis, a problem that carries with it the prospect of a much steeper fall. There are serious financial worries in the air because some banks could go down if Greece or other countries restructure debt. The bank situation could hit the U.S. through credit default swap purchased by American financial companies. Remember AIG in 2008? If you do, you will not have to guess who will be on the hook if these companies fail. You, the taxpayer, that’s who!

A slowdown in China seems clear, which pulls down almost all the rest of the developing world — countries like Brazil and Russia — in terms of stable exports. Experts are concerned that many third-world countries have borrowed in dollars — and the dollar is rising, close to a 10-year high (Europe has also increased the demand for dollars). This can cause a number of serious problem. For foreigners, it becomes much more expensive to pay back borrowed dollars. On the U.S. side, American exports fall as the dollar rises. All of which causes economic instability.

Which brings us to the next topic: the chance of another catastrophic blowup.

Let’s face it, too-big-to-fail banks are still a giant threat, and they are still too big to regulate. The Republicans — with many Democrats — are rolling back significant pieces of the Dodd-Frank legislation meant to curb Wall Street excess. Just two weeks ago, the banks got their way in the congressional budget, which gave them permission to move risky derivatives into the insured portions of the bank. Crank up the casino! Again, guess who will be asked to pay to clean up the mess when speculation fever takes over? You, the taxpayer.

There’s also the matter of a nasty mess known as the shadow banking system, which involves stuff like hedge funds, trust companies and financial firms other than banks. It played a huge role in the last financial crisis, and it’s growing again. Nobody really has a handle on it, but what is known is that shadow banking increases the chance that systemic risk will be set off from the gaps that exist between it and traditional banking.

The global financial system is fragile, and the fact that developing countries will have trouble paying back dollar loans given the strong dollar is a formula for disaster. It means companies are more likely to go bust, which leads to defaults, which means that whoever made the loans is out the money. The world is deeply interconnected financially, and it only takes one piece of the web to fray for the rest to start unraveling.