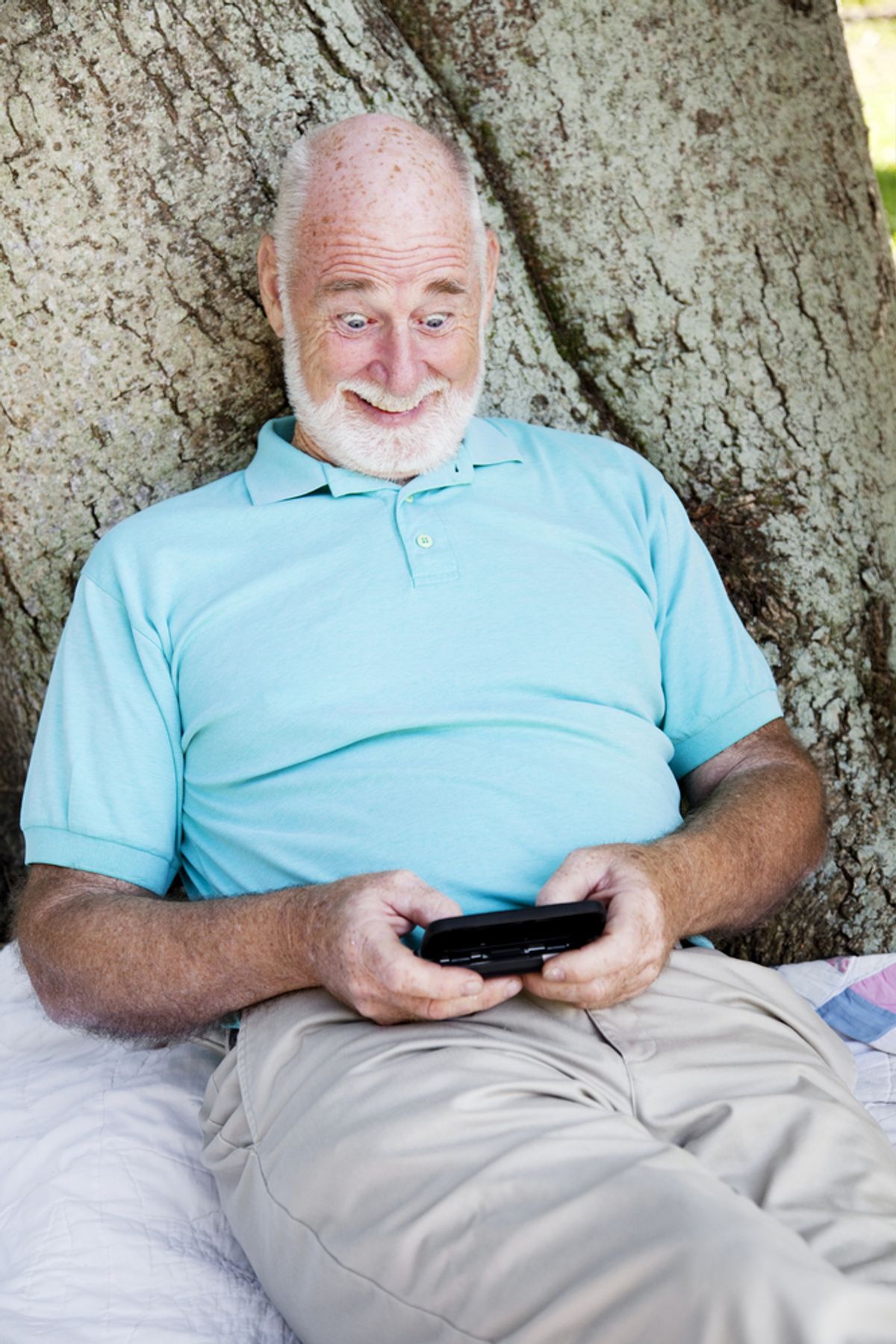 Until recently, "60 Minutes" correspondent Steve Kroft was best known for reporting from dangerous war zones and interviewing United States presidents. Then just a few days ago came a salacious expose from the National Enquirer detailing the three-year affair the 69-year-old had with a 41-year-old Manhattan lawyer. The tabloid revelations ranged from the predictable (an older millionaire philandered with much younger woman) to the boringest edge of kinky (he once poured champagne down his lover’s ass crack and drank it). But what seemed to interest the Internet most was the news that Kroft had been an avid, and active, sexter. “Just ordered out. Would rather be eating your pudding,” he wrote in one message. Another read, “Miss you and all that goes with it. Especially my favorite tastes and colors…pink and brown.” In this post-Weiner, post-Favre age of dick pics and leaked nudes, the angle of the online coverage helped explain why such comparatively tame material was getting so much attention. (“Sexting! It’s not just for the youngs anymore,” proclaimed one outlet.) It wasn’t just that a “serious journalist” had written naughty notes to his lover, as lovers have been wont to do forever. The Internet was weirded out by a man of grandfatherly age -- and by extrapolation, lots of other old people -- sexting.

But what’s to be weirded out about, considering that studies find more than 50% of American adults have sent or received naughty pictures, videos, emails and texts via their mobile devices? Understanding the reaction to Kroft’s dirty messages requires poking at our collective discomfort with, and mystification of, senior sexuality. ("Dear Olds, stop sexting. You're doing it wrong,” one Gawker commenter wrote.) Our society and media have so thoroughly desexualized old people that the randy senior citizen has become a caricature, the stuff of comedic archetypes. “Dirty old men” from Benny Hill to Johnny Knoxville’s Bad Grandpa pathetically chase women against a backdrop of yakety sax and laughter. Thanks to an added layer of sexism, “horny old ladies” and “cougars” are so anathema I can’t even think of famous examples to cite. The assumption of senior asexuality makes a mockery of not just senior sex but, in this case, senior sexts. It’s an idea that’s ageist at best, and hopelessly out of touch with reality at worst. Because old people are totally doing it. Like, a lot.

The proof’s in what might be called the pudding if Steve Kroft hadn’t permanently ruined that word for all of us. A 2007 New England Journal of Healthstudy found that 73 percent of people between the age 57 to 64, 53 percent of people 64 to 75, and 26 percent of those 75 to 85 answered in the affirmative to having done “it” at least once in the last year. The majority of those folks said they were having sex at least two to three times a month. Not that you asked for more details, but the New England Journal of Healthcertainly did, and it turns out that nearly 60 percent of respondents under the age of 75 reported they were also having oral sex, as were more than a third of those up to as old as age 85. So at the very least, a quarter of people pushing 90 are still getting their rocks off in multiple ways a few times a month. (And plenty of them aren’t bothering to use protection. The CDC reports that STDs among people 65 and older are spreading like wildfire.)

Like the rest of us, older people are taking all that horniness and longing and channeling it into messages that can be sent to the objects of their lust with the simple push of a button. As we increasingly live out our lives online and via our smartphones, it makes sense that those machines are now the primary origins and destination points of our communications, intimate and otherwise. Why should seniors be any different? A 2012 Harris Interactive study found that 10 percent of adults over the age of 55 admitting to sexting. But an even more recent Futures Company survey of people age 50 to 75 found that the numbers are even higher. According to the report, 97 percent of those age 50 to 75 spent time online every day. Eighty percent, or four out of five, also took part in social media platforms, like Facebook and Twitter. Thanks to all that time spent in virtual spaces, many of the respondents found themselves sending intimate information via their phones and laptops. In fact, almost a quarter said they had sent or received private, personal pictures, texts, emails and pictures. In other words, there’s a decent chance your parents or grandparents have sexted before. It may not be the tech news you were waiting or expecting to learn, but you can’t argue with science.

Those numbers will only to continue to grow as Baby Boomers, born during the birth explosion just after World War II through 1964, continue to age into seniors. As of 2012, Boomers represented nearly a quarter of America’s population, with a staggering 10,000 turning 50 every single day. The number of Americans age 65 and older is set to grow exponentially as the biggest generation in U.S. history continues to gray. So if current trends continue in the direction they’re headed, and common sense and all experience suggest they will, those Boomers will probably bring their sex drives with them to each new medium as it develops.

Which is news that has its perks. With the increasing likelihood that Boomers will be sending racy content in the near future, now might be a good time to start a campaign to get people like Johnny Depp and Denzel Washington more involved in social media. If only to drown out all those naked tweets from Geraldo Rivera coming our way.