Religion is a scapegoat: The problem isn't Islam — it's power

Following the Charlie Hebdo attacks, critics have rushed to condemn the Muslim community. Here's why they're wrong 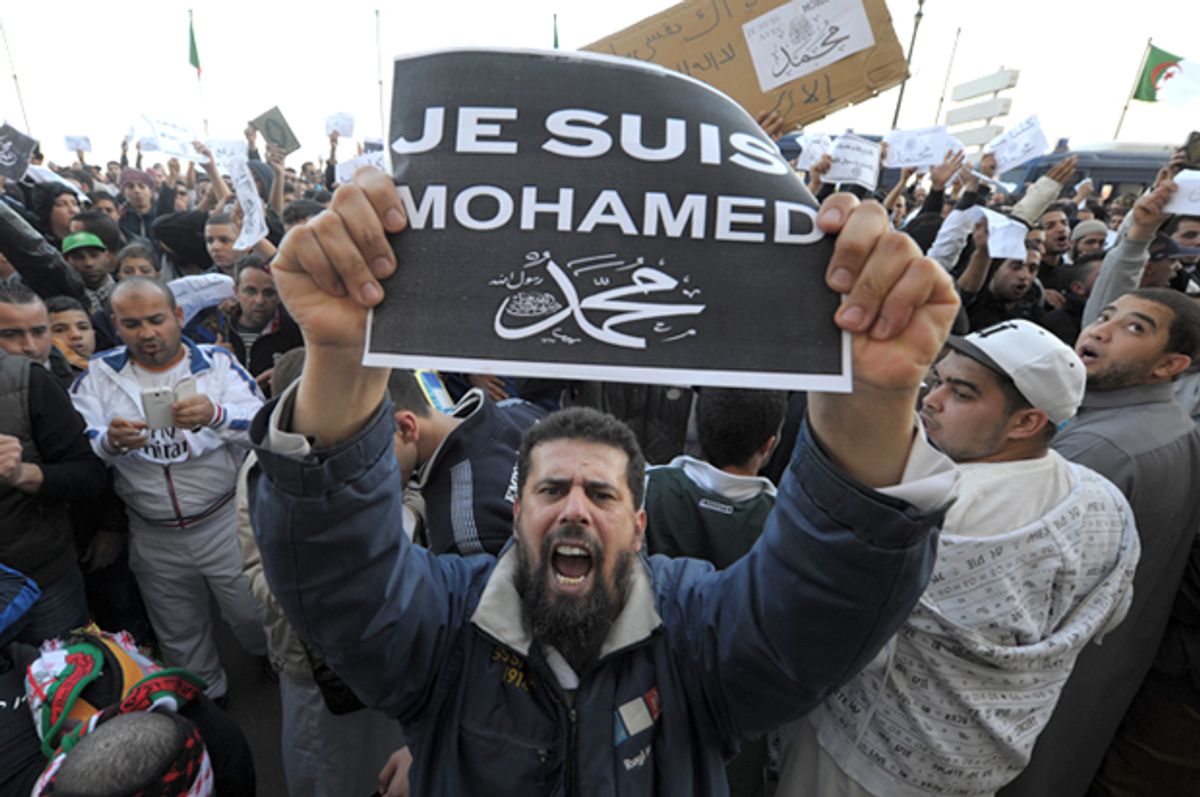 Even as the horrific terror attack in France was unfolding, the spotlight of blame was being placed on the religion of Islam. This blame has been severely misplaced.

As a liberal atheist, I sincerely believe that religion has the ability to bring about personal and societal harm; but if we think we can excavate the entire problem of terrorism into the light of day by blaming it solely on religion, Indiana Jones would tell us that we’re digging in the wrong place.

I’d argue that terrorism — and religious fundamentalism generally — arises primarily out of a preoccupation with power. Not power in the sense of brute physical dominance over others, which acts of terrorism surely are, but power as the basic psychological drive of the human animal. The thwarting of that drive is the root cause of both terrorism and violence generally.

Nietzsche was the first thinker to come up with the idea of a “will to power” as an alternative to a “will to life” as the prime mover of human behavior. As he wrote in "Thus Spoke Zarathustra," "Wherever I found the living, there I found the will to power. Only where there is life, there is also will: not will to life but will to power. There is much that life esteems more highly than life itself.” It’s all too obvious that those who risk their lives to commit terrorism and other acts of violence value their cause more than their life.

In his posthumously published notes, Nietzsche described this power-will in organic terms, writing that “every living thing reaches out as far from itself with its force as it can,” and concluded that “all expansion, incorporation, growth means striving against something that resists.” It’s obvious that we humans strive to grow and flourish in life. And it’s equally obvious that there are barriers to flourishing, starting with one’s own shortcomings.

But society offers even more stumbling blocks to personal fulfillment than one’s own nature does. As Albert Schweitzer once wrote, “I am life that wills to live in the midst of life that wills to live.” In other words, everyone is out to get their slice of pie, but there’s only one pie — and it’s fairly small. Translated into Nietzsche’s power-language, everyone is trying to exercise his power-will, and because of that, everyone eventually runs face-first into a wall of frustration.

Religion offers a unique way to deal with this dissatisfaction. Religious fundamentalism in particular is a seductive bulwark from which a person can exercise his personal power with all the self-righteousness that comes with identifying with the ultimate power in the universe, God. As Nietzsche wrote long before modern terrorism came into vogue:

In sacrificing and immolating yourselves with such enthusiasm, you delight in the intoxication of the thought that you are now one with the powerful being, God or man, to whom you are consecrating yourselves: you revel in the feeling of his power, which is again attested by this sacrifice. In reality, however, you only appear to sacrifice yourselves; for your imagination turns you into gods and you enjoy yourselves as such.

Radical clerics and other leaders of Islamist movements are all too happy to exploit this situation with their over-the-top rhetoric and cherry-picking of religious texts. And there is a similar dynamic at work with Christian fundamentalism in America. The difference between radical Islam and fundamentalist Christianity is one of degree and not of kind — fundamentalists in America oppose things like LGBT equality and women’s reproductive rights, and secularism generally — because they want power over society. They want to control who does what, and create a place where they feel comfortable, one that’s in line with their values.

It’s worth noting, though, that Christian fundamentalists don’t usually resort to violence — although it does happen — nor do American Muslims. In the first instance, this is probably because, as just noted, Christianity already enjoys a tremendous amount of influence in American society — and has since its inception. And in the second instance, Muslims in the United States are “overwhelmingly satisfied with the way things are going in their lives,” according to a 2011 Pew study, “and continue to rate their communities very positively as places to live.”

This might also explain why there haven’t been many homegrown, “lone wolf” Muslim terrorists in America—American Muslims just don’t feel alienated from the rest of society like French Muslims do. Even though they have the same access to the messages of radical Imams and other passionate advocates of jihad, the power-will of your average American Muslim finds plenty of satisfaction. Recourse to extreme measures is unnecessary. The siren song of religious fundamentalism is just another strain amid the pluralistic cacophony of American life.

Of course another factor driving Islamic terrorism is the long history of Western imperialism. It’s like an unfavorable wind blowing the power-will fire in our direction. Without it, terrorism could still take hold, it just might not reach as far. Islamic fundamentalists like ISIS would still have their own imperial aspirations, treating those in their way — primarily their fellow Muslims — as subhuman obstacles to be eliminated. But Western imperialism can’t be written off as irrelevant to the current state of affairs.

Consider the plight of Muslims over the past 60 years or so. The creation of the state of Israel, combined with the rearrangement of the Middle Eastern map, without any real consideration for the effects on the people themselves, has caused a tremendous amount of political and social chaos. Totalitarian Arab rulers, often propped up by Western support, have arisen and oppressed their own peoples for decades, and when emigrants from those countries settle in Western nations, they are subject to economic and political discrimination there, too. The Muslim power-will is thwarted on nearly every level.

And even when Muslims communities aren't treated with outright hostility, they're still viewed with suspicion, as monolithic groups sharing or abetting in the prosecution of terrorist ideologies. As the aforementioned 2011 Pew study also found, “nearly half (48 percent) say that Muslim leaders in the United States have not done enough to speak out against Islamic extremists; only about a third (34 percent) say Muslim leaders have done enough in challenging extremists.” It seems that the best we Westerners can do is continue to support our military and diplomatic efforts against Islamic extremists, while ineffectually and offensively wringing our hands at Muslims who are for some reason accountable for the actions of those extremists.

I would propose a different path forward. By acknowledging the importance of the basic psychological drive of the human animal at work in terrorism, we can foster a sense of solidarity with those in the Muslim world — who are also the victims of it — by refraining from attacking their religion. We can stand with Charlie while also recognizing that we don’t stand against a specific religion from which 1.8 billion people derive their personal identity and sense of self-worth. We need the combined power of us and them to combat the perverted power drive of a relatively small but fiercely committed group of ideologues.