"A verbal waterboarding": The worst right-wing reactions to the State of the Union

From homophobic wisecracks to dopey attacks on community college proposal, the worst right-wing reactions to SOTU 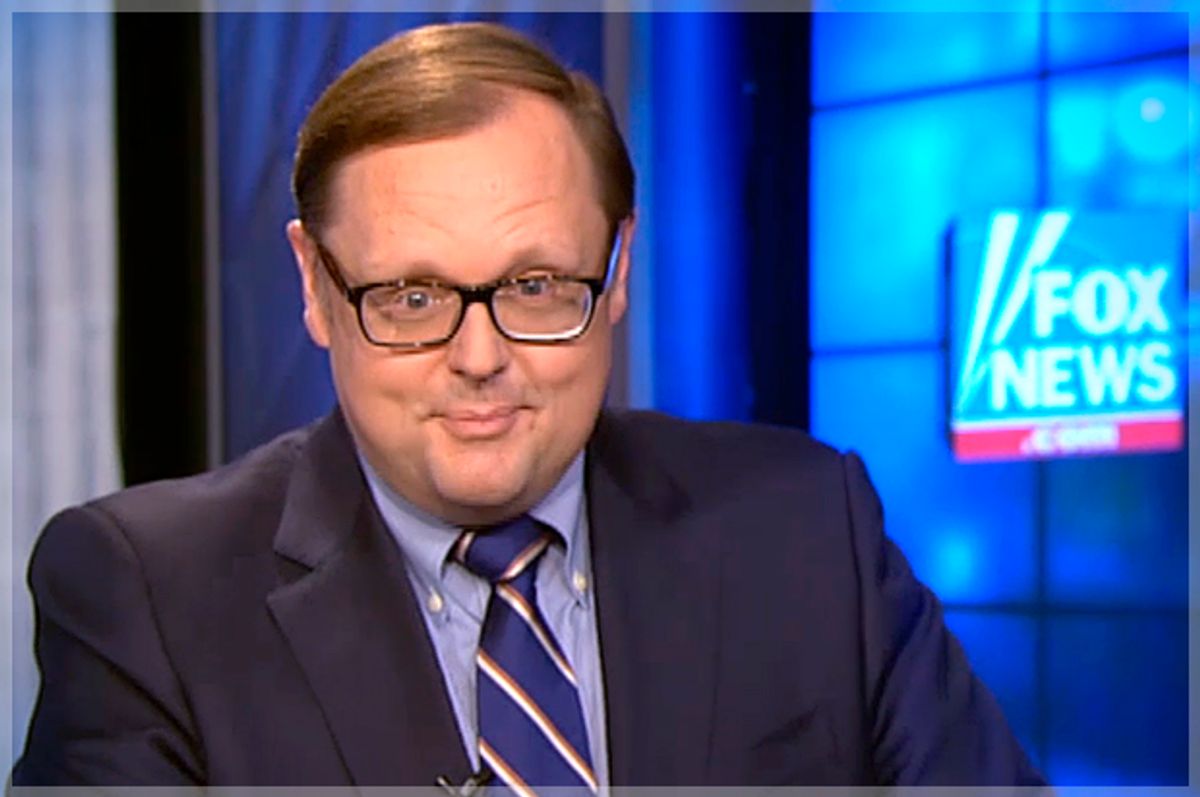 President Obama delivered his penultimate State of the Union address on Tuesday night, and while many conservatives opted not to watch the Kenyan Marxist dictator discuss his tyrannical proposals for middle class tax cuts and free community college, right-wing Twitter seized the occasion to attack the president and his policies in terms that were ranged from the just plain dopey to the downright demented.

Echoing Iowa Congressman Steve King, who assailed the presence of a "deportable" in the first lady's box at the speech, Fox News commentator Todd Starnes lambasted the Obamas for inviting an unauthorized immigrant who benefited from the administration's Deferred Action for Childhood Arrivals (DACA) program to the speech. Starnes called the woman, who was brought to the U.S. by her parents as an infant, a "lawbreaker":

After the speech, Starnes wrote that Obama had just put Americans through "a verbal water boarding":

Speaking of U.S. torture and detention practices, Starnes' Fox colleague Kimberly Guilfoyle had one of the hotter takes on Obama's renewed call to close the U.S. detention facility at Guantanamo Bay, Cuba. Guilfoyle insisted that the prison should actually be expanded -- a proposal put forward by Mitt Romney in 2008, as he groveled before skeptical conservatives during his first White House bid:

During the speech, Obama also discussed the United States' diplomatic rapprochement with the island nation that hosts the facility, which provided inspiration for GOP strategist Rick Wilson to make a gay sex analogy:

Sex was also on Breitbart News' Ben Shapiro's mind, in his case after Obama called for Congress to allow diplomacy to work its course as international negotiations over Iran's nuclear program continue:

On the domestic front, as well, conservatives found much to object to; the Federalist's Mollie Hemingway summarized much of the right-wing reaction thusly, blasting the president's support for reproductive freedom and his call to raise taxes on the wealthiest Americans to pay for middle class tax relief:

Rare's Brandon Morse was no fan of Obama's proposal for paid sick and family leave for American workers. The president noted that America lags behind much of the industrialized world on paid leave, but Morse appears to be quite alright with this aspect of American exceptionalism:

Obama wasn't the only official present who came under right-wing fire. National Review's Jonah Goldberg offered this knee-slapper about Elizabeth Warren knitting a Soviet flag during the speech:

Goldberg's National Review colleague Benny Johnson, for his part, insinuated that it was somehow hypocritical for Rep. Jared Polis (D-CO) to show support for low-wage workers, given that he is personally wealthy: