GOP climate denial doesn't get any more desperate than this 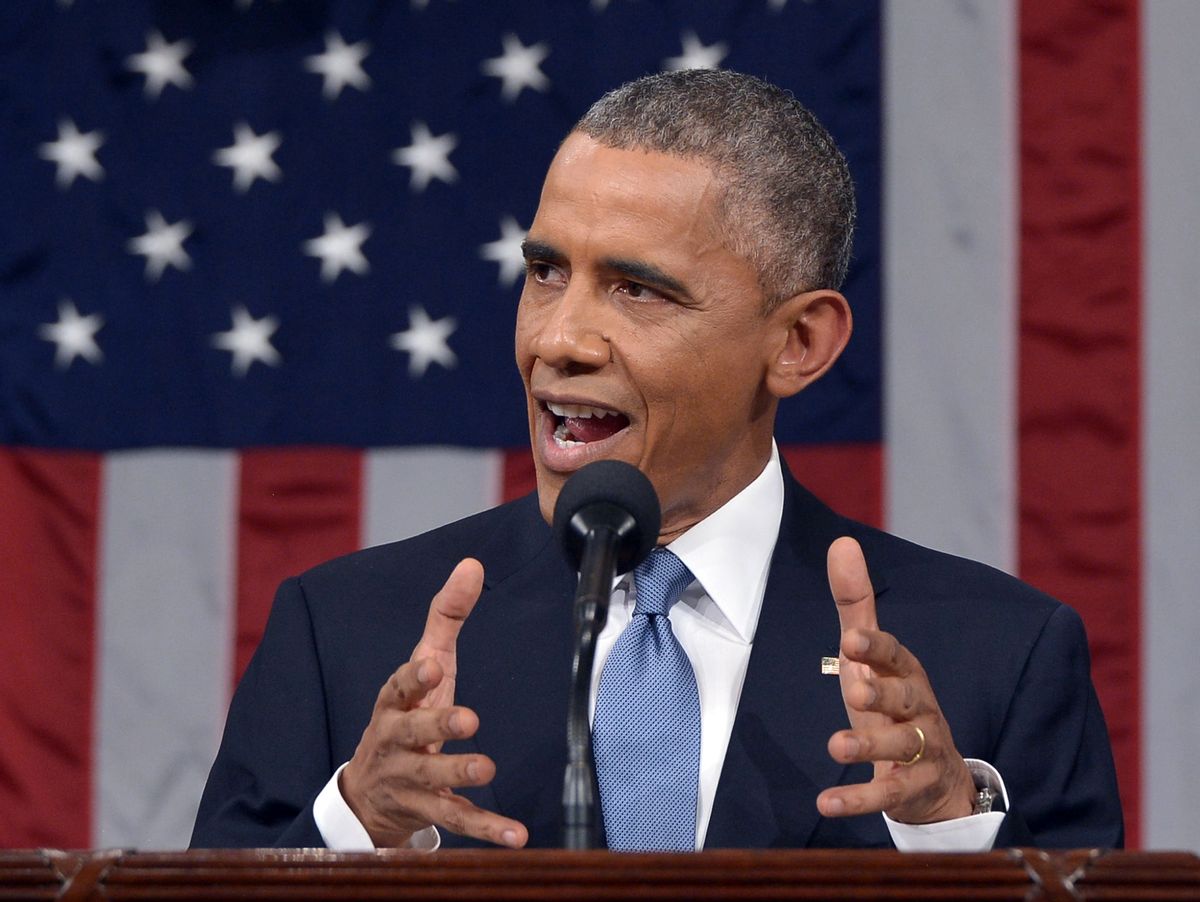 President Barack Obama delivers his State of the Union address to a joint session of Congress on Capitol Hill on Tuesday, Jan. 20, 2015, in Washington. (AP Photo/Mandel Ngan, Pool) (AP)
--

It was obvious that President Obama was going to rankle some feathers Tuesday night when, during his State of the Union address, he directly turned on leaders trying to ignore climate change. "I’ve heard some folks try to dodge the evidence by saying they’re not scientists; that we don’t have enough information to act," the president said. "Well, I’m not a scientist, either. But you know what  -- I know a lot of really good scientists at NASA, and NOAA, and at our major universities."

What maybe wasn't as clear was just how far House Republicans are willing to take their denial -- like, say, cutting out the entire segment of the speech containing Obama's retort.

ThinkProgress draws our attention to a video of the address uploaded to House Speaker John Boehner's official YouTube account and "enhanced" with Republican commentary on the president's assertions. Right after Obama starts talking about how 2014 was the hottest year in a long-term warming trend, at the 43:25 minute mark the video mysterious cuts ahead, skipping over the "I'm not a scientist" dig:

The slopping editing also cuts out the whole section in which President Obama details the very real threats those scientists have concluded we're facing as a result of climate change. You know the ones:

The best scientists in the world are all telling us that our activities are changing the climate, and if we do not act forcefully, we'll continue to see rising oceans, longer, hotter heat waves, dangerous droughts and floods, and massive disruptions that can trigger greater migration, conflict, and hunger around the globe.

It then skips over "the Pentagon says" to cut back in for: "...climate change poses immediate risks to our national security. We should act like it.” It sure does sound a lot less threatening when you leave out the previous stuff.

It's unclear whether the edits were intentional -- as of this posting, the video's no longer on the House GOP's official website -- and even less clear why the video also leaves out the part of the address in which Obama says: “As Americans, we respect human dignity, even when we’re threatened, which is why I’ve prohibited torture, and worked to make sure our use of new technology like drones is properly constrained. It’s why we speak out against the deplorable anti-Semitism that has resurfaced in certain parts of the world.”

But if it was a mistake, it sure was an ironic one: in the interest of "get[ting] the facts," the video leaves out some of the most important ones -- and proves Obama's point in the process.