Sleater-Kinney and "Broad City" discuss feminism, music and rules for pooping on tour

It's all about "the unapologetic obliteration of the sacred" 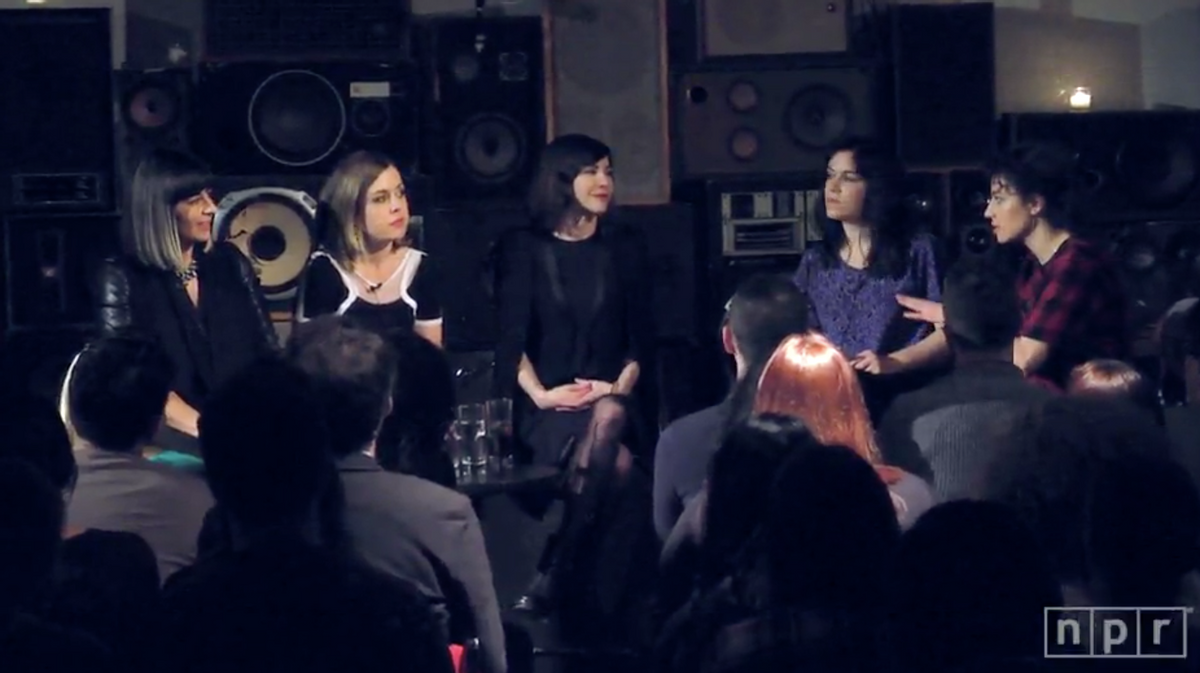 The comedic duo from "Broad City" sat down to chat with the recently reunited band Sleater-Kinney. The end result was alternately enlightening and rollicking.

NPR served as the catalyst for this perfect equation -- five talented, funny, all-around badass women (on tall swivel chairs) discussing music, feminism, "the unapologetic obliteration of the sacred," and of course, the rules for pooping on tour.

On Tuesday, Sleater-Kinney released their first new album in a decade ("No Cities to Love"), and the second season of "Broad City" created by the uproarious duo of Ilana Glazer and Abbi Jacobson aired last week. Watch the interview below via NPR: