"Song One": Why I can't hate Anne Hathaway's Brooklyn romance

Mock if you must, but the loved and hated star's NYC folkie love story has modest charms, and zero attitude 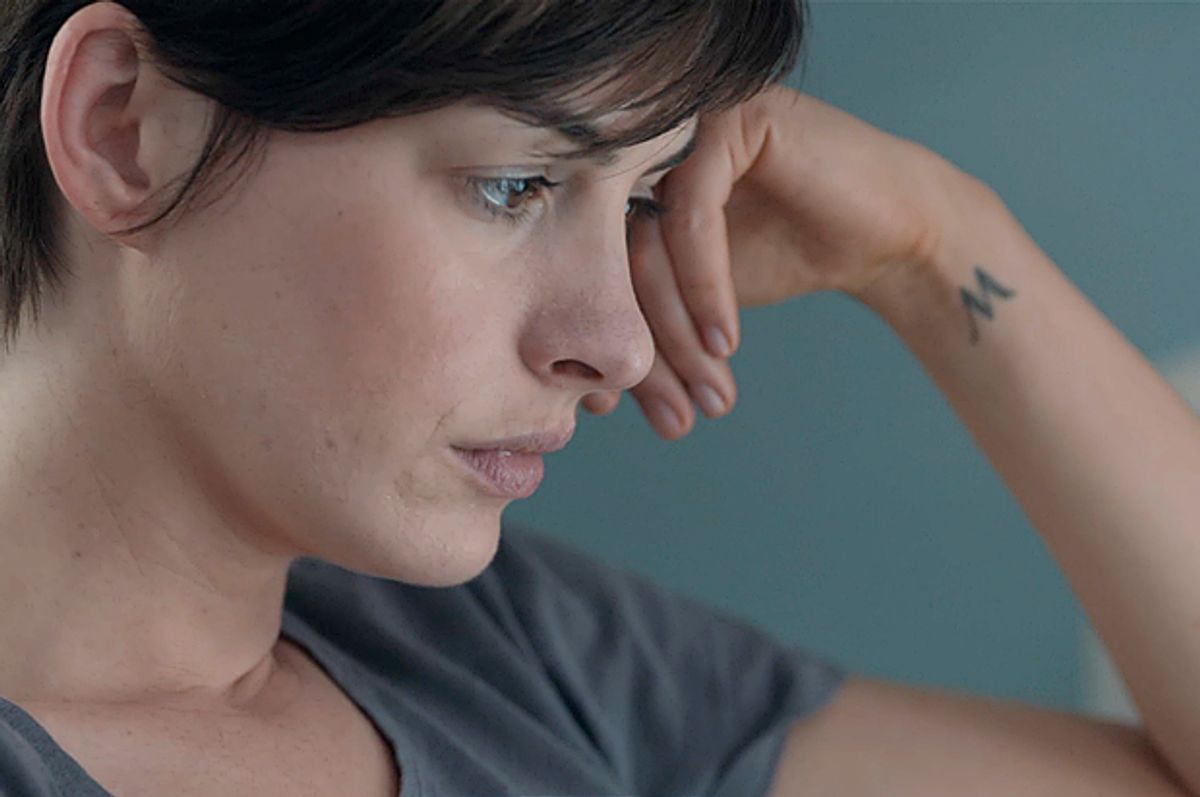 Anne Hathaway in "Song One"
--

I thought I was ready to dump a load of snarky, subtextual analysis all over “Song One,” in which Anne Hathaway finds love amid the indie-folk scene of Brooklyn. But that turned out to be totally unnecessary and almost impossible. This is a sweet-tempered and small movie that’s not remotely trying to be hip. If anything, it’s almost aggressively square; the main character’s mother, a neurotic but endearing university professor played by Mary Steenburgen, feels like a stand-in for the audience. It won’t change Hathaway’s life or anyone else’s, but if you choose to read “Song One” as part of the gamine star’s campaign to relaunch or reorient her acting career after an Oscar win and a period of severe celebrity overexposure, then it hits that goal, along with the modest narrative goals set by first-time writer and director Kate Barker-Froyland.

Hathaway still sports her “Les Miz” short haircut in this role, but she’s sober and subdued as an anthropology Ph.D. candidate named Franny, who’s doing field work in Morocco when she hears that her brother Henry’s been hit by a car and is in a coma back in New York. Also, to be clear: This is a movie with numerous musical numbers, none of them sung by Hathaway. (Most of the agreeable if not exceptionally memorable soundtrack, including the song “In April,” is by former Rilo Kiley singer Jenny Lewis and her partner Johnathan Rice, aka the duo Jenny and Johnny.) Narrative here is bare-bones and largely unsurprising family drama, but I’ll try not to tell you the whole thing; suffice it to say that Franny and Henry (Ben Rosenfield) are estranged, and she didn’t think he should drop out of school to busk in the subway and record demo tapes no one listens to.

What Barker-Froyland captures exquisitely, amid the modest and familiar world of “Song One,” is the strange combination of boredom and regret that often accompanies medical emergency. (There’s nothing showy or especially memorable about the filmmaking, but it’s clean and doesn’t waste time or effort.) Cut off from her work and adult life, and sleeping in Henry’s childhood bedroom in her mom’s apartment – her old room having been converted to storage – Franny has little to do but peruse the residue of Henry’s life while waiting for him to live or die. She finds a ticket he bought to an upcoming concert by a successful indie-type singer-songwriter named James Forrester, who’s apparently his idol, and goes in his stead. Forrester is played by real-life Brit-folk dreamboat Johnny Flynn, a lanky blond fellow with a hesitant demeanor and a faintly exotic accent (he’s originally from South Africa), and if you think you know where this is going you are, let’s say, 92 percent correct.

Helpfully, James is stuck in New York between gigs, with no wife or girlfriend or apparent interest in the young women who throw themselves at him by the dozen. He’d rather hang out in Henry’s hospital room with Franny and her mother listening to teach-yourself-Russian audiobooks, or go out to nightclubs in Williamsburg where white guys with beards sing in Portuguese. We can lower our eyebrows and announce that all this doesn’t sound entirely plausible, or we can say, what the hell, it’s a love story, and not one that depends on magic powers or Dickensian coincidence. All Barker-Froyland asks us to believe is that James is a lost soul too, a guy who fluked his way into a small-scale hit album and has no idea what to do next, and that a sad grad student who’s never heard of him is exactly the level of distraction he needs.

If “Song One” will not be a movie long or passionately remembered by Hathaway’s fans, there’s also nothing here to make her detractors and begrudgers cast it as an “I can act” vanity project. She can act, and does so here in a leading role that never overwhelms the picture’s unassuming charm. It might seem perverse to praise a movie romance for underplaying its own importance, for not presenting its central couple as the second coming of Paris and Helen. But that’s precisely the tender note that Barker-Froyland strikes here, by not drenching her characters or their situation in “Once”-style melodrama. Franny and James could be having a life-changing “Before Sunrise” experience, but it’s just as likely they are proverbial ships in the night, offering each other momentary sustenance along their journeys to different destinations. “Song One” makes no grand promises beyond the moments these people share, but those are intimately rendered and well worth celebrating.