New Atheists are wrong about Islam. Here's how data proves it 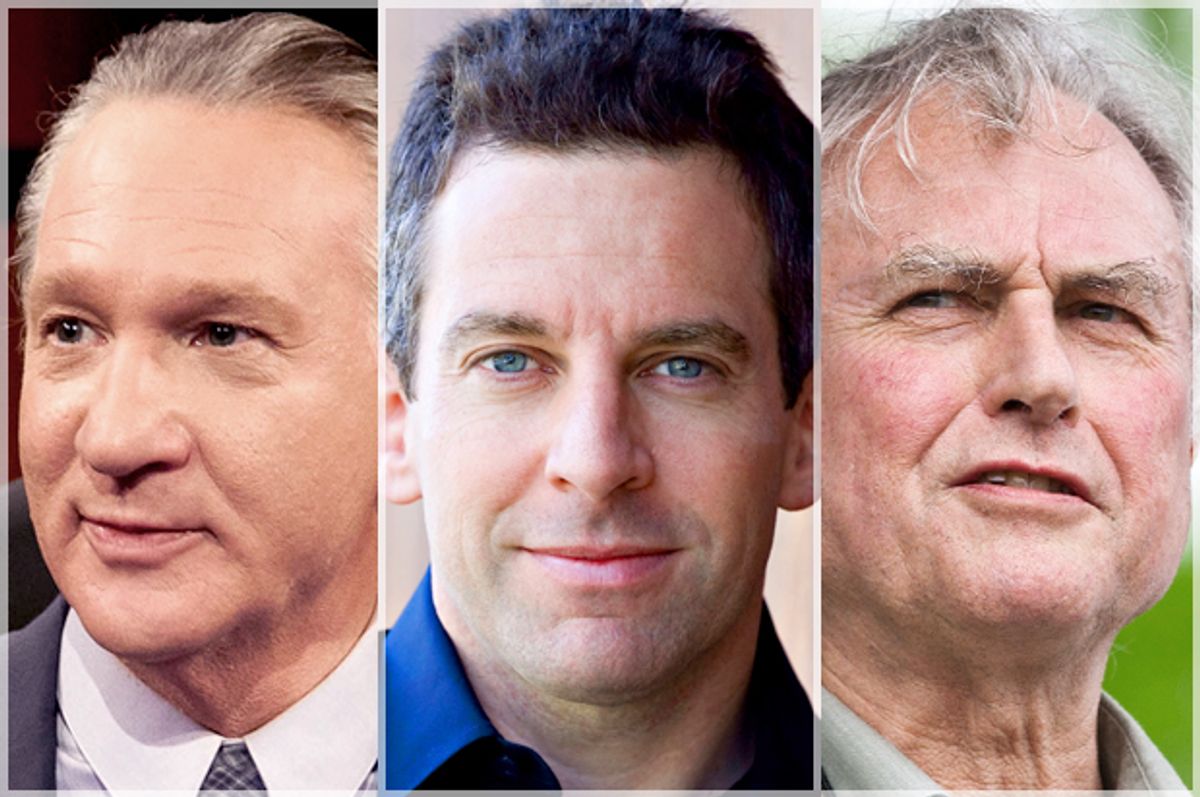 If you’re ever unlucky enough to find yourself in an argument on Twitter as to the nature of faith and the relative worth of the globe’s various major religions, one refrain you’re quite likely to hear — usually after an overheated reference to the Crusades, but before someone brings up Salman Rushdie — is that there’s something especially wrong with Islam. It’s a common talking point of apologists for certain other religions, but it’s also a favored line of new atheists like Richard Dawkins and Bill Maher, too.

Usually, the conversation at that point will descend into a semantic debate over Islamophobia and whether or not it’s “politically correct” to engage in that time-honored practice of just asking questions. The part that tends to get skipped over, though, is the most important — namely, is the “Muslims are different” theory even true? That’s what Berkeley’s M. Steven Fish tried to find out in his groundbreaking book, “Are Muslims Distinctive?: A Look at the Evidence.” What he found, as you might guess, is that the answer is complicated.

Recently, Salon spoke with Fish over the phone about his research and its possible implications. Our conversation is below and has been edited for clarity and length.

What made you want to look into this question of whether Muslims are distinctive, and in what sense were you looking at it?

Well, you know at the time I started thinking about this project, I realized that there was an awful lot of debate going on in the public arena, and also in academia, about whether Muslims were more violent or not, or whether Muslims had a problem with gender inequality, whether Muslims were more likely to want to fuse religious and political authority. There were all these questions about how Muslims differ from us, or from everybody else. Especially in the West, people were asking these questions — but also in confessionally mixed societies that have large Muslim minorities like India.

And what struck me was that while these questions were getting a lot of attention, especially in public debate, they really weren’t being treated analytically. There was a lot of debate going back and forth among the talking heads, you know, analysts, including people who appear on electronic media. One side would oftentimes say, how can you even ask whether Muslims are more violent, that’s a terrible question to ask, of course there’s no difference, it’s insulting to even ask the question. The other side would say ,what are you talking about, it’s manifestly obvious that Muslims are more violent, this is a no-brainer. And there seemed to be a polarization of the debate on some of these questions…

I felt that the debate was being infected by a kind of, on the one hand a kind of political correctness with one side very predominant in academia saying that we shouldn’t even ask these questions. And the other side being affected by prejudice, saying, well, of course we know the answers to these questions. We don’t even really have to look into the data. And so without political correctness or prejudice I tried to approach these questions. And again being something of an outsider to the debate, was at a bit of an advantage. Of course I had the disadvantage that I have the deep knowledge that many other specialists do.

So how did you try to answer these questions more empirically? What was your method?

I took stock of what was out there in the debates and I identified maybe a dozen of the biggest questions that were rattling around public consciousness about Muslims’ distinctiveness or whether they were different or not. Then I kind of figured out which of those questions I could generate data to help address. And of those questions I narrowed it down to like half a dozen that I thought were really big questions that I could actually find data or generate data to address empirically.

And what did you find?

I found that Muslims in general are less distinctive than many of us think. In many ways there is really very little difference between Muslims and everybody else. Sometimes I use “everybody else” as the reference category, and sometimes I use Christians in particular, because Christianity and Islam are by far the world’s biggest faith traditions...

Even in some areas in which we expect ... I didn’t find a great deal of difference. For example, many people think that Muslims are really intent on fusing religious and political authority, that there’s really no room in Islamic thinking for independent civic sphere that is not run by religious authorities, and in which religious authority and doctrine predominate, meaning there’s little room for an independent civil society and public sphere. Well, I found in this survey data that … Muslims and Christians don’t differ very much on this question, and that most Muslims, once one controls for everything that needs to be controlled for in these statistical analyses, actually do not want to fuse religious and political authority...

Some, of course, do. Some absolutely do. But some Christians do as well … There are many American Christians who are skeptical about dividing church and state rigorously. That’s true for many Muslims as well. But a majority of both Christians and Muslims seem to embrace at least some separation of sacred and secular in politics. That’s one finding that was perhaps surprising and also showed that Muslims are less distinctive than we might think.

What were some other surprises?

Another finding that showed that Muslims were less distinctive than we might think looked at ... membership in organizations, all kinds of things that we would use to actually measure social capital — interpersonal trust, for example. We find there that there really is little or no difference between those Muslims and everyone else.

Anything on the other side of the ledger? Any areas where the difference between Muslims and non-Muslims is clear and consistent?

There’s some questions by which I did find evidence of Muslim distinctiveness. For example, gender inequality; I find in the data that there are big problems in the Muslim world relative to other regions, and among Muslims relative to people of other faiths when it comes to gender inequality. It seems that there are lower workforce participation ratios -- that is, female-to-male and earned-income ratios -- among Muslims than among non-Muslims, generally speaking, which means that women tend to work less and earn less than men do in Muslim countries to a greater extent than they do elsewhere. I also find other evidence of gender discrimination …

What about economics? Were there any differences there?

Researchers sometimes don’t like to answer this question — it’s not sufficiently rooted in the data, I guess — but what were some of the broader themes or takeaways you got from this research, if any?

I would say that the first implication I drew was that we really need to look at the facts. We really need to look at the data before we draw conclusions about whether this or that faith group differs strongly from another one. Some of my findings were counterintuitive, like, for example, the finding that Muslims don’t necessarily want to fuse religious and political authority more than non-Muslims do. That’s not something that we would have guessed. In fact, the evidence seems superficially to suggest the opposite.

Looking at violence, I found that while Muslims are disproportionately … responsible for acts of terrorism over the last couple decades or so, I also found that when it comes to other forms of violence, like murder rates, that Muslims actually do better. They tend to have lower murder rates in predominantly Muslim societies than elsewhere...

When it comes to substantive implications, I think that there’s certainly problems that the work I’ve done — and the work others have done — point to that need to be addressed ... I do think that the problem of gender inequality among Muslims is something that is worthy of addressing and worthy of trying very hard to grapple with. This is something that many Muslims, including leading intellectuals in the Muslim world, are well aware of and are working very hard to deal with…

And are there any lessons you think those of us in the West might want to apply to ourselves?

I found it very interesting that class inequalities tend to be lower in predominantly Muslim societies. I want to know what I can learn as an American, living in a predominantly Christian society — with a Muslim minority and Jewish and other religious minorities — when it comes to class inequalities. We certainly have a bad and growing socioeconomic gap in the United States. Why is that gap a little bit lower in Muslim societies?

I would also like to know why murder rates tend to be lower in predominantly Muslim societies.

I’ve heard that before. Does it have anything to do with living in a less-open society?

This relationship holds up even when we control for things like type of political regime … Countries with authoritarian regimes do not have lower murder rates ... you can see in the data that it’s not true. And so you can still control for that, and you can control for other things in statistical analysis to look at murder rates, and you still get what you might call the “Muslim effect,” which is to say that there seems to be something about Muslim societies that makes people less prone to engage in homicide. And the difference ... is not small.