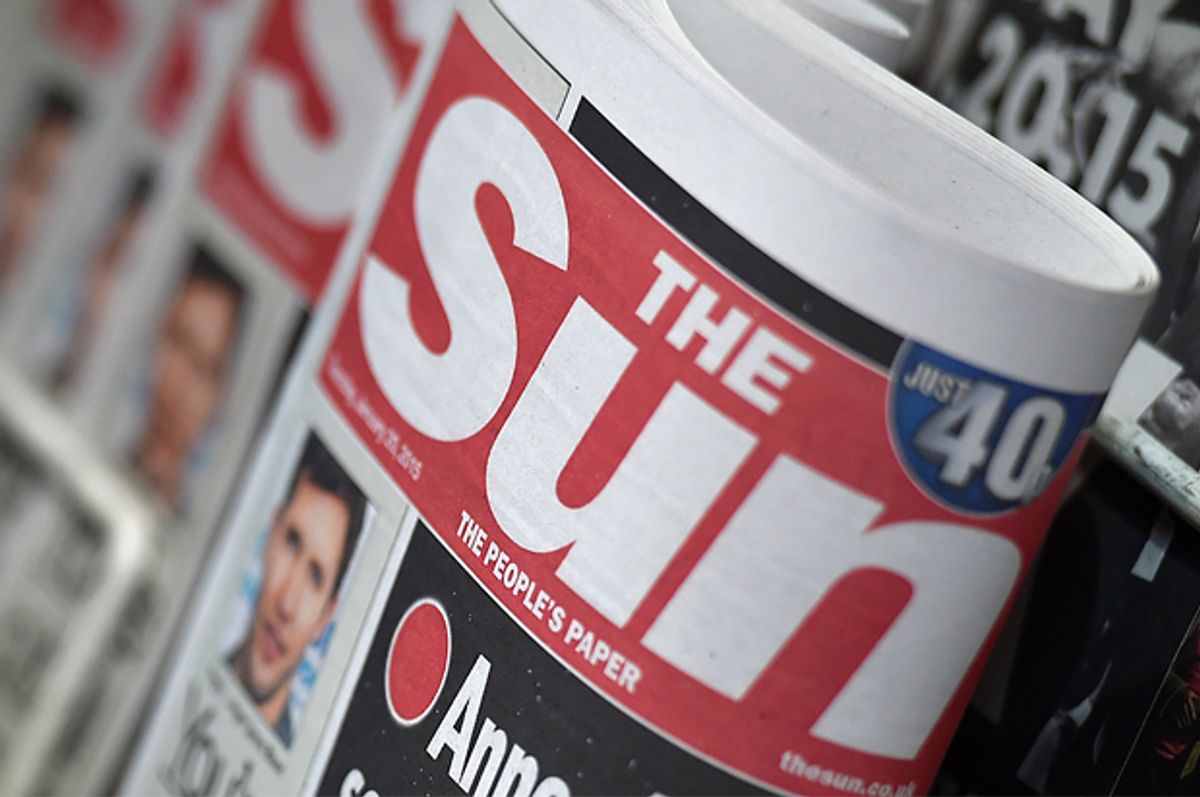 Well, The Sun really got us this time. Contradicting reports earlier in the week that the UK tabloid would end its longstanding tradition of featuring topless women in its infamous Page 3 section, The Sun issued a correction on Wednesday indicating that it does not, in fact, plan to cover up after all. And, in case there were any doubts the Murdoch-owned publication would keep its word, the clarification was accompanied by a photo of a shirtless model.

"Further to recent reports in all other media outlets, we would like to clarify that this is Page 3 and this is a picture of Nicole, 22, from Bournemouth," The Sun reads. "We would like to apologize on behalf of the print and broadcast journalists who have spent the last two days talking and writing about us."

Coverage of the supposed change began on Tuesday, when The Sun's sister publication, The Times, reported that the tabloid had chosen to quietly drop Page 3. The topless images did not appear on Monday or Tuesday of this week, though they are often left out of the print edition (specifically on weekends and some weekdays). Like so many other corners of the Internet, it appeared bare breasts would still be featured on The Sun's webpage. Now it seems as though the public can see all the boobs we want online and in the trusty pages of The Sun.