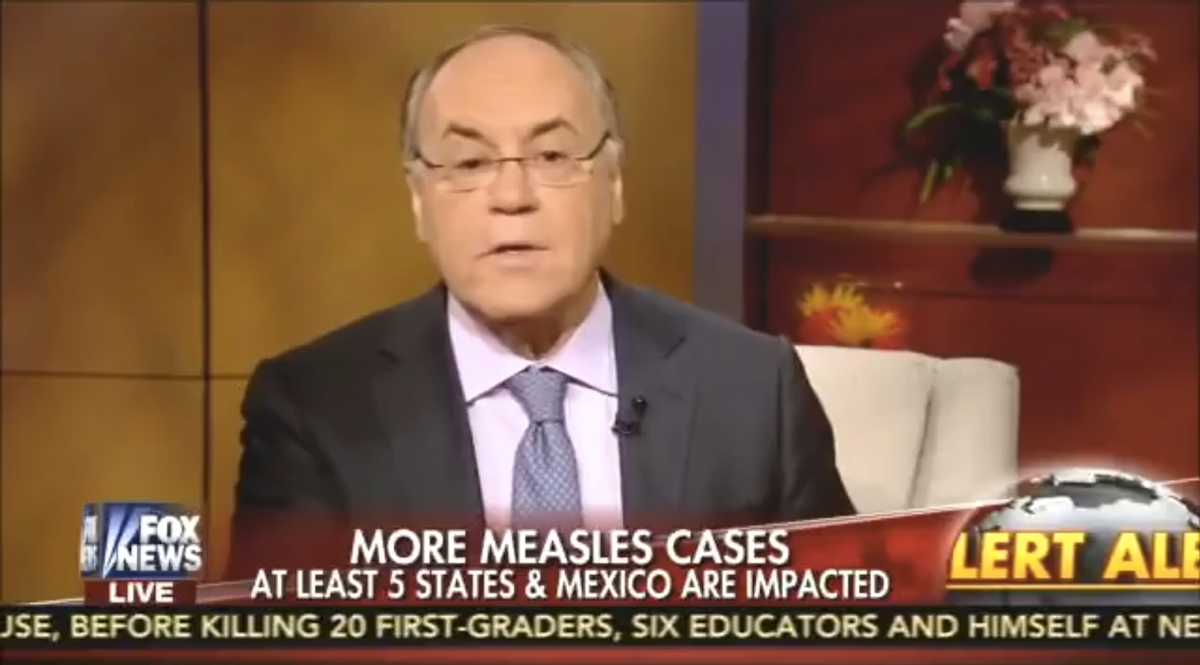 Dr. Marc Siegel, an associate professor of medicine at NYU Langone Medical Center, appeared on Thursday morning's edition of "Fox & Friends" to discuss the measles outbreak in Disney's California theme parks which has grown to 70 cases in total, and 62 cases in the bastion of the anti-vaccination movement, Orange County, Calif.

Siegel did not mince words in his condemnation of anti-vaxxers: "Let me be clear on this: I see no debate whatsoever. Period," he said. "This is the greatest vaccine that has ever been created in the history of vaccines."

He then turned to host Elisabeth Hasselbeck. "If you had measles, there would be a 90 percent chance that I would get it by sitting next to you if I weren't vaccinated. It's so much more contagious than the flu. We were talking about Ebola-- this is a million times more contagious than Ebola!"

"You celebrities did not go to medical school!" Siegel yelled, referring to Jenny McCarthy and other well-known anti-vaxxers. "In California, there's 13,000 parents that are taking a personal belief exemption, allowing their kids to go to school without that second MMR [measles-mumps-rubella] vaccine... I think these parents are putting children at risk in schools. I think schools should consider not allowing these kids in. Make them be homeschooled if they don't have this vaccine. Why should my child be at risk because your child isn't vaccinated?"