The case for the “male orgasm face”: Why Ruth Wilson is right about TV sex scenes 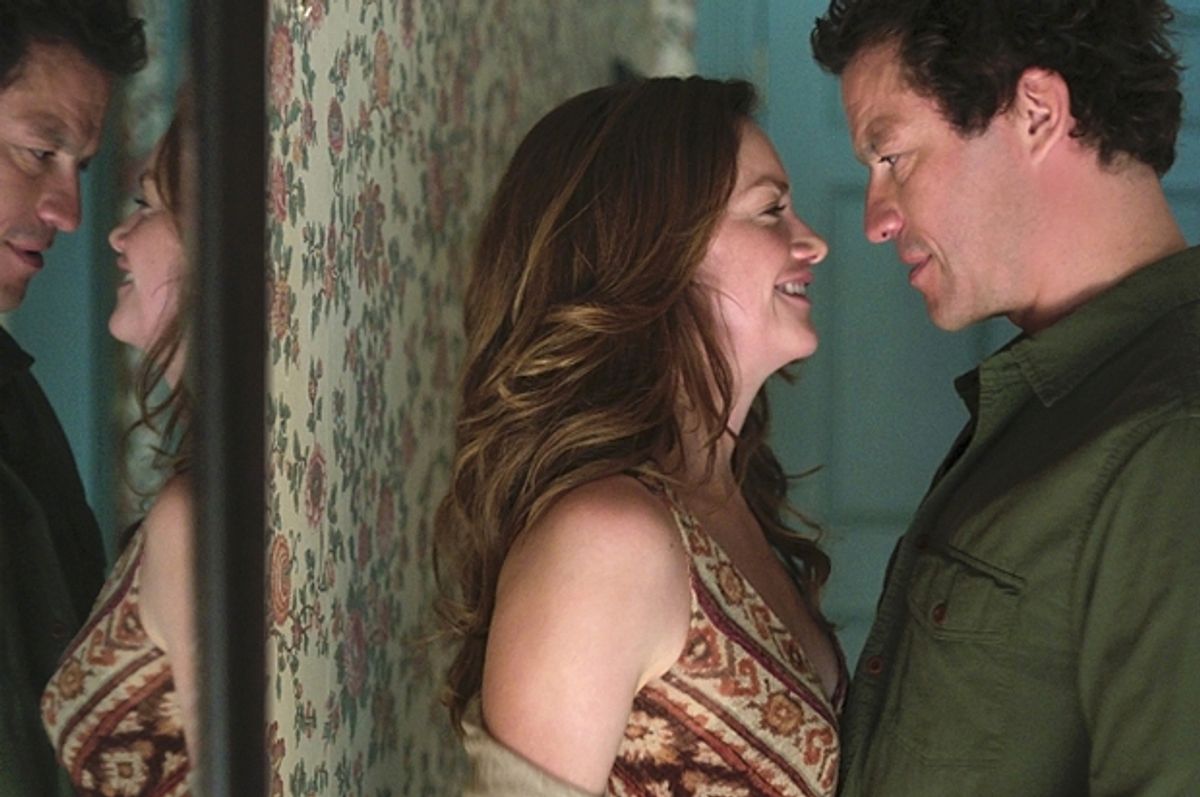 In a new interview with The Edit, Ruth Wilson discussed her Golden Globe-winning portrayal of Alison, the waitress romancing Dominic West’s frustrated novelist Noah in Showtime’s “The Affair,” and talk quickly turned to the show’s sex scenes. Wilson emphasizes how she and West map the narrative goals of their time in bed, insisting that “they can’t be purely titillation,” so she and West figure out how “we can choreograph it so that it has something to say.”

“I have a big concern about how women are treated in the industry generally, and how they have to provide the titillation because penises can’t be seen on screen but breasts can,” Wilson told The Edit. “It’s assumed that women will get their breasts out, and I balk at that. It’s unnecessary and unfair. So I kept insisting, ‘why have I always got to do the orgasm face? There should be a male orgasm face.’”

She’s right—it’s just expected that women on pay-cable shows will show more skin than their male costars. “True Detective” creator Nic Pizzolato gave the “clear mandate in pay-cable for a certain level of nudity” a certain amount of verbal eye-rolling in a BuzzFeed interview last year, but shrugged that “you’re not going to get our two lead movie stars to go full-frontal” for HBO, no matter the size of the contingent that would likely subscribe to HBO on the promise of “more Matthew McConaughey” alone. Pizzolato’s eye-rolls are justified—just because you can include nudity and hot sex scenes on premium cable doesn’t mean that a decidedly un-romantic show, like season one of “True Detective,” necessarily needs to.

But even when sex is an integral part of the narrative, like in HBO’s “Game of Thrones,” where sex (and sexual violence) plays a role in how the cultural and political forces of Westeros are portrayed, you see it executed in naked lady-focused tropes like "GoT’s" “sexposition,” in which key scene players discuss those cultural and political forces against, say, an explicit brothel scene featuring one or more naked actresses.

It’s ridiculous that male nudity remains such a controversial component of cable shows and to the demands placed on their actors, especially shows whose narratives are driven in part by sex. And when the focus is on the male costar, the treatment of the sex scene can change. That “Togetherness” sex scene from last weekend is a telling outlier. Costar Melanie Lynskey remains clothed while Mark Duplass kneels naked and vulnerable on the bed, but the scene is played for awkward laughs, as male nudity often is onscreen.

Just as they shouldn't have to accept lower pay than their same-level male costars, actresses shouldn't have to resign themselves to giving more to a project than men are required to give as the price for appearing in so-called prestige shows. While the “female orgasm face” does put the spotlight on a woman’s sexual fulfillment—see Marnie’s “ass-eating” scene from the “Girls” season premiere—it (forgive me) comes at the expense of a more balanced point of view, in which sometimes the scene's goal is the male character's sexual or emotional response, and sometimes it isn't. When writers and directors start demanding that the narrative goals of the sex scene determine its focus, we might see the male orgasm face finally get the close-up it deserves.