Is Russia kicking its vodka habit?

According to some studies, the country's generations-long struggle with alcohol is on the decline 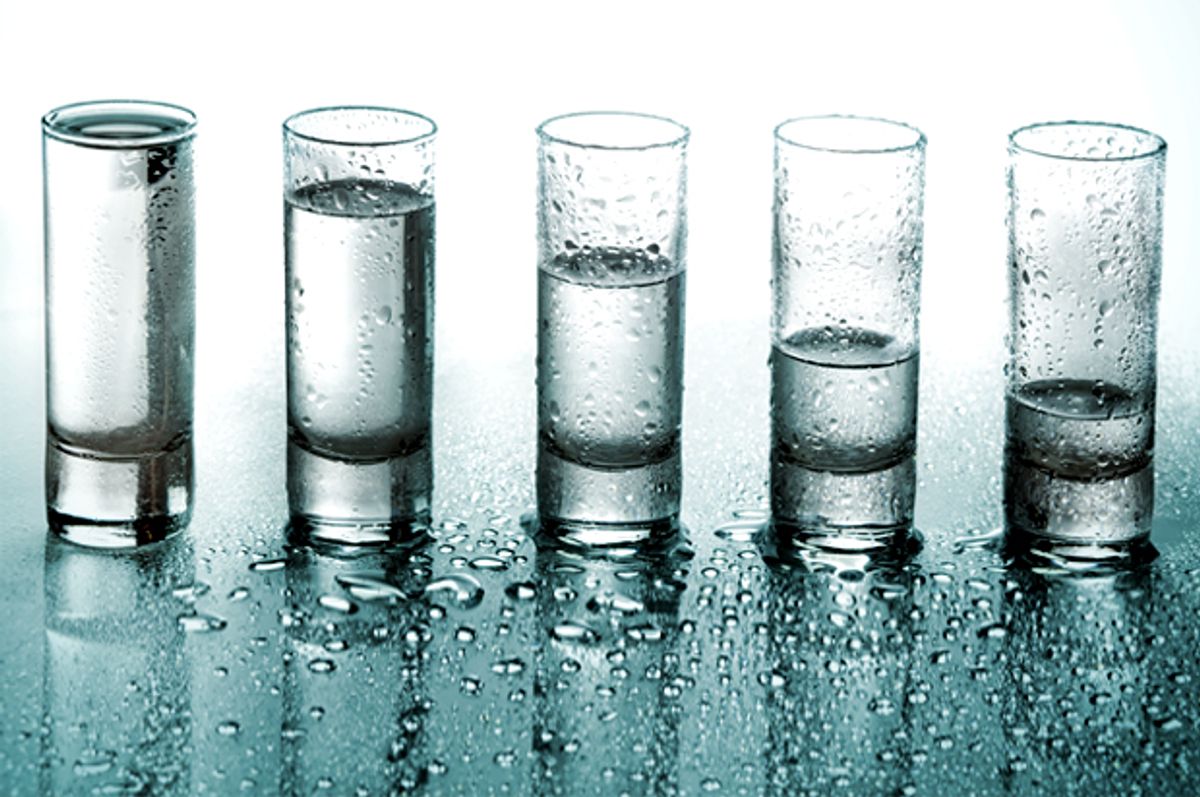 In one of my first nights out at a bar in Moscow I commented to an oilman in his early thirties, to who I had just been introduced to, how few people it seemed were actually drinking. “Yes, that’s right. I don’t drink either,” he enthused. “Oh. Really? That’s not alcoholic?” I asked, gesturing towards the colourful drink he was holding. “Oh well, yes, this is, but this is a very rare occasion.”

Before I came to this country I vaguely recall reading somewhere online that an increasing number of young Russians are against drinking alcohol, and that even to suggest doing so in their company is to commit something of a faux pas. With Western media outlets continuing to pump out stories on the dangers alcohol does to Russia, I barely took any notice of it, and put it down to the widespread tendency of people to universalize their own experiences — until I started to have such experiences myself, with a surprising regularity.

I’m at the point now where, if I’m introduced to someone who is under thirty, highly educated, and can speak with me in English, I immediately suspect them of being a teetotaler. And, if statistics are any indication, I’m not too far off. According to the World Health Organization’s most recent survey, conducted in 2010, 32.2 percent of Russians had not consumed any alcohol at all in the past 12 months -- up from 20.8 percent in 2003, and precisely double that of my home country of Australia, for example.

“I have a 14 year old son, and he said to me that amongst his friends drinking and smoking are not cool these days,” says Natalia, 34, an abstainer herself.

Traditionally, Russian females tend to drink a lot less than men (or, at least, they admit to it a lot less in surveys) – but it seems that men are narrowing the gap. In a 1995 survey, a mere 9 percent of Russian males compared with a whopping 35 percent of females claimed to have not consumed any alcohol in the last year. While in 2010 these numbers had evened out to 25.2 percent and 38.0 percent respectively.

The non-drinkers I have asked suggest a range of factors that might explain this change in Russian society. Studies have shown that the stricter government controls introduced in 2006 have certainly had an effect on reducing alcoholism and alcohol-related deaths. But among regular, non-problem drinkers, something more fundamental seems to be happening.

Dmitry, newly middle-aged and a long-time employee of one of Russia’s biggest mobile phone providers, thinks it is because younger people are “more driven, more career-oriented” than his generation has been. Many non-drinkers, such as Yuliya, 26, cite health reasons: “People who drink want to die. I want to live a long, healthy life and die at 93. I want to live forever and witness robots talking!” Others, such as accountant Irina, 32, give several bases for their choice: health, work commitments, and experience with alcoholism in her family. Some young men, meanwhile, have given me a slightly more categorical justification: “All drugs are bad, they all do damage to society, they should all be illegal,” said Matvey, 23. “Even caffeine?” I asked. “Yes,” he responded, after a pause. “These things should be only for medicine.”

Underlying these explanations is a strong desire to distance themselves from not just their parents’ and grandparents’ generations – as is the norm across the world – but from the drab, grey clichés of Soviet poverty, and of 1990s criminality and chaos. When I bring up tales of vodka-drinking competitions, such behavior is seen not merely as passe, but positively and disgustingly otherworldly. I am reminded of discussing opium-smoking with young Iranians in Tehran, who turn up their nose at this thoroughly uncool pastime, associated with the elderly and decrepit. For them, it was much hipper to drink alcohol or swallow prescription opiate pills like oxycontin or hydrocodone.

None of the young abstainers I’ve spoken with are particularly proselytizing about it, but they are quite intent on dispelling any negative stereotypes an ignorant foreigner like myself might have about Russia being a den of alcoholism, violence and drug abuse.

I can only speak for Moscow, but the impression I get is that they want nothing to do with the stereotypical working-class male: he who is over 35, overweight, drinks too much, smokes too much, swears too much, listens to Russian chanson, and names the 1997 crime hit "Brat" as his favorite movie. “We live in a very competitive business environment, and the younger generation is concentrated on making money instead of wasting time with alcohol,” argues Natalia. “People drink in small Russian villages more than in big cities, because in big cities there are a lot of interesting ways to spend their leisure time.”

However, there may be some level of posturing, even dishonesty – and not just on account of the oilman I met, who had insisted I caught him on one of the rare nights when he did consume alcohol. When the aforementioned Irina invited me to her place for dinner, after berating drinkers and smokers for a good fifteen minutes, as I sat down at the kitchen table my foot gently knocked an empty wine bottle. “Oh, well, sometimes I drink,” she said, embarrassed, and quickly binned the offending object. Indeed, many Muscovites I’ve asked express incredulity at the 2010 WHO figure of 32 percent. Most suggest it seems fitting for Moscow or St. Petersburg, but not for the provinces.

At any rate, in a sign of the times, the leader in the Kremlin has for the first time in living memory ordered his government to decrease vodka prices. To counter the ever-increasing inflation, Putin – himself a teetotaler – took the decision on account of the reasoning that too high prices encouraged the consumption of illegally-produced and possibly dangerous liquor.