"Sponsored" by my husband: Why it's a problem that writers never talk about where their money comes from

The truth is, my husband's hefty salary makes my life as a writer easy. Pretending otherwise doesn't help anyone 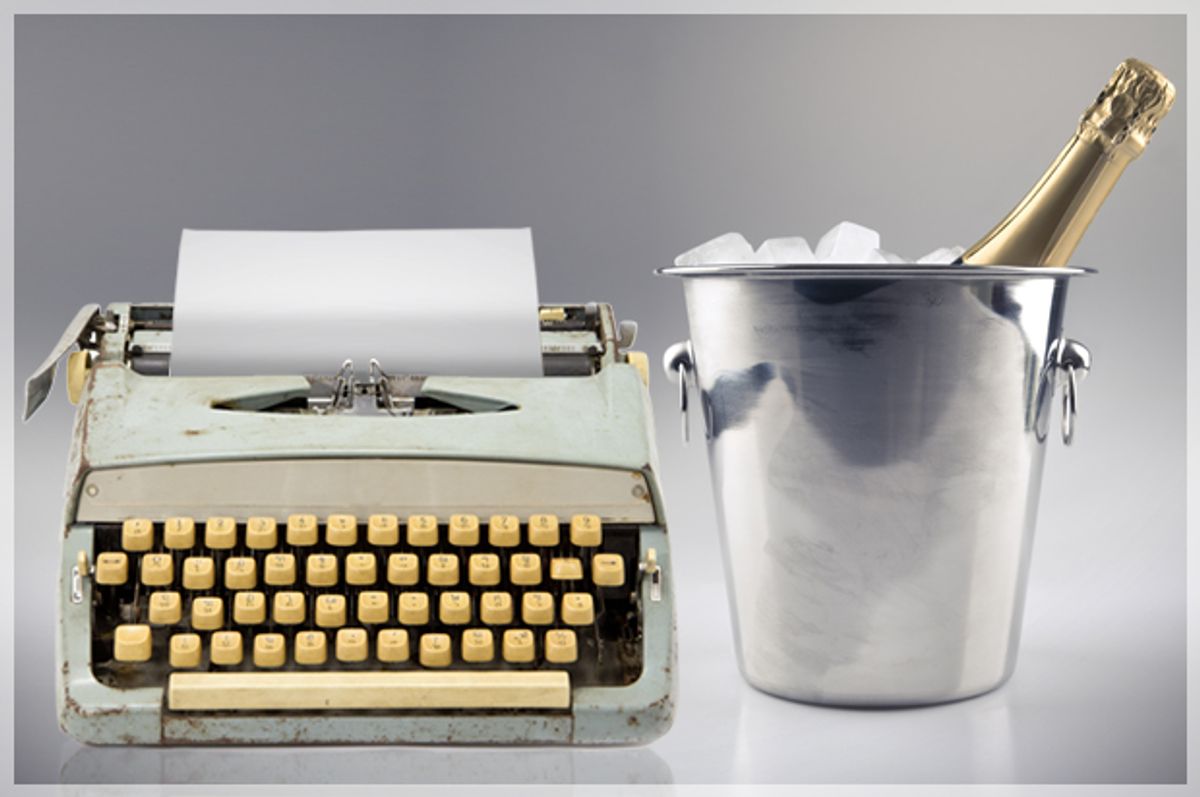 Here’s my life. My husband and I get up each morning at 7 o’clock and he showers while I make coffee. By the time he’s dressed I’m already sitting at my desk writing. He kisses me goodbye then leaves for the job where he makes good money, draws excellent benefits and gets many perks, such as travel, catered lunches and full reimbursement for the gym where I attend yoga midday. His career has allowed me to work only sporadically, as a consultant, in a field I enjoy.

All that disclosure is crass, I know. I’m sorry. Because in this world where women will sit around discussing the various topiary shapes of their bikini waxes, the conversation about money (or privilege) is the one we never have. Why? I think it’s the Marie Antoinette syndrome: Those with privilege and luck don’t want the riffraff knowing the details. After all, if "those people” understood the differences in our lives, they might revolt. Or, God forbid, not see us as somehow more special, talented and/or deserving than them.

There’s a special version of this masquerade that we writers put on. Two examples:

I attended a packed reading (I’m talking 300+ people) about a year and a half ago. The author was very well-known, a magnificent nonfictionist who has, deservedly, won several big awards. He also happens to be the heir to a mammoth fortune. Mega-millions. In other words he’s a man who has never had to work one job, much less two. He has several children; I know, because they were at the reading with him, all lined up. I heard someone say they were all traveling with him, plus two nannies, on his worldwide tour.

None of this takes away from his brilliance. Yet, when an audience member — young, wide-eyed, clearly not clued in — rose to ask him how he’d managed to spend 10 years writing his current masterpiece — What had he done to sustain himself and his family during that time? — he told her in a serious tone that it had been tough but he’d written a number of magazine articles to get by. I heard a titter pass through the half of the audience that knew the truth. But the author, impassive, moved on and left this woman thinking he’d supported his Manhattan life for a decade with a handful of pieces in the Nation and Salon.

Example two. A reading in a different city, featuring a 30-ish woman whose debut novel had just appeared on the front page of the New York Times Book Review. I didn’t love the book (a coming-of-age story set among wealthy teenagers) but many people I respect thought it was great, so I defer. The author had herself attended one of the big, East Coast prep schools, while her parents were busy growing their careers on the New York literary scene. These were people — her parents — who traded Christmas cards with William Maxwell and had the Styrons over for dinner. She, the author, was their only beloved child.

After prep school, she’d earned two creative writing degrees (Iowa plus an Ivy). Her first book was being heralded by editors and reviewers all over the country, many of whom had watched her grow up. It was a phenomenon even before it hit bookshelves. She was an immediate star.

When (again) an audience member, clearly an undergrad, rose to ask this glamorous writer to what she attributed her success, the woman paused, then said that she had worked very, very hard and she’d had some good training, but she thought in looking back it was her decision never to have children that had allowed her to become a true artist. If you have kids, she explained to the group of desperate nubile writers, you have to choose between them and your writing. Keep it pure. Don’t let yourself be distracted by a baby’s cry.

I was dumbfounded. I wanted to leap to my feet and shout. “Hello? Alice Munro! Doris Lessing! Joan Didion!” Of course, there are thousands of other extraordinary writers who managed to produce art despite motherhood. But the essential point was that, the quality of her book notwithstanding, this author’s chief advantage had nothing to do with her reproductive decisions. It was about connections. Straight up. She’d had them since birth.

In my opinion, we do an enormous “let them eat cake” disservice to our community when we obfuscate the circumstances that help us write, publish and in some way succeed. I can’t claim the wealth of the first author (not even close); nor do I have the connections of the second. I don’t have their fame either. But I do have a huge advantage over the writer who is living paycheck to paycheck, or lonely and isolated, or dealing with a medical condition, or working a full-time job.

How can I be so sure? Because I used to be poor, overworked and overwhelmed. And I produced zero books during that time. Throughout my 20s, I was married to an addict who tried valiantly (but failed, over and over) to stay straight. We had three children, one with autism, and lived in poverty for a long, wretched time. In my 30s I divorced the man because it was the only way out of constant crisis. For the next 10 years, I worked two jobs and raised my three kids alone, without child support or the involvement of their dad.

I published my first novel at 39, but only after a teaching stint where I met some influential writers and three months living with my parents while I completed the first draft. After turning in that manuscript, I landed a pretty cushy magazine editor’s job. A year later, I met my second husband. For the first time I had a true partner, someone I could rely on who was there in every way for me and our kids. Life got easier. I produced a nonfiction book, a second novel and about 30 essays within a relatively short time.

Today, I am essentially “sponsored” by this very loving man who shows up at the end of the day, asks me how the writing went, pours me a glass of wine, then takes me out to eat. He accompanies me when I travel 500 miles to do a 75-minute reading, manages my finances, and never complains that my dark, heady little books have resulted in low advances and rather modest sales.

I completed my third novel in eight months flat. I started the book while on a lovely vacation. Then I wrote happily and relatively quickly because I had the time and the funding, as well as help from my husband, my agent and a very talented editor friend. Without all those advantages, I might be on page 52. OK, there’s mine. Now show me yours.