The battle for America's broadband: The Internet debate taking the country by storm

As cities clamor to bolster their Internet connectivity, an ideological debate is brewing over how to get it done 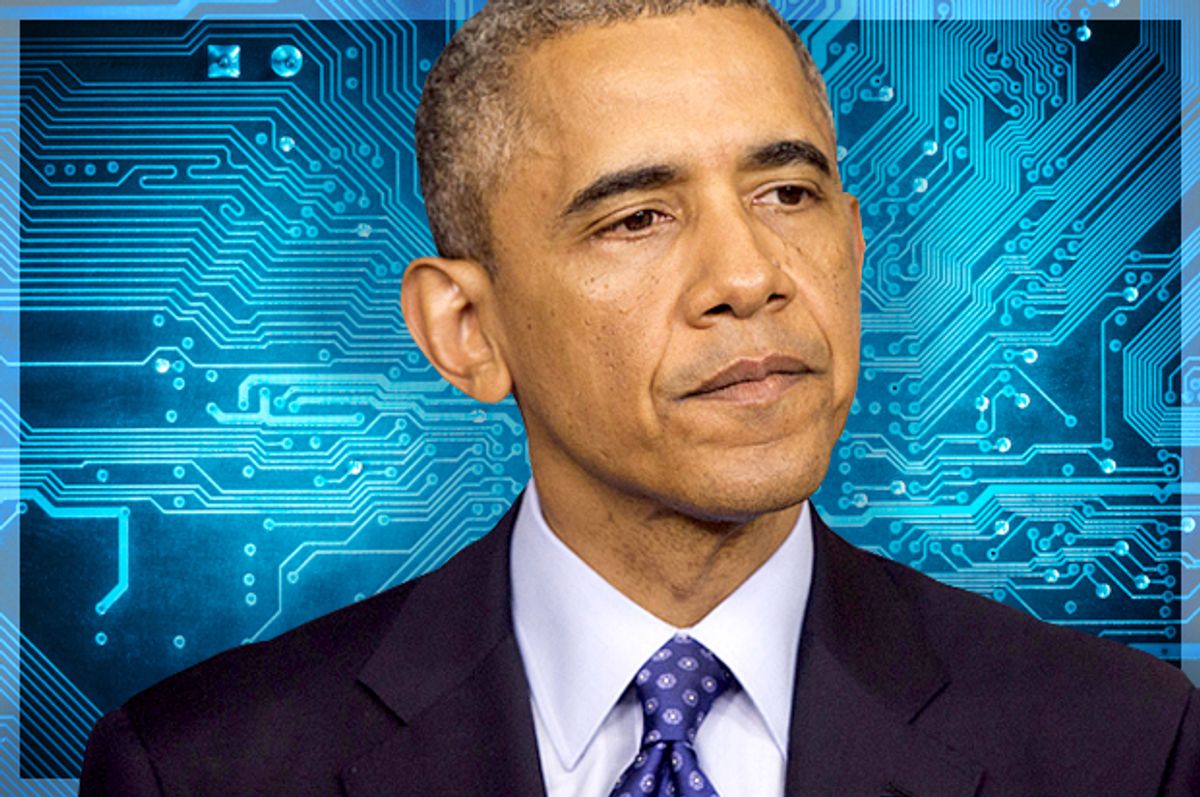 In 1932, presidential candidate Franklin Roosevelt delivered a message of civic empowerment to the citizens of Portland, Oregon.

Roosevelt was talking about electricity, whose provision and regulation was the hot issue of the day. But 80 years on, his words fit right into the debate about the Internet in American cities. Should a city, county or district dissatisfied with lousy corporate service have the authority to construct and offer its own Internet?

Portland says yes. Along with some of the nation’s largest cities, like Los Angeles, Boston and San Antonio, the Oregon city has joined Next Century Cities, a group that advocates for municipal "self-determination” on the issue.

President Obama thinks so too, and will host a community broadband summit at the White House this June.

New Jersey Sen. Cory Booker, the former mayor of Newark, proposed a law this week that would clear the way for localities to build, operate and expand their own broadband networks.

But in 19 states, the provision of public broadband is plagued by legal obstacles. Not surprisingly, telecom companies believe state legislators are right to regulate and restrict the practice. And some advocates for the open Internet say the problem isn’t recalcitrant, monopolistic corporations — but regulation-ridden cities themselves.

Hovering over all this is a larger question: Is the Internet today, like electricity a century ago, a utility that — as a group of Democratic senators opined last year — Americans “cannot live without”?

As Bogotá, Colombia, is to bus rapid transit, so Chattanooga, Tennessee, is to municipal broadband. The “fastest Internet in the Western Hemisphere” has transformed this post-industrial river town into a national example, the envy of urban mayors trying to birth and lure tech firms. San Francisco and New York offer tax breaks in the hundreds of millions of dollars to keep companies like Twitter and Fresh Direct. Chattanooga’s approach was more constructive.

"Cheap, high-speed Internet would encourage companies to relocate,” Emily Badger writes. "And if those firms ever went bust, or decided to leave town (for, say, more tax breaks elsewhere), at least the city would still be left with an invaluable long-term piece of infrastructure." Chattanooga now hosts five venture capital funds with more than $50 million to invest, and has attracted a smattering of tech outfits to its downtown core.

In 2007, the city announced a 10-year plan to build out — through the municipally owned electric company — a very fast municipal broadband network. Today, Chattanooga provides fiber connections to 60,000 homes and 4,500 businesses, about half the city’s total potential customers. Downloading a two-hour movie takes the average high-speed broadband customer in the U.S. half an hour. In Chattanooga, it takes 30 seconds.

Chattanooga is the largest American city to have constructed its own broadband system. But hundreds of others have followed suit, building independent networks or smaller infrastructure improvements. It was in Cedar Falls, Iowa – where the publicly owned Cedar Falls Utilities provides broadband nearly 100 times faster than the national average – that President Obama made his case for municipal networks this month.

Projects like these do two things for cities. In most cases, they offer cheaper, better service than existing telecom companies. But they also create a competitive market. Three-quarters of Americans don’t have a choice between providers of moderately fast Internet (over 25 Mbps). Without competition, a White House white paper on municipal broadband declared, “providers can (and do) raise prices, delay investments, and provide sub-par quality of service.”

When Chattanooga announced it would roll out its own broadband network, for example, Comcast rushed to invest $15 million in its local infrastructure, bringing Xfinity to Chattanooga before its much larger neighbor Atlanta.

Some activists, though, argue that municipalities deserve the blame for America’s slow Internet speeds. “Broadband competition can work — if localities would just get out of the way,” wrote Berin Szoka, Matthew Starr and Jon Henke in Wired. “If we really want more ISPs building better broadband, let’s start by not making it so damned hard to build. The key to promoting broadband competition is streamlining the process for anyone who wants to build a network."

The municipal approach to corporate broadband providers, they argued, constitutes a “game of kickbacks.” Permits to access public rights-of-way can be delayed for years. Onerous taxes on broadband companies discourage upgrades.

In many ways, the debate resembles the one over urban housing markets. Both sides agree the current system isn’t working. Those in favor of government intervention argue the private market has had ample time to demonstrate its flawed approach; those against say the market was never “free” to begin with.

Kansas City, where Google installed its first municipal fiber network, is an interesting example, since both sides could claim its success as a testament to their own approach.

The White House white paper cites Kansas City (Kansas) as an indication of what happens when a city government works to bring a new entry into a non-competitive market. After Google’s announcement, Internet speeds on the area’s existing networks nearly doubled – “the largest year-over-year jump in bandwidth observed in any state ever.”

Republicans counter that Kansas City is an example of a city stripping away regulations – which both Kansas Cities did to attract Google. Others have followed suit. Portland, Oregon, which is seeking a Google Fiber project, has offered to waive the 3 percent tax it charges current broadband providers like Comcast.

In reality, the story is more complicated than just deregulation: Kansas City (Missouri) didn’t just free up access to public rights-of-way. It also offered Google everything from free electricity to free office space. Is this deregulation or corporate welfare?

Finally, relaxing regulations has consequences beyond the municipal coffers. “Telecom and cable companies generally have been required to blanket entire cities, offering connections to every home,” Alistair Barr writes in the Wall Street Journal. “By contrast, Google is building high-speed services as it finds demand, laying new fiber neighborhood by neighborhood.”

The result is a fragmentation in the provision of the Internet. All city residents get the same water, gas and electricity. But the kind of Internet you access may depend on what neighborhood you live in.