10 things we get wrong about sex

Size isn't everything, and straight guys aren't nearly as squeamish about their butts as we've been led to believe 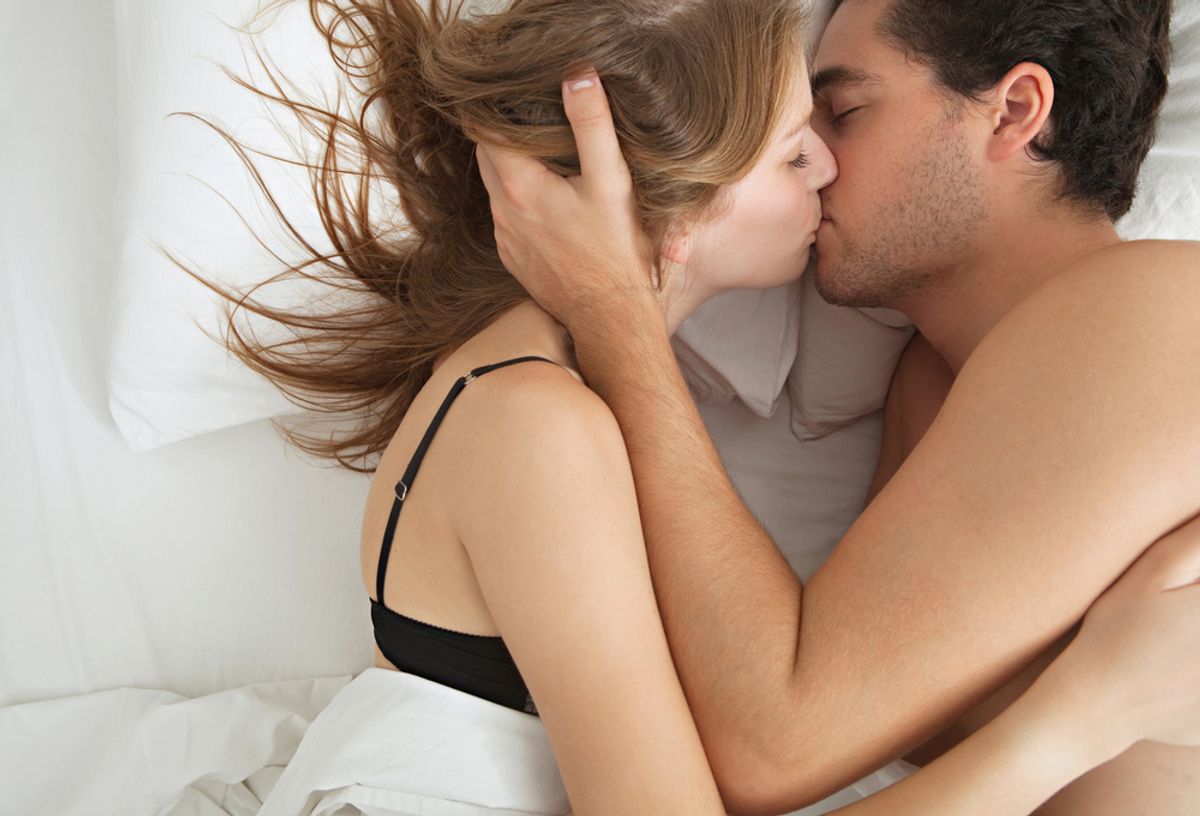 2. Sex Is Great Exercise.This one really disappoints. Being able to justify a day of laziness with a night of sex would be great. Unfortunately, it doesn’t really hold up in the real world.  According to a PLOS ONE study, sex is better than walk, but still not as good as a jog.  Researchers from Montreal’s University of Quebec recruited 21 heterosexual couples aged 18 to 35 and asked them to wear a fitness tracker while completing a 30-minute job on a treadmill. Then they were asked to put the trackers back on for a quick romp (some were quicker than others). On average, men burned 101 calories when having sex. Women burned 69. It’s not bad, but it isn’t great compared to the 276 calories men burned and 213 calories women burned when jogging. When it comes to sex, the truth is that most people aren’t active for all that long. The amount of time where sex is aerobic – where your heart rate actually goes up – doesn’t quite match that of more traditional forms of exercise.

3. You Can’t Get Pregnant On Your Period. Sure, it’s unlikely to get pregnant on your period. But it’s not impossible. Most women experience a 28-day cycle, and a period lasting from two to eight days. For these women, getting pregnant while menstruating would be uncommon. But for women who have shorter menstrual cycles (24 days, for example), it can be a reality. When a woman experiences a shorter cycle, ovulation follows the bleeding in a shorter amount of time than usual. She could, for example, experience seven days of bleeding, have intercourse on her final day, and ovulate three days later. Given the fact that sperm live for three to five days, these women should take precaution, and look out for their timeline.

4. You Can Tell A Lot By Looking At His Feet.Most of us have heard this rumor. “You know what they say about big feet…” Same goes for hands. But as it turns out, the size of a man’s hands, feet and most other extremities bearlittle effect on penis size. In a 2002 study, researchers from the University College London wanted to find out if a man’s shoe size was correlated with the length of his penis. They measured 104 men’s feet. Then they measured the men’s penises by stretching the skin with a defined amount of force to determine how long it can get. In the end, the study found that “there is no scientific support for the relationship” between shoe size and penis size. There is, however, one area of the body that seems to correlate to fertility in men: thering finger. South Korean researchers analyzed data from 172 men who were in the hospital for urology surgery. The lengths of their fingers and the size of their testes were measured during their stays. They found men whose ring fingers were longer than their index fingers had larger testes. Since larger testes mean more sperm production, the researchers concluded that these guys were more likely to be fertile.

5. Guys Need More Attention. This statement is obviously …ludicrous. At least for those of us sporting a vagina, and those who sympathize with that reality. Unfortunately, it’s one of those bits of misinformation that can make its way into the bedroom. Probably because our culture has a tendency to focus male sexual pleasure. But there’s a reason why women have a natural lubricant: to facilitate sex (have you ever tried penetrating a woman whose not ready? It’s not fun for anyone). That’s probably why there’s such a big market for sexual lubricants.  It also usually takes women a little longer to reach orgasm, so that warm up period is important. Just last year, the New York Times examined a study of orgasm rates for men and women in casual hookups. Out of 24,000 college students at 21 colleges, only 40 percent of women had an orgasm during their last hookup, whereas 80 percent of men did. Those results are depressing. So just remember, it’s a dance, not a solo.

6. What Works For One Clit Works For Them All. The clit is a tiny, sensitive little organ that contains approximately 8,000 nerve endings (the penis only has 4,000). And unlike the vagina, it has one job: pleasure. But with that title comes a lot of pressure. Literally. And when it comes to the clit, no one seems to know how much to apply. Point being: everyone is unique, and people have different demands when it comes to getting off. Some like it rough stimulation. Others prefer a softer, perhaps tongue-guided approach. The best way to find out what your partner wants? Talk about it. According to Indiana University’sNational Survey Of Sexual Health and Behavior, women are more likely to orgasm when a variety of sex acts – like oral sex – is included. Follow that advice and you may just find yourself a better lover and your partner a more enthusiastic sexual participant.

7. Only Men Have Wet Dreams. Yes, women can have wet dreams. It’s just not as obvious, but given the anatomy at play, that shouldn’t be so surprising. In a 1986 study of university students, 37 percent of women reported having had a nocturnal orgasm. When entering the dream stage of sleep, known as REM (Rapid Eye Movement), impulses in the body can engorge the genital region with blood, which is also what happens when you get aroused. It’s possible for that increased blood flow to peak and release, which results in an orgasm. The surprising bit? You don’t even have to be having erotic thoughts for this to happen. Dr. Ellen Laan, a psychologist at the University of Amsterdam, specializes in studying the differences between male and female sexual arousal. She told Love Matters, “We have studies measuring vaginal reactions during sleep and you see the same pattern of arousal that you see in men.”

8. It’s Important To Be Hung. There aren’t many things that get guys in more of a tizzy than discussing the size of their penis. Dr. Aaron Carroll took it upon himself to analyze 15 studies that looked at stretched penile length. There, he found the average reported size was 5 inches. And of the 1,600 men examined over at the Kinsey Institute, the average erect penis size measured around 5 - 6.5 inches. That measurement isn’t exactly overwhelming. And here’s the good news: one study reported on by Live Science found that women were more concerned with girth than length when it comes to one-night stands. A 2013 study actually found that women start to lose interest when a penis measures larger than 7.6 centimeters in a flaccid state.  In an ASAPScience video, Mitchell Moffit and Gregory Brown conclude that a penis in proportion with the male body is much more desirable by women. They also find that a man’s confidence, enjoyable personality and attraction serve as far stronger predictors of sexual satisfaction than penis size.

10. The G-Spot Doesn’t Exist. I decided to save this one for last. It’s a hotly debated topic, and that supporters of either side can’t seem to stop arguing about. Some studies say the G-Spot is a myth. Others don’t. For the sake of this article, we’re going to go ahead and say it’s real. Namely because the writer has experienced it many, many times before. But that’s not to say we can’t examine the mystery surrounding it. For those who aren’t familiar with this area, the G-Spot (named for German Gynecologist Ernst Gräfenberg) is an erogenous area of the vagina that, when stimulated, can deliver powerful orgasms, and can even lead to female ejaculation. Some insist that the G-Spot is merely an extension of a clitoris, which is, admittedly, must bigger than most would think. The clitoris has a wishbone-like shape, with two legs that extend 3 inches into the vagina, which then connects to the G-Spot. But there are studies that hold the G-Spot and vaginal orgasms are myths. That they don’t exist, and never have. The only way to counter is the argument is to know one’s own body. For women who have experienced a G-Spot orgasm, they know it’s real, and they know where to find it. For those who haven’t found it, the only advice we can extend is: keep looking. For more on this subject you should check out “Stop Telling Me My G-Spot Doesn’t Exist.”