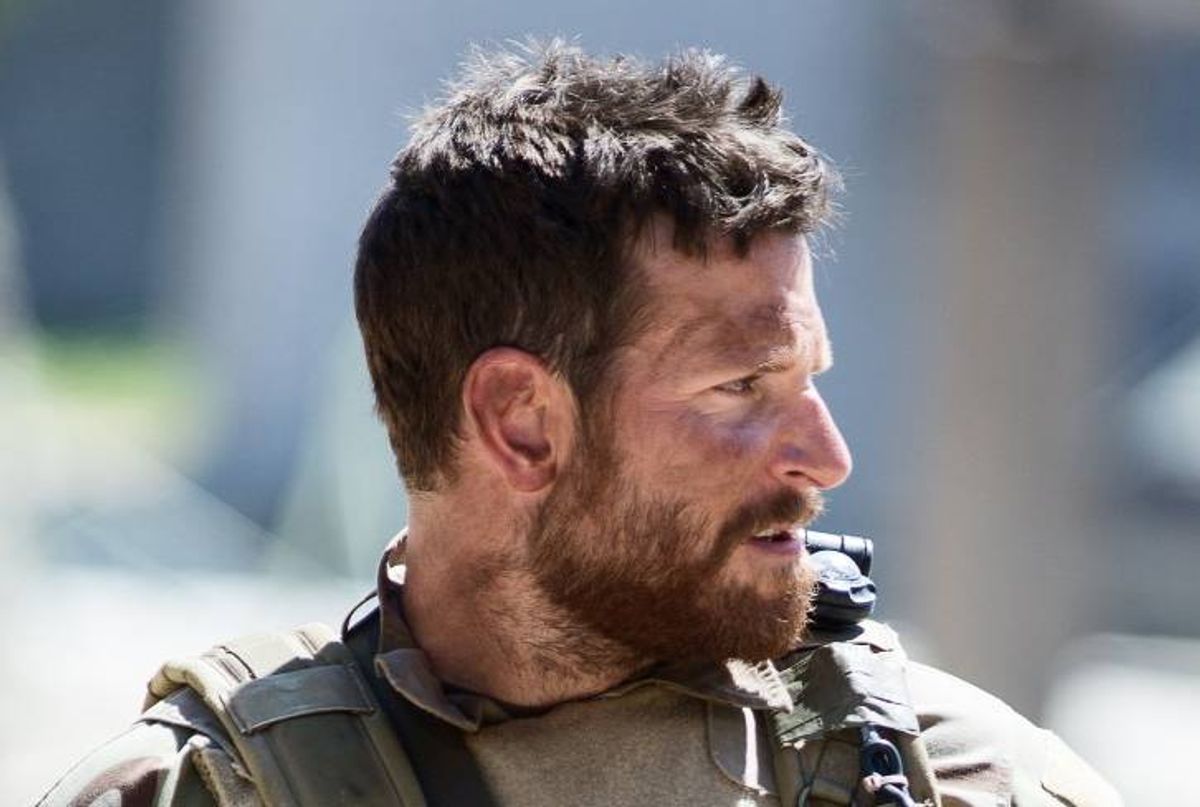 Much has been made recently about the inaccurate representation of Chris Kyle in “American Sniper.” We’ve learned that, despite the fact that the film depicts Kyle as a hero and a martyr, the real American sniper was heartless and cruel. Rather than struggle with moral dilemmas as we see in the film, the actual man had no such hesitation and no such conscience.

But to focus on “American Sniper’s” depiction of Kyle is to miss the larger problems of the film. In addition to sugarcoating Kyle, the film suffers from major myopia -- from a complete inability to see the larger picture. And that is why criticism of the film has to look at its director, Clint Eastwood, and the troubling ways he represents a dark, disturbing feature of the GOP mind-set.

In order to have the bigger picture we need to remember two key moments in recent Eastwood public appearances. The first took place in 2005 when Eastwood confronted filmmaker Michael Moore at the National Board of Review dinner, where both men were being honored. Moore was there for his documentary on the Iraq War, "Fahrenheit 911.” Eastwood had “Million Dollar Baby.” After Eastwood accepted his award, he directed comments at Moore. “Michael Moore and I actually have a lot in common – we both appreciate living in a country where there’s free expression.” Eastwood then added: “But, Michael, if you ever show up at my front door with a camera – I’ll kill you. I mean it.” The tone was I’m sort of joking, but maybe not really joking, provoking nervous laughter from both the audience and Moore himself.

Eastwood said he would kill Moore if he showed up at his door. This was his response to a film that raised much-needed conversation about U.S. gun culture. Eastwood’s reaction tells us a lot about the way that some members of the GOP treat those with whom they disagree. If you don’t agree with me on guns, I’ll just kill you.

The second event took place at the Republican National Convention in 2012 when Eastwood delivered a monologue to an empty chair, which supposedly had an invisible Barack Obama sitting in it. It was, without question, the weirdest moment of the RNC, and that’s taking into account Paul Ryan’s lying and Romney’s poor performance. While more than 30 million Americans watched, Eastwood delivered an improvised, rambling monologue that suggested that Obama was swearing at him and cursing at Romney. It left most of us watching completely bewildered.

Thankfully, though, Jon Stewart stepped in to make sense of it. On “The Daily Show,” Stewart explained that Eastwood's performance could be understood as a metaphor for the existence of a president that only exists in the minds of the GOP.

“This president has issues, and there are very legitimate debates to be had about his policy and actions and successes and/or failures -– I mean, tune in next week –- but I could never wrap my head as to why the world and the president that Republicans describe bears so little resemblance to the world and experience that I experience. And now I know why. There is a President Obama that only Republicans can see.”

These two events taken together help explain what’s wrong with “American Sniper.” They illustrate the combination of delusion and aggressive violence that governs too much of GOP politics.

Let’s start with the delusion. The film draws a direct link between the events of 9/11 and the war in Iraq, forgetting completely that the war in Iraq had nothing whatsoever to do with 9/11. Not one of the attackers that day was in any way connected to Iraq. Thus to connect 9/11 to Iraq is delusional. Not even the Bush administration made that overt a link—at the time they claimed they went to Iraq to keep the Iraqis from using weapons of mass destruction that were never found.

But that’s not the perceptions of many who watch Fox News. As the Program on International Policy Attitudes (PIPA) at the University of Maryland reported back in 2003: “Those who receive most of their news from Fox News are more likely than average to have misperceptions.” In their poll they found that 80 percent of Fox viewers held at least one of three Iraq-related misperceptions, more than any other news consumers, especially those that consume NPR and PBS.

The point is that the 9/11-Iraq link is delusional, but it is also a common link in public perceptions of those on the right who watch Fox News and clearly it is one that makes sense to Eastwood and those that think like him.

The second problem is the culture of violence. While the film tries to show Kyle wrestling at some level with some of his kills, he still very clearly divides the world into categories. As his father puts it in the film, there are wolves (those that want to kill you), sheep and sheep dogs (who have to protect the sheep from the wolves). Not only are there just three categories of life, but these categories are also defined solely by a logic of violence and aggression. In the film, Iraqis are almost all depicted as wolves, even women and children. Kyle’s first two kills are a young boy and his mother. But they posed a threat and thus needed to be killed. As Kyle later explains, he has no remorse over any of his kills, just over the lives he wished he could have protected.

But the fact that the film has no nuance, no context and no subtlety should not surprise us. If anything it is a terrifying glimpse into a GOP mind-set that couples delusion with violence. We watch Kyle zero in on a pinpointed target and we are reminded of the ways that such a narrow, aggressive vision is itself a metaphor for GOP beliefs. This is a movie that’s not just about a sniper, but also about an attitude that threatens to destroy any chance in our nation for political compromise and productive debate. And that’s what makes this movie really disturbing.