Climate deniers are arguing that Blizzard 2015 proves climate change is a hoax. Here's why they're wrong. 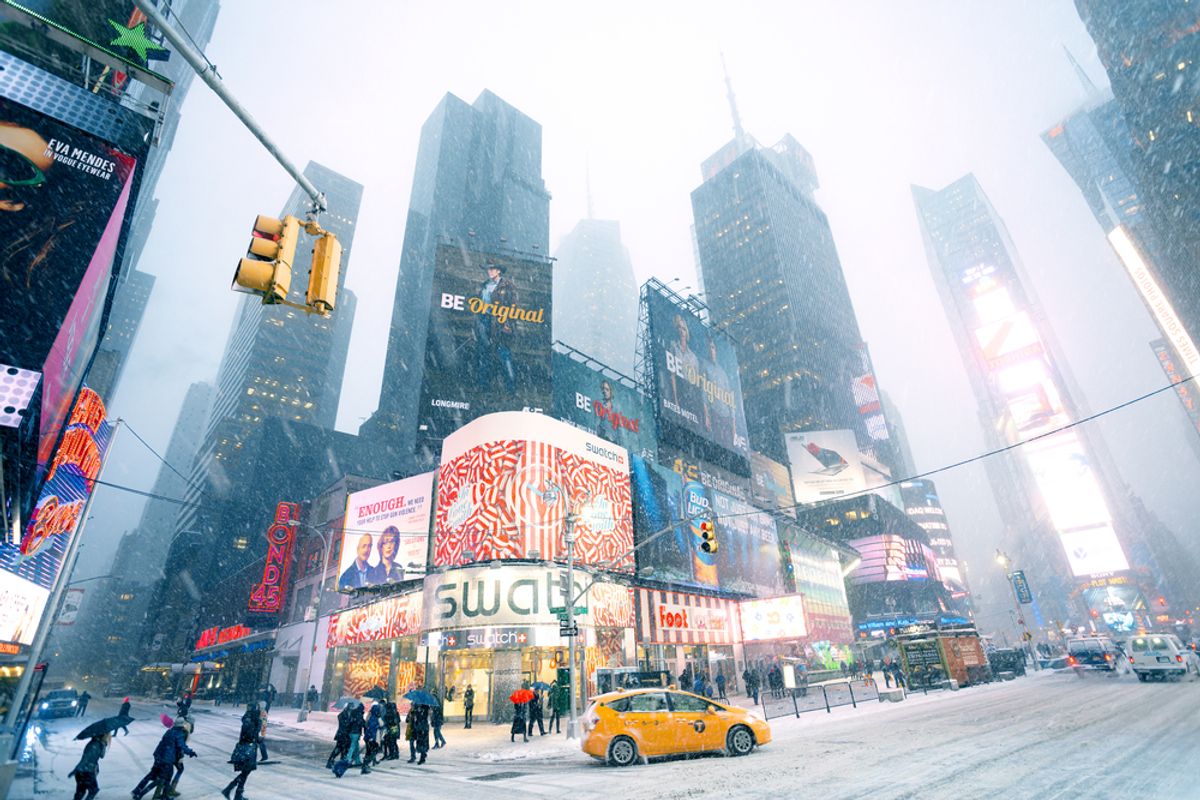 It is a truth universally acknowledged that, as snow begins to fall on their little corner of the world, Twitter trolls (and trolly politicians) somehow manage to convince themselves that the winter weather says something about the long-term shift in global climate:

As always, weather is not climate, and a local snow day -- even what could potentially be "one of the largest snowstorms in the history of" New York City itself -- neither proves nor disproves the very real phenomenon of global climate change. And, like any singular weather event, the budding blizzard can't be said to have been caused by climate change.

But record snowfall, in particular, is consistent with the larger pattern of global warming (MIND. BLOWN., right?). Climate experts explain that we'll probably see less snow overall, and a shorter snow season, as warming advances. But at a very basic level, as the atmosphere warms -- which it is unequivocally doing -- it becomes able to hold more moisture, which, in turn, leads to more extreme precipitation events. Like, for example, enormous blizzards.

This doesn't hold everywhere -- California's historic drought is one obvious exception -- but only in places for which snow is already expected. Even with planetary warming, local conditions will still favor snow (just look at last winter in the U.S.). It's just that when they do, we can expect to get more of it. As Princeton University climate scientist Michael Oppenheimer succinctly sums it up: "Shorter snow season, less snow overall, but the occasional knockout punch." And it's worth noting, as Mashable's Andrew Freedman does, that, while we have records of major storms going back to the Great Blizzard of 1888, a solid half of New York City's biggest snowstorms have occurred since 2000. Which is all just to say that there isn't anything inconsistent, or even surprising, about snowstorms in a warming world. Don't retire your shovels yet.