"I used to have foreskin anxiety": What it's like to get circumcised as a grown man 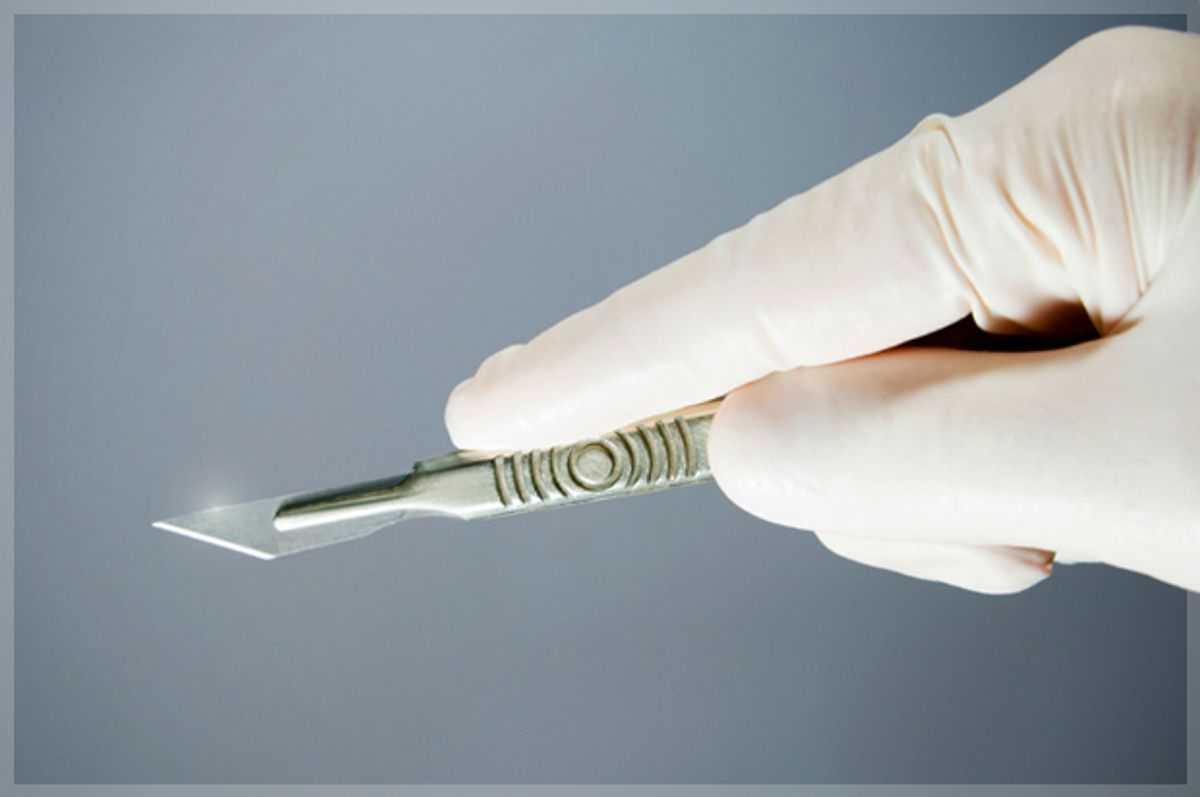 I'm not quite sure how the topic of circumcision came up when I met Aaron Calloway through a mutual friend recently, but it wasn't one my new acquaintance shied away from. "I just got circumcised a few years ago," Calloway told me moments after we started talking. "Is that TMI?"

From my perspective, there could be no such thing as TMI about one's decision to get circumcised as an adult male. None whatsoever. I wanted to know everything. Lucky for me (and for you, dear Salon readers!), Calloway was extraordinarily forthcoming, opening up to me about his life pre-circumcision, his decision to have the procedure at age 21 and the process of finding a surgeon. He also explained how being a young gay man in New York has influenced his perception of what it means to be "cut" or "uncut."

"I have been in a couple of social circles where people would be talking and say, 'Ugh, yeah. He was uncut,' and I, like, didn’t want that,'" Calloway told me, when we spoke a second time about his circumcision. "And I’m sitting there with an uncut penis. People don’t really assume you may not be [cut]. They just assume that you’re cut and if you’re not, it’s kind of like this abomination."

Calloway also told me about his life post-op, and whether the decision to get "cut" was worth it. Our interview has been condensed and lightly edited for clarity.

I want the whole story of deciding to get circumcised as an adult. How old were you when you decided to do it?

I was 21, and I'm 23 now. It was this weird transitional time in my life. I lived with my boyfriend of two years. We were having problems and were on the falling out side. I started to feel very physically insecure, like maybe I should do something. Either revitalize our sexual life or just make myself more desirable afterwards. I did a lot of research. I looked into it and was like, ‘Is this something I really want to do? Is it going to hurt?’ All of those questions. But, ultimately, I had already made up my mind before I started researching it. I know this is a thing that people do. Also, it’s a costly procedure but you can get it medically waived basically.

So was circumcision something that had crossed your mind before it became an issue with your boyfriend? Was there any other time in your life where you’d maybe considered doing it?

As a late teen, when I started to become more sexually active, I didn’t really think it was weird, but me and my friends would always joke about it. I knew that [not being circumcised] set me apart from my other suburban friends. I owned it more before. Once I started diving more into [gay dating] culture, I started to see just how it was perceived within that culture. That’s when the thought started coming in my head. I didn’t want to come across that moment where it’s like, “Are you cut or uncut? Blah blah blah.”

How would you say it’s perceived to be uncircumcised?

It’s strange because it really depends on being asked. If you are someone who prefers a cut penis, or to be circumcised, it’s weird because the preference -- they automatically associate it with cleanliness. It’s considered a more proper penis and uncircumcised is like, weird. But it makes me think, it’s weird to actually be born and have your penis hacked at. I am glad that I made the decision on my own to do it. There’s something empowering about that.

Since you found it empowering to decide yourself, what do you think you would do for your son if you had one?

I would probably get him circumcised, only because I wouldn't want him to deal with the social embarrassment of [not being circumcised], because it can come off that way. I’ve been in situations where if I let myself, I could’ve felt embarrassed, but I chose to own it. I think I had enough resilience where it didn’t get to me, but I think that some people in that situation, it does get to them.

Do you know why your parents chose not to circumcise you?

I’m definitely sure that it’s a money thing. My parents struggled when they had me. They were both teenagers, 18 and 19. Same with my cousins and stuff. It costs a little bit extra to have [a circumcision] procedure at the hospital. So if you’re already having kids and you’re going to be in the situation where you’re going to need to have government money for having kids, and you’re already thinking about it in a financial sense, it’s like, “I don’t really have to do this procedure right now. I can save these few hundred dollars that can go a long way.” I think that’s something to consider, too. Is circumcision almost a class thing?

Do you have a preference? Are you willing to date uncut guys? Do you care?

I think I care a little bit. I do have a preference for a cut penis. I don’t know how much of that is my individual preference and how much of it is an ingrained thing, like, “Oh, that’s just better.” I don’t think that I would not date someone who’s uncut, but I would be a little like, “OK, we can work with that.”

So I want to talk about the procedure. You did the research. How long did it take you to do all the research and make your decision? Did you find a lot of firsthand accounts to draw upon?

Surprisingly, yes, I found a few good resources that talked about the fact that it could be medically waived. I found that on the forum. I found information about losing sensitivity and being OK with that because you still get to have an orgasm, but physically it still feels different. When I talked to doctors I was like, “I’m definitely going to need to be put out for this. It’s too traumatizing.” Yeah, I was able to find some good resources and I guess they were accurate.

How long did the procedure take? Do you know?

From when I checked in and checked out, it was a two-hour process.

Were you in pain?

I wasn’t yet. The pain was to come. I remember looking down and thinking, “Oh my God, they did it,” and kind of freaking out because the side of my penis had gotten really swollen. They said the worst part was going to be when you get boners throughout the night, essentially, like, morning wood. Those are really hard to control. Also, you shouldn’t have anything touching your penis, but how do you do that when you’re sleeping? So, yeah, they were right. Those middle of the night boners were definitely painful, like a ripping sensation when I would get an erection.

How long did it take to heal?

Were there any complications from the procedure?

No, but when I went in for checkups afterward ... I was like, “Why is this so inflated on the side?” They said it was normal and would go down, but they did mention they had gone through a vein right there. I don’t know how I feel about that, but I guess it’s done already. It’s a weird no-turning-back thing. Once you’re on board, you have to take whatever you get and there’s something scary about that. But I will say, at the end of the day, I’m more content with it.

Aside from not being able to ejaculate for a while, were there any other negative side effects?

So you do have less sensation now?

Is it worth it?

Was there a moment after you did it where you were like, “Yes, this was 100 percent the right decision. I have no regrets”?

I can’t say that there was this specific light bulb moment. No. But I have gotten a lot more compliments in the moment, like, “Oh nice. This is what I like.” That consistent reassurance is sort of my light bulb. Before, I had this whole mental process before anyone would see my penis, and not having that alleviates this anxiety I used to have -- foreskin anxiety. That being gone tells me it’s worth it.