Another sign of the apocalypse: KFC is making a Double Down hot dog

Not a yoga pose 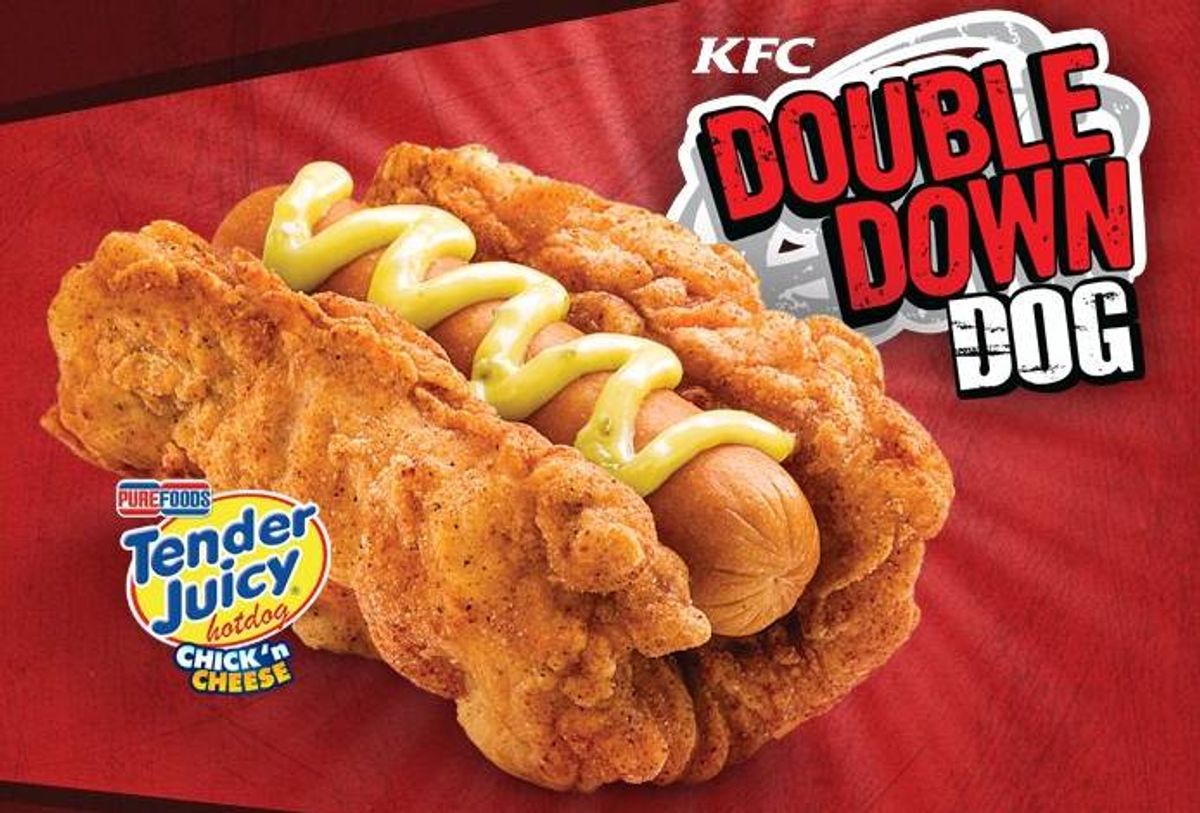 KFC, a "restaurant" chain that serves "fried chicken" that I've only had once but was like 70 percent grease, 5 percent chicken and 25 percent unknown, has been known to take the bold step of replacing buns with fried chicken patties. It's a hideous marketing ploy that succeeds in its quest for press, largely because we (the press) can't believe our eyes. Now, KFC Philippines has taken that concept to another level with the Double Down Dog, described as "a legendary dish for a legendary appetite."

The Double Down Dog is just a hot dog wrapped in a fried chicken bun with mustard. The mustard seems like a lame attempt at a garnish, since the only sauce that would be really appropriate for such a monstrosity is actual motor oil.

Perhaps because this fast-food creation is too pure for this world, or maybe because the chain appreciates the nuanced rules of flashy novelty garbage sandwich rollouts, KFC is coquettishly only selling 100 of them in 11 locations, 50 today and 50 tomorrow.

Unfortunately, as Rainey points out, the Double Down Dog is actually way more grotesque in practice than in theory.