Read this before it's too late: How to survive Snowpocalypse 2015

Written by preppers for preppers 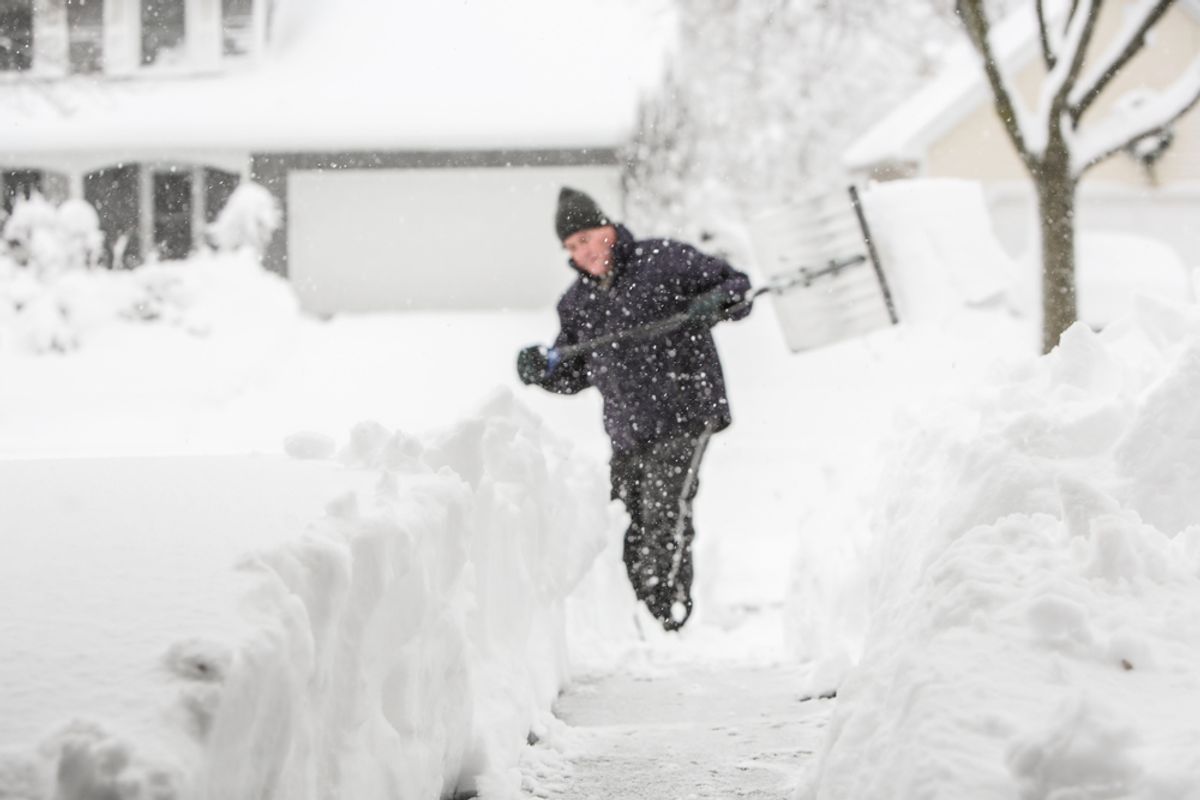 Winter Storm Juno is rapidly burying a number of Northeastern metropolises (and suburban areas) in feet of snow. We will likely be trapped in our domiciles for days (or more). Want to live? Follow my advice:

1. MAKE SURE TO STOCK UP ON WATER AND CANNED GOODS

You already have a nine-month supply of canned beans and Soylent in your hatch, but one can never be too safe.

2. GET SPARE BATTERIES AND CHARGE YOUR DEVICES

Make sure your ham radio is operational and tuned into your local prepper chapter. Keep your cellphone at full battery but be ready to abandon it if it seems the security of the line has been compromised.

3. PICK UP YOUR PRESCRIPTIONS

Always a good idea to have several extra months of Flintstone vitamins just in case your supplier is also unable to leave his cave.

Just a nice thing to do every day.

This needs to be a long, rambling, hyper-detailed post about the exact steps you are taking to survive and why the storm is really a plot jointly planned by President Barack Hussein Obama and Mayor Bill de Blasio and their wives. Use minimal punctuation, but maximum capitalization in odd places for Emphasis.

6. SET UP A GOOD NETFLIX QUEUE

This will help stave off manic loneliness, which is good because a manically lonely warrior is an ineffective warrior. We recommend “Survivorman,” “Lock n’ Load With R. Lee Earmey” and “The Walking Dead.”

7. MAKE SURE TO MOVE AROUND AND GET SOME EXERCISE

When fellow INFORMED citizens emerge when the ice finally thaws in 2017, we don’t know what alien creatures might have taken over the Earth. Be prepared for hand-to-hand combat with at least one (1) pretty big robot.

8. WATCH THE NEWS AND LISTEN TO ADVICE FROM PUBLIC OFFICIALS

Then do the opposite. While we are underground, they will shed their human skin and return to lizard form in preparation for the final battle. Don’t be tricked by their promises.