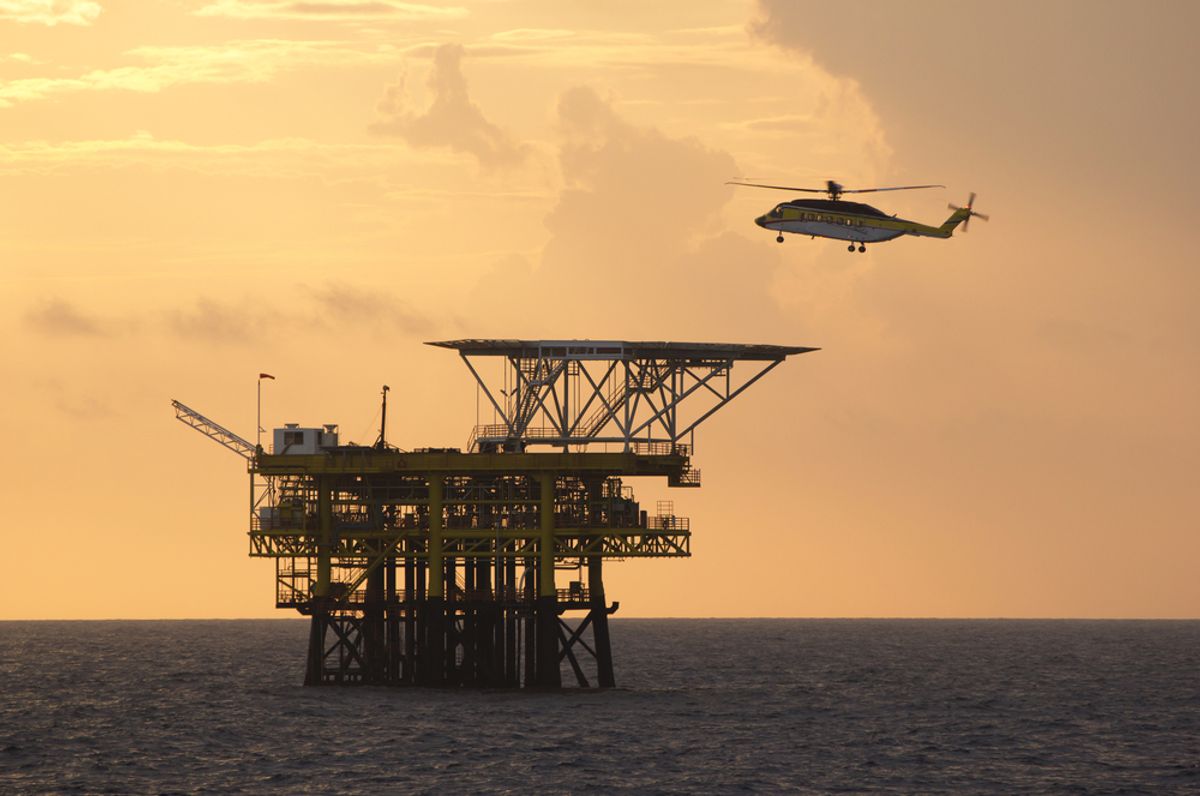 The Obama administration Tuesday announced a proposal to ban drilling in certain environmentally sensitive parts of the Arctic -- but in exchange, it will open up the Atlantic to gas and oil interests for the first time in decades.

The Interior Department's draft plan for five-year lease sales, which would begin in 2017, cover 14 potential sites: 10 in the Gulf of Mexico, three off of Alaska, and one in the Atlantic, off the shores of Virginia, the Carolinas and Georgia. It's the kind of arrangement that the administration presents as a "balance" between energy interests and environmental concerns, in that no one's happy about it -- Alaska Senator Lisa Murkowski has already been freaking out over an earlier decision to prohibit drilling in 12 million acres of Arctic Refuge  -- but it's a major, and surprising, blow to environmental groups that have fought to keep Big Gas and Oil out of the Atlantic.

“This takes us in exactly the wrong direction," Peter Lehner, the executive director of the Natural Resources Defense Council, said in a statement. "It would expose the Eastern Seaboard, much of the Atlantic and most of the Arctic to the hazards of offshore drilling. It ignores the lessons of the disastrous BP blowout, the growing dangers of climate change and the promise of a clean energy future."

Environmental groups are warning that the proposal exposes East Coast states to the risk of Deepwater Horizon-style disasters -- it was after the BP spill in the Gulf of Mexico, after all, that the administration abandoned its previous attempt to green-light drilling in the Atlantic. They warn that the impact of a potential spill could be far-ranging -- the extremely questionable safety of Arctic drilling is the biggest concern, but even without a spill, drilling activity threatens the East Coast's fishing and tourism industries.

But beyond safety concerns, it's hard to ignore the deep irony of the proposal, which comes just as President Obama has been speaking out more forcefully than ever on climate change, and as he's cited the Keystone XL pipeline's potential contribution to climate change as a reason why he might decide to veto the project.

"Unfortunately, the administration's five-year plan amounts to climate denial," Stephen Kretzmann of Oil Change International told the Hill. "The administration needs to harmonize all of its policies with climate science, not just some of them."

It certainly does sound like denial of the urgency of climate action: if we're going to limit warming to 2 degrees Celsius, after all, scientists say that the majority of the world's remaining fossil fuels will need to be left in the ground. Therein lies the major flaw in Obama's "all-of-the-above" energy strategy: it's hard to convince people you take the science seriously and at the same time justify the risks of extracting even more gas and oil.