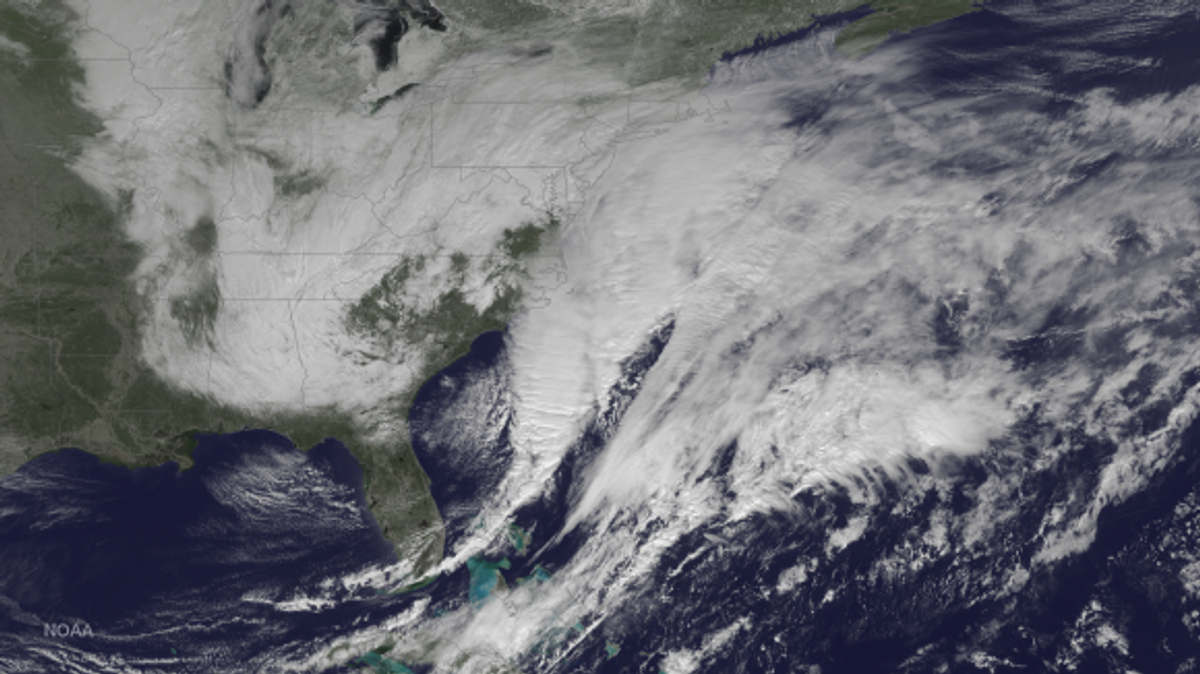 On Tuesday morning, millions of New Yorkers awoke to find that the world had not been buried under a mountain of impenetrable snow and ice. The power was still on, and they had barely made a dent in the gallon of milk and canned chicken they had gotten in obligatory pre-disaster shopping trips. The media have spent the morning criticizing meteorologists and public officials for the undue hype.

"When you hear the word 'crippling,'" said John Davitt, a meteorologist for local television station NY1, "and you look out your window this morning, it is not there."

New York Gov. Andrew Cuomo even called into CNN's "New Day" to defend his decision to ban travel in the most populous city in the United States: "Hindsight is 20/20," he said. "You act on the information you have at the time. The last thing I want to do are close roads and close the transportation system... But we've gotten risky the other way, and we've been in situations where we've lost lives. So this is nothing to trifle with, and I'd rather be a little safe than sorry."

"Fox & Friends" dissed Mayor Bill de Blasio for keeping the city-wide travel ban in effect, while a Philadelphia meteorologist actually apologized for the hype when accumulation predictions were curtailed.

The thing is that even though the storm wasn't quite as bad as predicted (it has thus far fallen short of "crippling" predictions at only slightly more than a foot of snow in New York and the National Weather Service downgraded the city's blizzard warning to a winter storm warning), it was still pretty bad.

High winds and heavy snow were set to persist throughout the day, with another food forecast to fall in parts of Boston. Wind-driven seas caused flooding along some low-lying roadways in coastal Massachusetts, state police said.

Some of the heaviest snowfall was recorded in parts of Connecticut and Massachusetts, while New York City's Central Park just saw 6 inches (15 cm), less than a quarter of the "historic" snowfall that some meteorologists had predicted...

Sustained winds in [New York] might hit 40 miles per hour (64 kph), though gusts as high as 78 mph (126 kph) were recorded on the island of Nantucket, off Massachusetts.

Former New York Mayor Rudy Giuliani actually defended de Blasio for his caution. "Never criticize someone for over-preparing," he said, "because the next time you might not prepare as well and we'll all be upset."