Your exercise equipment is lying to you 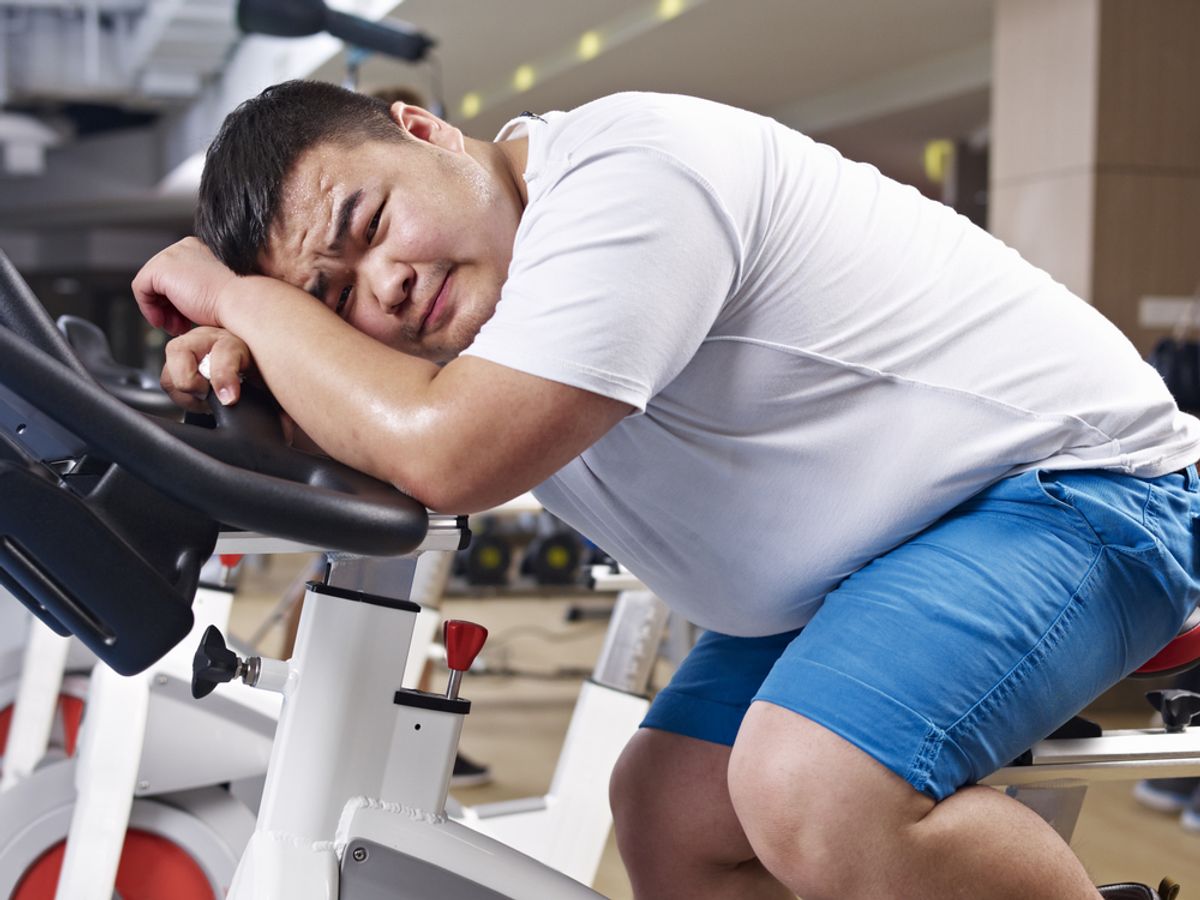 After a workout, it’s a great feeling to check the calorie counter on your machine and see how many you’ve burned off. But that killer workout might not have been as successful as you thought. Recent studies have shown that cardio machines and fitness trackers aren’t completely accurate and some may even be way off the mark.

The machines are inaccurate because most only account for age and weight. Georgie Fear, a registered dietitian for Precision Nutrition, says, "estimating calorie output can be an inexact science" because other factors like body fat, body temperature and hormonal changes come into play. These components are very difficult to track because they are always fluctuating. Fear says that machines become less reliable as they get older, and calorie burn readout is less accurate at higher intensities.

According to Christine Luff, running and jogging expert at About.com, calorie counts on treadmills don’t account for your form and running efficiency. For example, a new runner will burn more calories than an experienced runner because the new runner hasn’t perfected her form. “The beginner's inefficient side-to-side movement and bouncing up and down expends more energy than the experienced runner's efficient stride,” Luff says.

As a rule, Luff says a person with less body fat and more muscle mass burns more calories per workout. Therefore, a 160-pound woman with 35% body fat will actually burn more calories than a 160-pound woman with 20% body fat, even if they both run at the same pace on a treadmill. However, the calorie counter will erroneously display the same number of calories burned for both women.

Unfortunately, many of us don’t have the option of using a new machine that might work better; we are at the mercy of whatever equipment is available at our gyms. Use the calorie counter on cardio machines as a benchmark and always factor in a margin of error. Don’t base your calorie intake or consume extra calories based on the number provided.

For a more accurate assessment of calorie burn, fitness trackers such as Fitbit and Jawbone are a much better option. Not only do they gauge how many calories are burning during a single workout, they can be worn all day to measure overall energy expenditure.

But don’t just buy any old fitness tracker without doing your homework. Finding the ideal fitness tracker varies depending on the type of exercise you do and your specific goals. According to both ConsumerSearch and Consumer Reports, the clip-on Fitbit One is one of the best fitness trackers for tracking activity that involves stairs. This particular device performed well in side-by-side testing, accurately measuring calories and counting steps. ConsumerSearch says the Fitband Flex is “one of the most accurate fitness trackers on the market,” but unlike the Fitbit One, it doesn’t track stairs climbed because it doesn’t contain an altimeter. However, the Fitband Flex can track basic steps, calorie burn and the length of cardio-related activities. The Jawbone UP24 also falls within the best-reviewed category. Although it can’t count stairs either, experts say the UP24 is very accurate at tracking calories, steps, distance and active time.

But the question remains, are fitness trackers—even those that earn the best reviews—completely accurate or should we still allow for some margin of error? According to a New York Times article, a study conducted by Azusa Pacific University showed that fitness monitors—worn on both the hip and wrist—accurately measured energy expenditure during higher-intensity activity, such as walking briskly on a treadmill. The devices were not so reliable when tracking lower-intensity tasks like cleaning a simulated kitchen or standing, falsely gauging them as physical immobility. On the flip side, the armband monitor significantly overestimated the energy expenditure on those same, less strenuous tasks.

Another study, conducted by Arizona State University, involved 74 adult participants of various ages who wore an armband accelerometer and a portable oxygen-consumption gauge while engaging in cardio exercises like walking and jogging and performing everyday tasks such as lifting boxes and sweeping. Once again, the armband measured more intense cardio exercise, like jogging, far more accurately than domestic tasks like sweeping. This study also found that the armband was totally off when measuring bicycle pedaling because no arm movement is involved.

John Jakicic, director of the physical activity and weight management research center at the University of Pittsburgh, further explains why activity trackers aren’t entirely accurate. First the science behind many of these products remains a mystery to the public. "Most brands of trackers use proprietary algorithms and formulas that haven't been independently tested in the lab and they aren't available to the public so it's impossible to know how they are capturing their information," Jakicic says.

Trackers that rely solely on an accelerometer aren’t completely accurate because estimations of calories, steps and mileage will fluctuate depending where the device is worn on the body. A tracker worn on the wrist will monitor walking or running fairly accurately because there is wrist movement involved. However, it won’t be helpful to someone using a stationary bike with his hands resting on the handlebars.

Jakicic recommends using a more advanced tracker. Whereas an accelerometer is often imprecise because it gathers data based on movement and direction, “a device that incorporates information about say, GPS, body heat and heart rate, is probably smart enough to know the difference between sitting in a chair and cranking away on a cycle,” Jakicic says.

Even if fitness trackers aren’t entirely accurate all the time, they are still worth using, particularly during high-intensity cardio activity because they generally excel at correctly estimating calorie burn, distance and energy expenditure in that capacity.