Amanda Palmer responds to Twitter outrage over Jonathan Chait essay with a poem, of course

Palmer insists, against all odds, that she "unwittingly waltzed into" the Twitter fight 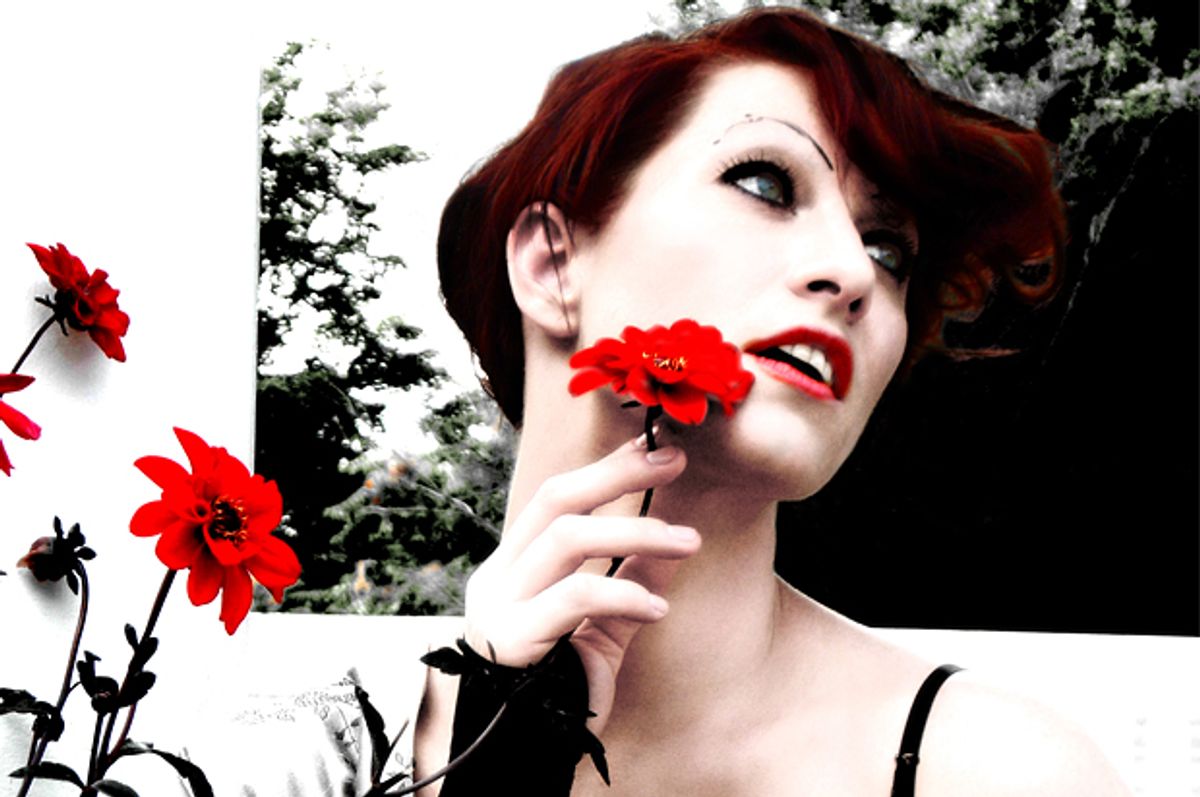 Amanda Palmer, high-performance Internet troll, responded to backlash against Jonathan Chait’s New York magazine essay “Not a Very P.C. Thing to Say” the best way she knows how: with an original poem.

Palmer’s poem sets up the stakes with a lengthy expository title worthy of the Chinese masters: “On Reading the Tweet from the Girl Proclaiming She’s Getting Her Dresden Dolls Tattoos Covered Up Due to an Article I Tweeted a Link to About the Dark Sides of Online Political Correctness.”

She prefaces the poem with crediting its inspiration to “the lush graffiti and wondrous sites of johannesburg” and also to “a small twitter storm i unwittingly waltzed into,” noting casually that “nothing inspires like a good twitter kerfuffle.” (All lowercase proper nouns sic, of course.) Sure, she "unwittingly waltzed into" yet another "good twitter kerfuffle," as you do. It's difficult to tell what's harder to swallow here: the idea that Amanda Palmer keeps accidentally provoking her fans, or that people who have followed her long enough to have references to her inked on their bodies don't already expect to be trolled on the regular when she feels she needs a little online attention.

This Amanda Palmer story has everything an Amanda Palmer story needs: an over-invested fan feeling devastated over a perceived betrayal, her own disingenuous shock at public outcry over a seemingly-offhanded remark, and, of course, a really terrible poem written all in lowercase. Also, Johnny Depp, who surely thanks her for her service: (“i love you; i loved you / Winona Forever / i mean, i had feelings, one time, / at some level.)

To be clear, Palmer didn’t just tweet a link to Chait’s troll-bait essay on the white man’s social media burdens, she praised it to the heavens:

excellent excellent article by @jonathanchait about the return of political correctness & the threats within: http://t.co/TnDmQkVCe2 …

The backlash was, as she likely predicted and banked upon, swift and biting. Palmer’s many essays, speeches, interviews and book chapters on social media basically boil down to: “Twitter is awesome when it can get you a ride to a show, and terrible when it criticizes you for speaking your mind.” Which is to say: people are only wonderful when they give you what you want, not when they tell you something you don’t want to hear.

The poem is also everything you want from an Amanda Palmer poem: a series of shallow insights cribbed from an imaginary Aughts teen’s LiveJournal, a deliberately provocative mention of nihilistic party-girl antics, increasingly banal rhetorical questions about commitment and some terrible tattoo metaphors picked from the rejection slush pile of a Tori Amos fanfiction 'zine, if such a glorious thing ever did exist, or does today: “love eats deeper than fear. / it seeps layers below. / and the scars that it carves / are not visible now / but you’ll feel them / they’ll tickle / a phantom reminder / of the protests / that made you you, / not another.”

Amanda Palmer will bury your face in the billowing certainty of her expansive love whether you like it or not. Like a bad decision that will affect your credit score for years, Amanda Palmer promises: “I’m still there / underneath.”

Palmer closes with a backpedaling list of links to the many rebuttals offered to Chait’s essay, as if to say “hey, poet-friends, I’m just a champion of freewheeling discourse over here!” and not the consummate manipulator of all of her fans, the genuine Dresden Doll tattoo-sporters and the hate-watchers alike. Well played, Amanda Palmer.