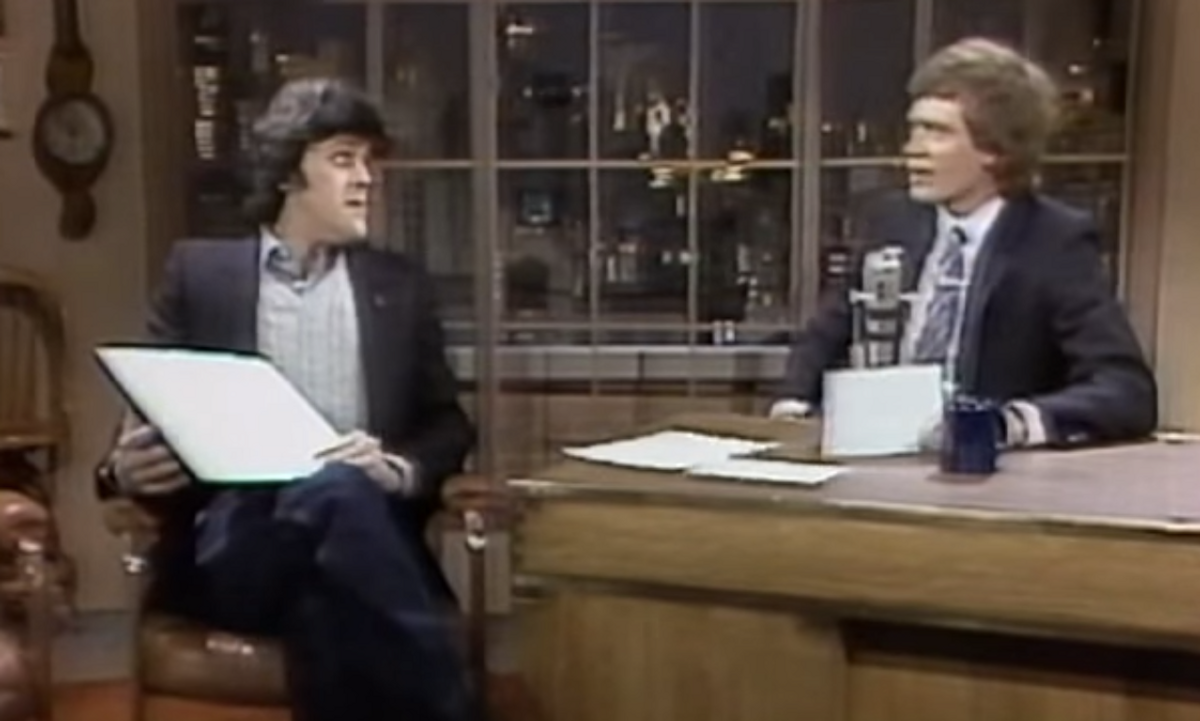 David Letterman reached out to his former late-night rival Jay Leno, and invited him to appear on "Late Show with David Letterman," according to TV insider. Letterman is set to retire in May, leaving little time for the two to bury the hatchet on one of their respective late-night programs. (Leno retired from "The Tonight Show" last year.)

Prior to the Leno/Letterman rift -- which began when Leno was asked to host "The Tonight Show" after Johnny Carson retired -- Leno was a regular appearance on "Late Night with David Letterman."

It is now up to Leno to decide how this late night war ends. Last year Leno told TV Insider that he'd be open to appearing on the "Late Show" and said kind words about appearing on "Late Night with David Letterman":

No word on whether Leno will accept the invitation. Splitsider is reporting that last week Leno had no real response: "I haven't heard that. I'll have to check into that."

Here they are together on "Late Night":