E.O. Wilson: We should "diminish, to the point of eliminating, religious faiths"

Wilson spoke with New Scientist about his latest book, "The Meaning of Human Existence" 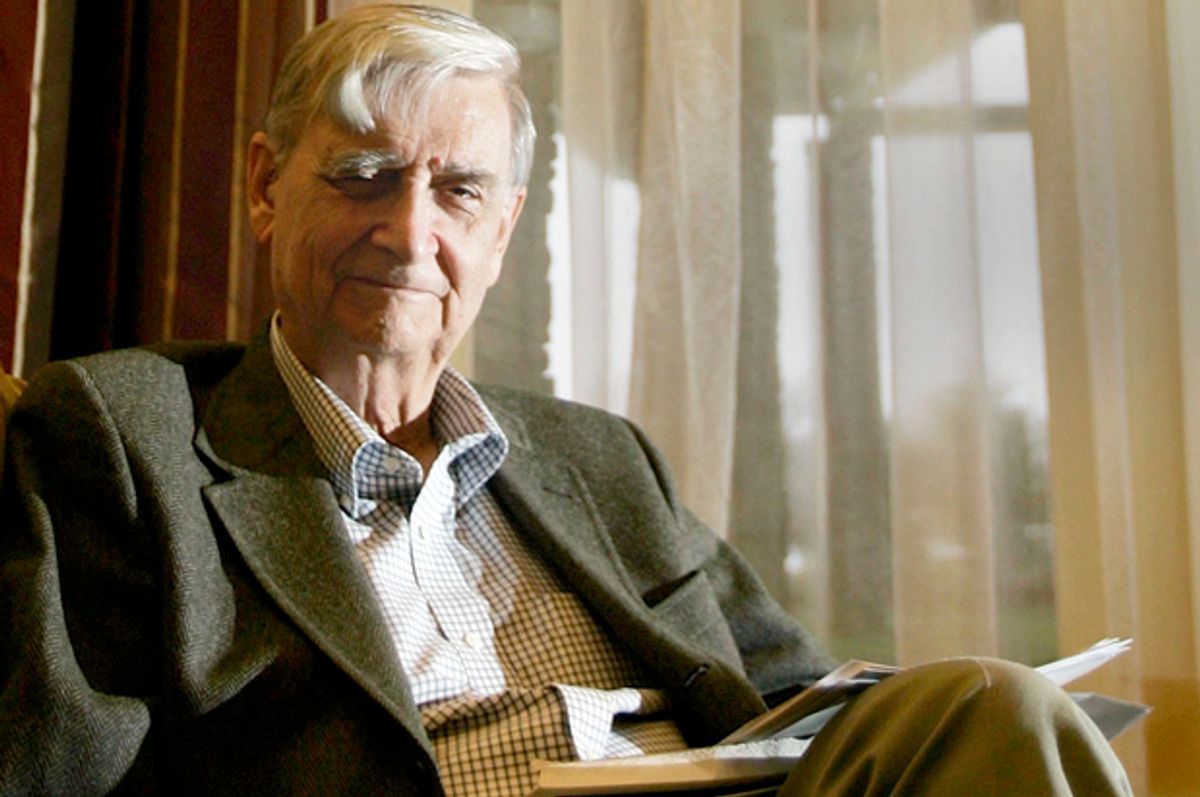 E.O. Wilson, a Pulitzer Prize-winning sociobiologist, recently spoke with New Scientist about his latest book, "The Meaning of Human Existence," in which the scientist tackles three fundamental questions of religion, philosophy and science: Where do we come from, what are we and where are we going?

Over the course of the interview, Wilson discussed the concept of organized religion, which, he says is destroying the tribal structure of the Earth.

"All the ideologies and religions have their own answers for the big questions, but these are usually bound as a dogma to some kind of tribe," he said. "Religions in particular feature supernatural elements that other tribes -- other faiths -- cannot accept... And every tribe, no matter how generous, benign, loving and charitable, nonetheless looks down on all other tribes. What's dragging us down is religious faith."

While the impulse to search for spiritual meaning unites humanity, Wilson (who said "I'm a scientist" when asked if he was atheist) argued that the unifying quest had been divided by "tribal religions."

"I would say that for the sake of human progress, the best thing we could possibly do would be to diminish, to the point of eliminating, religious faiths. But certainly not eliminating the natural yearnings of our species or the asking of these great questions."