"With the way you've been reporting lately, you're lucky you're not in an actual blizzard mobile" 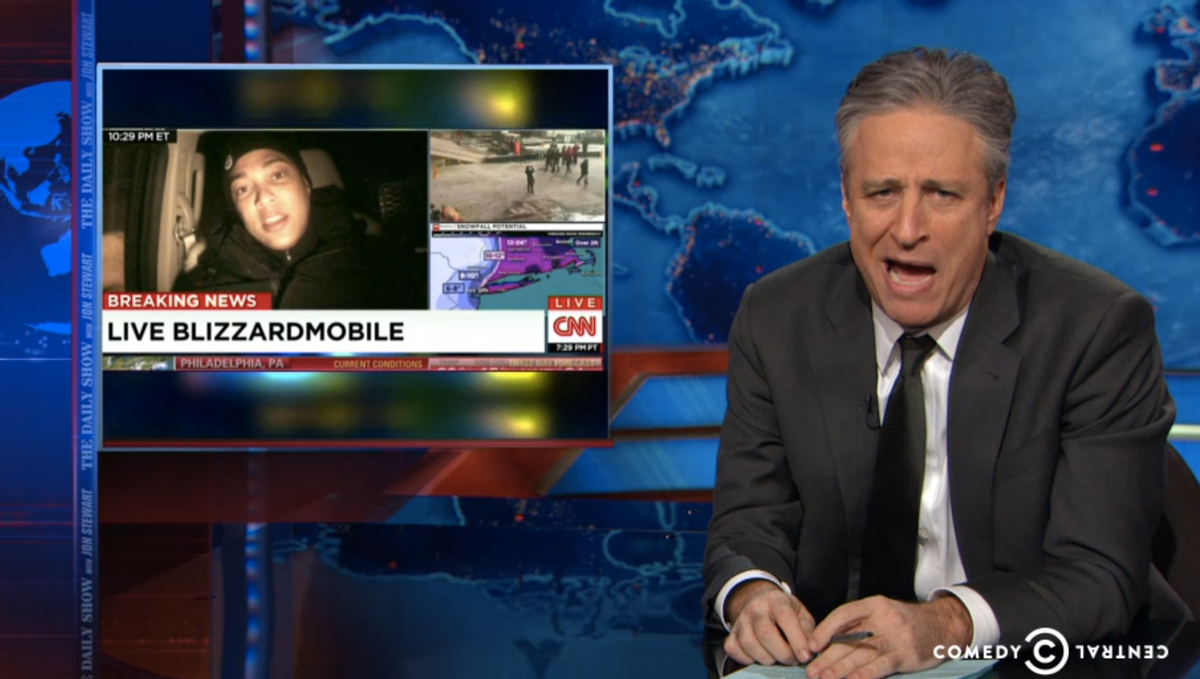 Jon Stewart took aim at New York media on Tuesday night's "The Daily Show." Specifically, the comedian called out cable news' breathless reporting on Juno, the snowstorm that hit the Northeast on earlier this week.

The blizzard did not deliver the predicted snow-dump on New York. However, that didn't reporters like CNN's Don Lemon from getting into a "blizzardmobile" and driving down the streets of New York City -- even though there was a driving ban. Needless to say, Stewart was far from impressed. Watch below: