"What was the last great civilization that gorged and vomited over and over again?" 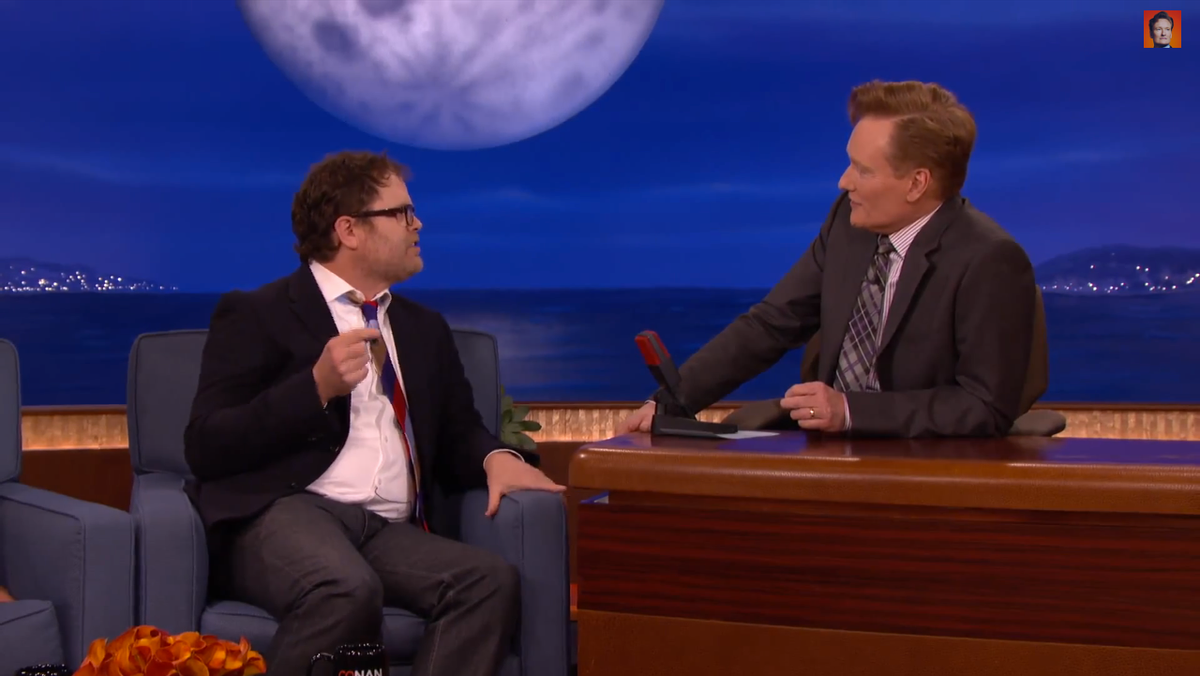 Rainn Wilson made an appearance on Tuesday evening's edition of "Conan," to promote his new surly detective procedural, "Backström." While he was there, he discussed a major issue he has with American culture: hipster foodies.

"This whole foodie obsession that is going on in America's big cities, it just drives me crazy. It makes me sick," said Wilson. "They wait like months in advance for reservations at the right little diner. 'Oh, you've got to go to Ming Mong's restaurant because the chef is half Ethiopian, half Finnish and he makes meatballs out of goat, and he makes a gnocchi with Meyer lemon and squid shit."

"What was the last great civilization that gorged and vomited over and over again? Andy? THE ROMANS!"

"Oh, I was going to say people from the Midwest," says perpetually game sidekick Andy Richter.