"This is by no means a conclusion": Marissa Alexander is released, but her struggle for justice continues

After three years of incarceration for firing a warning shot, Alexander was released. But the system remains broken 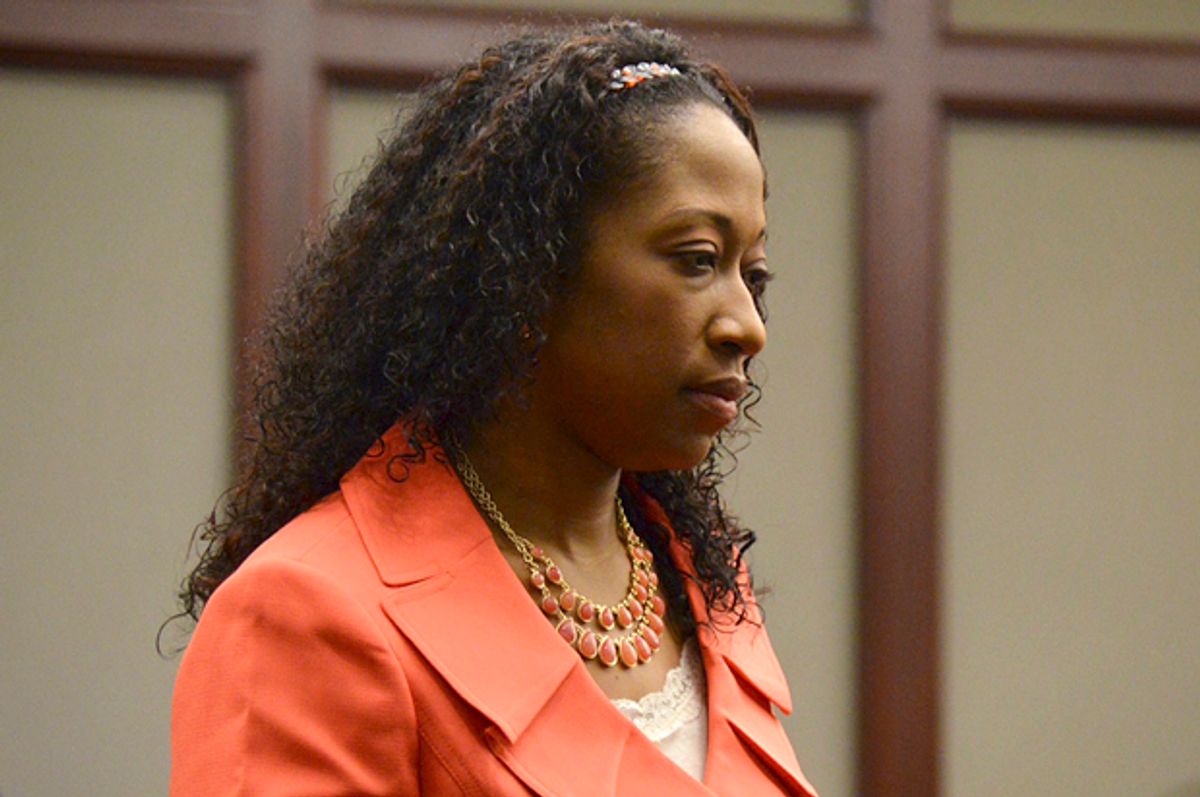 Marissa Alexander, who has brought to national attention the issue of how our criminal justice system treats victims of domestic violence, was released Tuesday after three years of incarceration. In a statement following the hearing, Alexander said, "Today, after the sentence given by Judge Daniel, my family and I will be able to move on with our lives.”

Faced with a 60-year sentence for firing a warning shot in the direction of her estranged ex-husband, a man with a history of violent abuse who admitted that he had previously threatened Alexander's life, she accepted a deal in November, pleading guilty to three counts of aggravated assault with a weapon in exchange for time served. In the years since her arrest, Alexander has maintained that she acted in self-defense. Her warning shot harmed no one, and was fired from a gun that was legally registered to her name.

At the Tuesday hearing, Circuit Court Judge James Daniel declined to sentence Alexander to the two additional years prosecutors had requested. As she walked out of the courthouse, she put more than 1,000 days of incarceration behind her.

But the ordeal is far from over for Alexander, a mother of three from Jacksonville, Florida. She will spend the next two years under house arrest, or what’s called community control. She will wear a GPS monitoring device that will track her every movement. She will only be permitted to leave home to work, attend medical and court appointments, go to church and pick up her children from school. If she plans to do anything else, she will need explicit permission from a judge. This monitoring will cost her nearly $11,000 for the entirety of her sentence.

She is also now a convicted felon. And in Florida, that means that she has lost her ability to vote, to help elect representatives that have the power to change the laws that put her behind bars in the first place. And while Jacksonville happens to be one of three cities in Florida that does not require people convicted of felonies to check a box alerting employers of their record on an initial job application, hiring and workplace discrimination against people convicted of crimes continues to harm the ability of women like Alexander to support themselves and their families.

Alexander’s incarceration may have ended Tuesday, but her struggle for justice has not, said Sumayya Coleman, co-lead of the Free Marissa Now Mobilization Campaign. "It’s been a long and painful journey and, though her release from jail is definitely a win -- no 60 years -- the journey of seeking ultimate freedom is not over," she said. "Marissa will be forced to be on strict home detention while being under surveillance for two years. This is by no means freedom in the sense we feel she deserves."

Alexander’s case has brought to national attention the ways in which women who are victims of domestic violence, particularly black women and women of color, are revictimized by the criminal justice system. The profile of Alexander’s ordeal may be unique, but the circumstances that landed her in jail are not.

As Vikki Law reported for Salon last year, the New York State Department of Corrections and Community Supervision found that nearly 70 percent of women who were sent to prison for killing someone close to them were also abused by that person. A study in California found that 93 percent of the women who had killed their partners had been abused by them, and nearly 70 percent of those women reported that they had been attempting to protect themselves or their children.

In New York, activists have pushed for a measure that would allow judges to use their discretion when sentencing survivors of abuse, as well as opening up the possibility of resentencing for survivors of domestic violence already convicted of crimes. The Domestic Violence Survivors Justice Act is one way advocates and survivors of domestic violence, inside and outside the criminal justice system, hope to make the courts more responsive to the needs and circumstances of victims.

In Florida, Alexander’s case has put a spotlight on the uneven application of the state’s "stand your ground" law, and added urgency to the movement to repeal the state’s mandatory minimum policy. And it’s with an eye toward these systems and structures that activists are planning next steps in the wake of Alexander’s release.

“Our next agenda is to seek full restoration for Marissa and her family, including the expunging of her so-called criminal record, and a systemic transformation that prevents black women and all survivors of domestic violence from experiencing the hostile and brutal treatment from policing, prosecution, and prison systems that Marissa has endured,” said Coleman. “We will push for improved legislation and monitoring of systems that penalize victims of domestic violence who choose to save their lives by force. This is by no means a conclusion.”