Yes, it is a musical performance 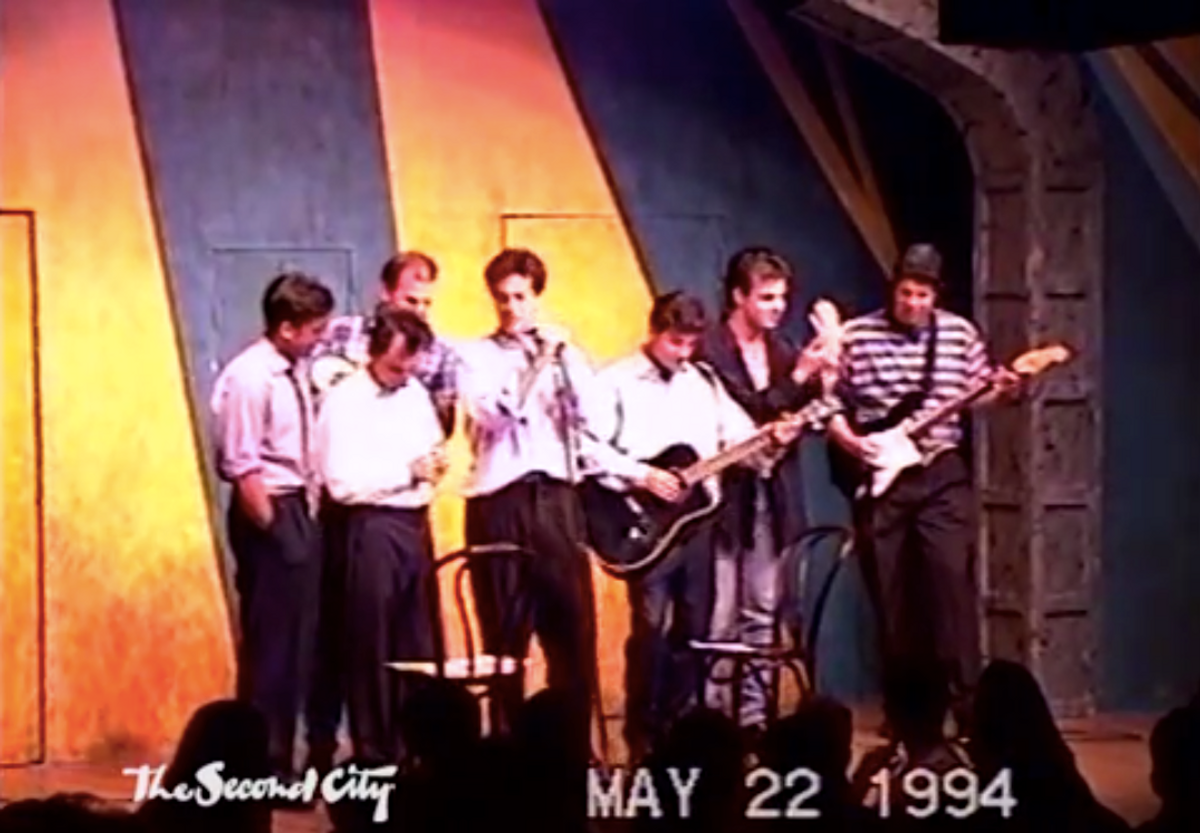 The year was 1994, the act was introduced by Steve Carell, and the show was a medley of songs written by Colbert and fellow cast-mates during their time at Second City. The musical act was performed by Colbert Paul Dinello (Colbert's writing partner), Dave Razowsky, Scott Allman and more.

If you've been missing your daily dose of Colbert, or fretting over whether he'll be an excellent "Late Show" host, just watch this clip and enjoy.