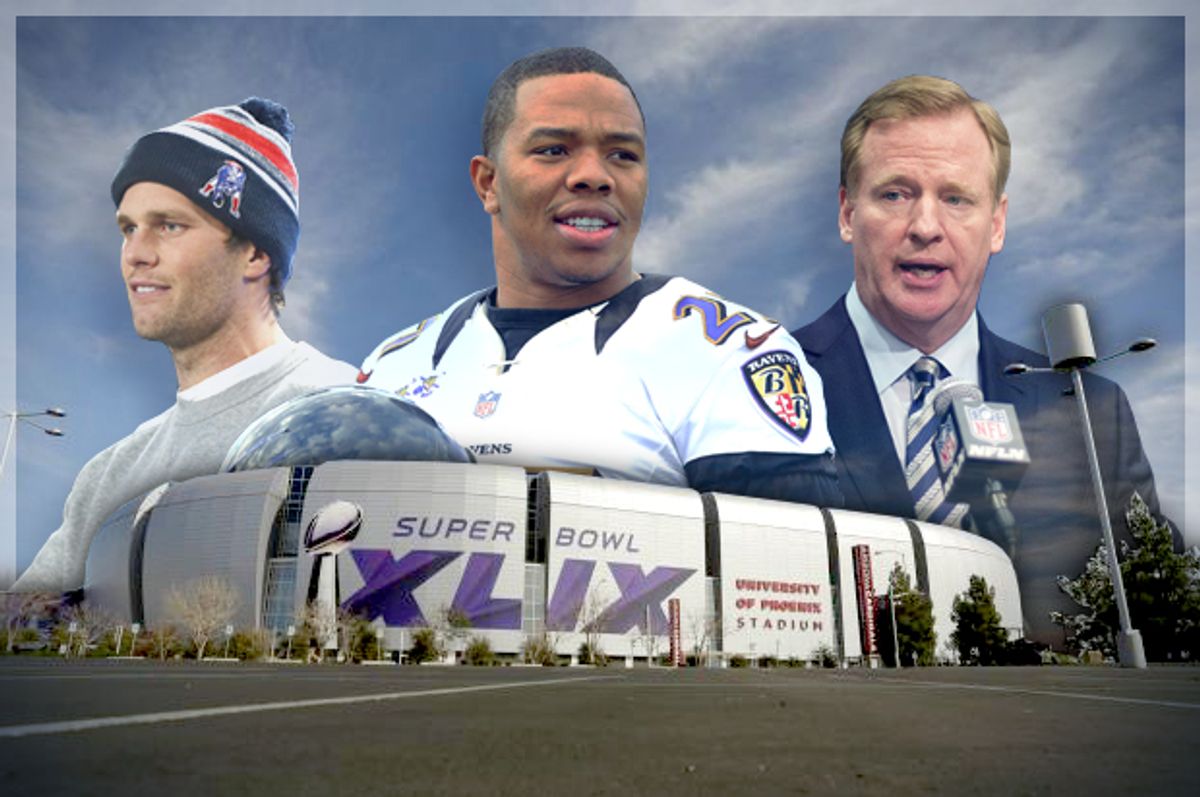 For many years, Mike Ditka has served as the embodiment of what you might call America’s unreconstructed football id.

Ditka won an NFL championship as a hard-charging tight end, then coached the 1985 Chicago Bears to a Super Bowl romp. His testosterone-fueled tirades and bomb-proof pompadour earned him iconic status, the sort codified in worshipful "Saturday Night Live" parodies.

As a television commentator, Ditka has always reveled in playing the tough guy. “If God had wanted man to play soccer,” he once growled, “he wouldn’t have given us arms.” Right, coach!

Last May, three members of the Super Bowl team coached by Ditka sued the NFL, alleging that team doctors over-prescribed painkillers and misled players about the severity of their injuries. Ditka’s initial response was to mouth the NFL’s company line: “If you don’t want to take [meds], don’t take them,” he wrote, in the Chicago Sun-Times. “I don’t think anybody ever forces anyone to do anything.”

It’s hard to overstate the naiveté of this observation, especially coming from Ditka, who understands the intense pressure on “his guys” to play through pain. Last year, an ESPN survey showed that 85 percent of NFL players would choose to play in the Super Bowl with a concussion.

All of which makes Ditka’s recent comments on HBO’s Real Sports that much more astonishing. Ditka expressed concern about his former charges, whose bodies and minds have been ravaged by the game, including the late Dave Duerson, who took his own life in 2011, leaving behind a brain deformed by chronic traumatic encephalopathy. Ditka then went a step further. He admitted that he wouldn’t let his own sons play football. “That’s sad. I wouldn’t. And my whole life was football,” he told host Bryant Gumbel. “I think the risk is worse than the reward.”

In issuing this confession, Ditka became a kind of poster boy for the mind-set that now governs NFL fans: perpetual cognitive dissonance.

This weekend, more than 100 million will watch Super Bowl XLIX. Most of them basically agree with Ditka. (President Obama certainly does.)

“That’s what the NFL is banking on these next few years—hypocrisy, basically—as more stories emerge about the tortured lives of retired players. Many of them can’t walk, sit down or remember anything. Some battle debilitating headaches and gulp down pills like they’re peanuts. A few weeks ago, Jim McMahon confessed in an interview that his short-term memory was gone, then admitted he wouldn’t even remember the interview as he was giving it. You hear these things, you sigh, you feel remorse, you forget … and then you go back to looking forward to the next football season.”

Actually, that’s how Simmons summed it up back in 2012.

You can see that he feels just terrible about watching football. Not terrible enough to stop actually watching it, or promoting it on a daily basis. But still.

What made the 2014 season unique is that for a few weeks, there at the beginning, it seemed like a lot of America—or the pundits who live in America anyway—might actually treat football as a moral undertaking as well as a thrilling diversion.

This phase proved about as durable as Tim Tebow’s stardom. After a few weeks of reviling running backs Ray Rice and Adrian Peterson for their off-the-field violence, it was back to unabashed gridiron worship.

Lost amid all the scapegoating was a far more shocking story: the NFL’s admission in federal court documents that it expects up to 30 percent of its former players to suffer chronic brain injuries. To put this in the reductive language favored by tabloids: nearly a third of the employees in America’s most famous workplace will wind up brain damaged.

In most any other American workplace—say, a factory or an office or a military base—such findings would provoke a federal intervention and a public backlash. But pro football has become so precious to us as a culture, and so normalized as a leisure-time ritual, that we treat it as a morality-free zone.

And thus, as we are forced to confront the costs of football—the health risks, the financial corruptions, the toxic values—cognitive dissonance has become our default setting.

It’s what allows avowed feminists to champion a game in which men are defined as hyper-aggressive, while woman bounce like sexual ornaments on the sidelines. Or social justice activists to back a sport whose players are harvested from poor neighborhoods, valued almost exclusively for their physical prowess, and trained to suppress their empathy. Or progressives to enjoy the sport that exemplifies America’s corporate win-at-all-cost ethos.

Cognitive dissonance is what allows citizens who vehemently oppose tax cheats to underwrite a league that lobbied Congress for tax-exempt status despite earning $10 billion in annual revenues.

It’s what allows Tea Partyers who decry government waste to sponsor a league that derives a whopping 70 percent of stadium funding from taxpayers. (Thanks to our allegiance, the league essentially siphons millions of dollars from the public till and pours them into the pockets of billionaire owners.)

Cognitive dissonance also allows antiwar protesters to celebrate a league whose long-standing partnership with the military is both financially and psychologically symbiotic.

And this compartmentalization operates at every level of the game.

There are scores of union members who love the college game, despite the fact that it operates on a system that amounts to indentured servitude. And professors who cheer their hearts out for a sport that degrades the intellectual mission of higher education.

Of course, Americans are complicit in all sorts of ways. We decry cruelty toward animals and eat scores of them. We bemoan climate change and continue to guzzle fossil fuels. We lament gun violence but subsidize a popular culture brimming with pornographic cruelties.

What makes the promotional run-up to this year’s Super Bowl especially galling is the dearth of ethical self-reflection, given all we have learned about football. The facts cited above, after all, are no longer well-guarded secrets. They are known and accepted aspects of the industry.

What, then, will it take for casual fans to decide that their time and money are better spent on more humane forms of entertainment?

Cynics insist that Americans will never turn away from football, that the sport operates as a kind of inviolate national religion. But the same thing might have been said about boxing a hundred years ago. Moral progress is inconvenient. That doesn’t mean it’s impossible.

Simmons, in his cri de couer, expressed a desire common to guilt-stricken fans, that “someone” would decide when to draw the line against football. The truth is that we the fans are the ones who will have to draw that line.

Football, already the most popular and profitable sport in America, will continue to be as big as we make it. This week’s showdown likely will draw the largest audience in the history of the game.

But it’s a safe bet that more viewers will feel the pangs of their conscience than ever before, too. NFL executives, busy counting their loot and fending off lawsuits, may not care to notice. But as Coach Ditka’s admission suggests, the next generation of fans might.

Not every drawn line is immediately visible.