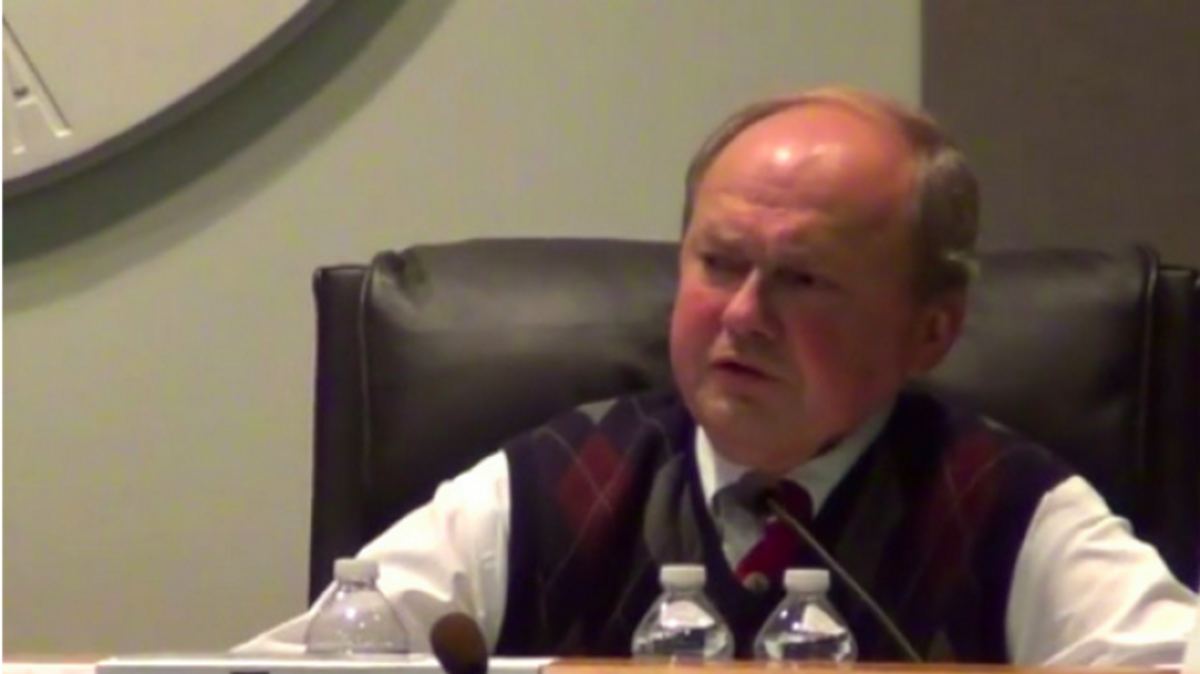 A white county supervisor referred to an African American reporter as "boy" during a contentious meeting Monday before quickly correcting himself and addressing the reporter as "son."

The Virginia News Leader reports that Augusta County Supervisor Tracy Pyles, a Democrat-turned-independent, was arguing with reporter Calvin Trice about an article that had appeared in the News Leader. "You got it wrong, boy — uh, son," Pyles told Trice.

"That has bothered me," Pyles told the paper, referring to his use of the word "boy."

"It certainly came out, and then I went to 'son,'" he added.

For his part, Trice said that he found Pyles' use of the word -- historically used to denigrate African American men -- offensive, as did others who attended the meeting.

"The context was obviously angry and that's a term that when it's been used against me was a racial slur, a put down," Trice, who is 43, said.

But while Pyles acknowledges the offense his remark caused, he continues to insist he did not mean ill.

"I have boys," Pyles said. "'Listen boy, you can't do that.' That's the way I talk to them. The fact that I think of Calvin no differently than I do anybody else, it came out, but I know the world looks at things differently."