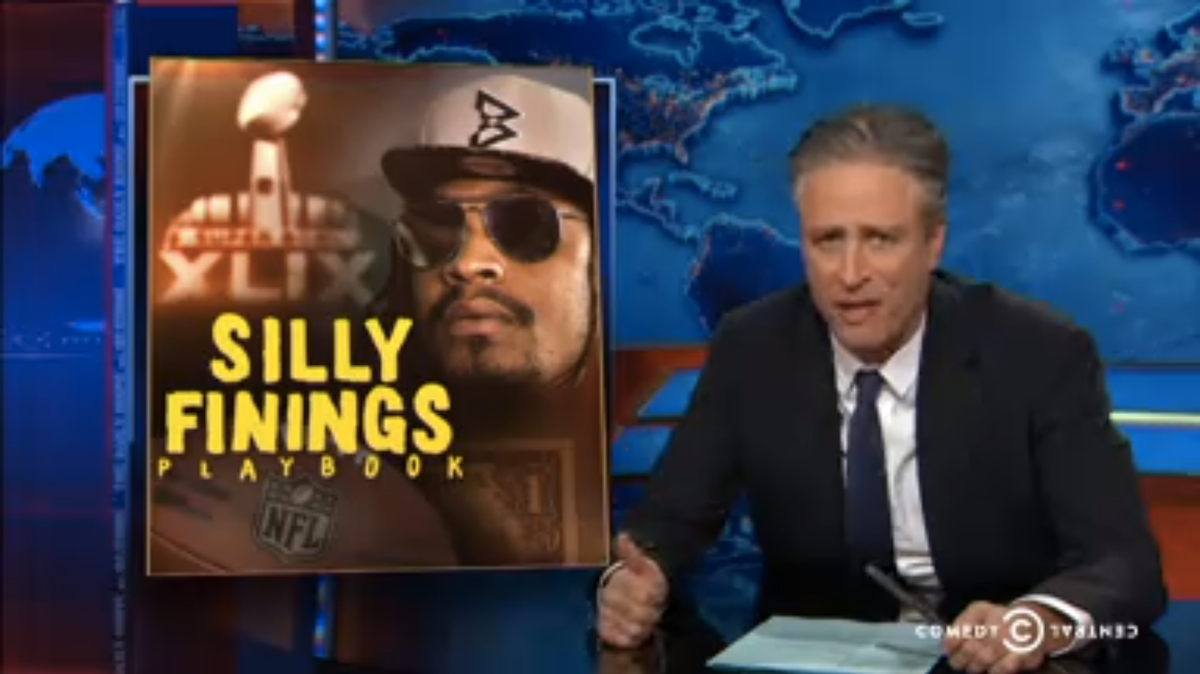 On Thursday evening's edition of "The Daily Show," Jon Stewart addressed the cloud hanging over the New England Patriots' journey to the Super Bowl: Deflategate, Ballghazi, or, as Stewart dubbed the controversy, the Ball-o-caust.

Stewart noted that even though there was video evidence of a locker room attendant bringing the balls into a bathroom, there likely wouldn't be justice for the game, or the balls. "The worst part is, even with the tape, you know this is just going to end with a press conference where the balls have to apologize for their role in being deflated and Brady walks away scot-free," Stewart said, referencing Ray Rice's taped violence toward his wife, Janay.

He then noted the irony of the NFL's strict threatened punishments of the Seattle Seahawks' Marshawn Lynch for wearing his own brand and for potentially skipping a press conference.

"How is it that this guy is facing international drug cartel penalty money, but the owners and commissioner of the league have no obligation to address stadium financing shenanigans or concussions or domestic violence policies? Please tell me this is the stupidest iteration of the NFL's f*cked up priorities."