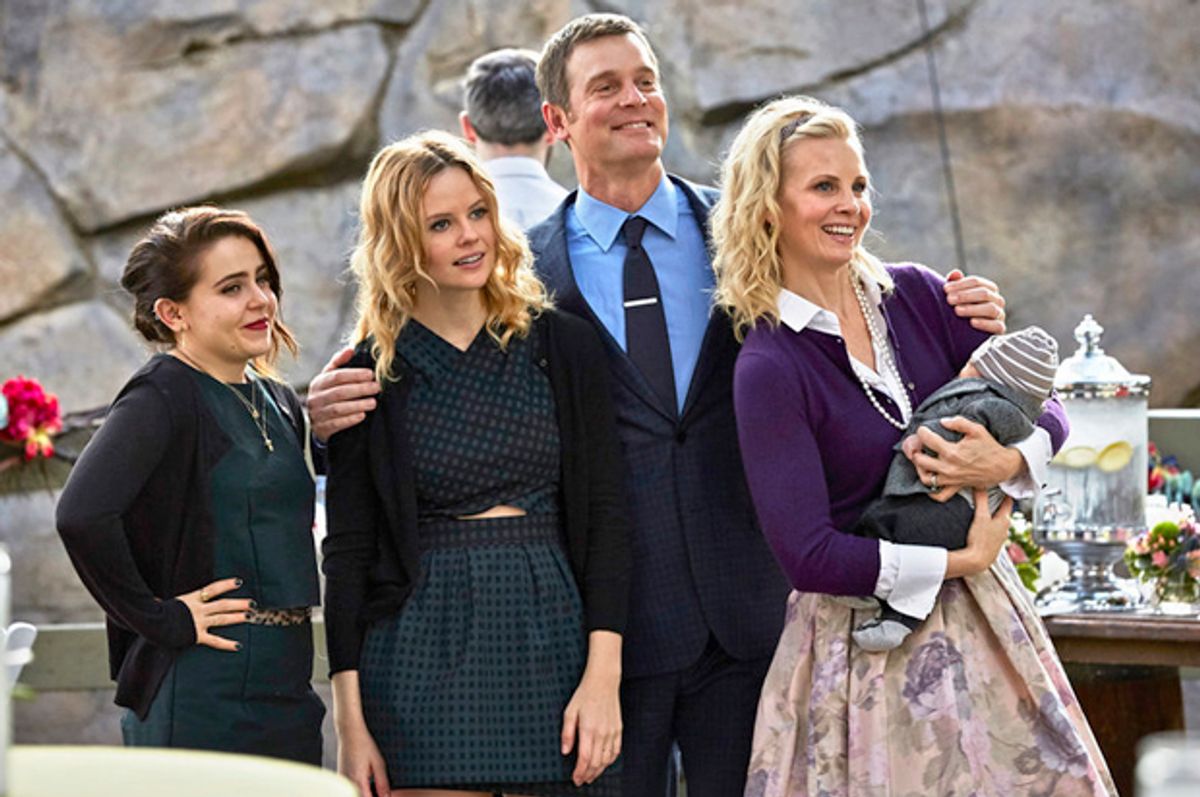 Perhaps the trickiest aspect of television series finales—finales that are planned in advance, that is, not ones of the spontaneous variety—is finding the proper balance between realistically concluding the end of a story in a way that makes sense, and ensuring that fans of the series mostly walk away feeling satisfied. Of course, it is impossible to craft an ending that will satisfy everyone, and when a series tries too hard to do so, it runs the risk of resulting in disaster, or having fans feeling like the end was too neat and clean. Think back, for example, to the numerous complaints that followed the "Breaking Bad" series finale: when it came to the respective fates of Walter and Jesse, the finale accomplished exactly what it thought viewers wanted, and inadvertently sparked the argument that, narratively speaking, the story should have gone in the opposite direction. “Felina” was an ending that satisfied the fans, not the story.

But "Parenthood" is no "Breaking Bad." This is a low-stakes series that is built wholly on niceness, a tear-jerker family drama that emphasizes togetherness, so much so that multiple episodes end explicitly with the family literally together, eating together in the perfectly lit backyard of the Bravermans' idyllic California home. "Parenthood" is so intrinsically good—good as a television program, good in its message, and good to its fans—that there is no way the series could end on a sour note. Fans, myself included, would not have enjoyed anything less than Braverman smiles so the writers would never, could never, provide a finale that was anything but an hour full of easy, blissful endings and some happy tears.

To its credit, "Parenthood" often put its characters through hell. Adam and Kristina struggle with raising a son who has Asperger's syndrome and Kristina is later diagnosed with cancer. The show has also doled out infidelity, abortion, alcoholism, infertility, post-traumatic stress disorder, financial crises, near-death experiences, and so on. One of the truly remarkable characteristics of "Parenthood" is that although it was always clear that everything would always work out, this never took anything away from the emotional resonance of every story line. We knew Kristina would not die from her cancer yet we worried and cried along with her; it became obvious that Joel and Julia would end up back together but that didn’t stop us from throwing up our hands in frustration during every preview that hinted they were done for good. It’s a testament to the skills of producer Jason Katims ("Friday Night Lights") and the immensely talented writers room that the world of "Parenthood" was, at once, both light and dark; carefree and worrisome.

As it marched toward the end however, "Parenthood" chose to go out with the light. The members of the Braverman (and Holt) family may not have been perfect, but "Parenthood" often rewarded them as though they were. The series finale, “May God Bless and Keep You Always,” kept up this trend by ensuring that just about everyone got their happy ending, whether it was deserved or not, simply because the audience deserved it. And it worked.

“May God Bless and Keep You Always” is a montage-heavy hour of television, relying on dialogue-free sequences that allow the characters’ effortless chemistry with each other to speak volumes (and, as is the case with Katims’ dramas, to let the music add a little emotional manipulation). For a series finale, it’s surprisingly expositional; in lieu of the subtle beats that often push the episodes along, there are explicit conversations detailing characters’ future plans. It’s a finale where everything comes easy: A phone call from a social worker has Joel and Julia worried that they might have to give up their adopted son; it turns out that they are being offered a second child, Victor’s half-sister. Camille and Zeek offer up new mother Amber a proper house to live in and Crosby, who decides he can and will run the Luncheonette by himself, offers Amber a promotion. Adam secretly wants to stay at the charter school but is unable to financially until—surprise!—Kristina reveals there is suddenly a magical opportunity for him to work there and make the same money he would elsewhere, all thanks to a perfectly timed offer from a nonprofit group. All of this is implausible and cloying but, because "Parenthood" has put out so much implausible, cloying, but good will throughout these last six seasons, it actually works for the finale.

The series finale also tackles the most depressing cloud that’s been hovering over this entire season: Zeek’s death. There is no way that Zeek could make it out of the series alive, but it also seemed impossible that "Parenthood" could actually kill off such a kind, important member of the Braverman clan. Yet "Parenthood" found a way to do it in the most "Parenthood" way. Zeek remained alive long enough to walk Sarah down the aisle and then passed away silent and alone, rather than in an over-the-top dramatic fashion. There was no rush to the hospital, no Camille falling to her knees, and no elongated funeral scene featuring the Bravermans sobbing in the rain. Rather, it was a baseball game that brought everyone together—and allowed the show to give us (happy) glimpses into a few characters’ futures.

Early in the episode, Zeek describes his daughter Sarah by saying, out of all the children, she has “taught me more about unconditional love. … She was all about love—really giving her heart to the people that she cared about the most.” It’s the perfect way to describe "Parenthood" as a series: One that was, above all else, about love and giving fan service to the viewers it cared so much about.