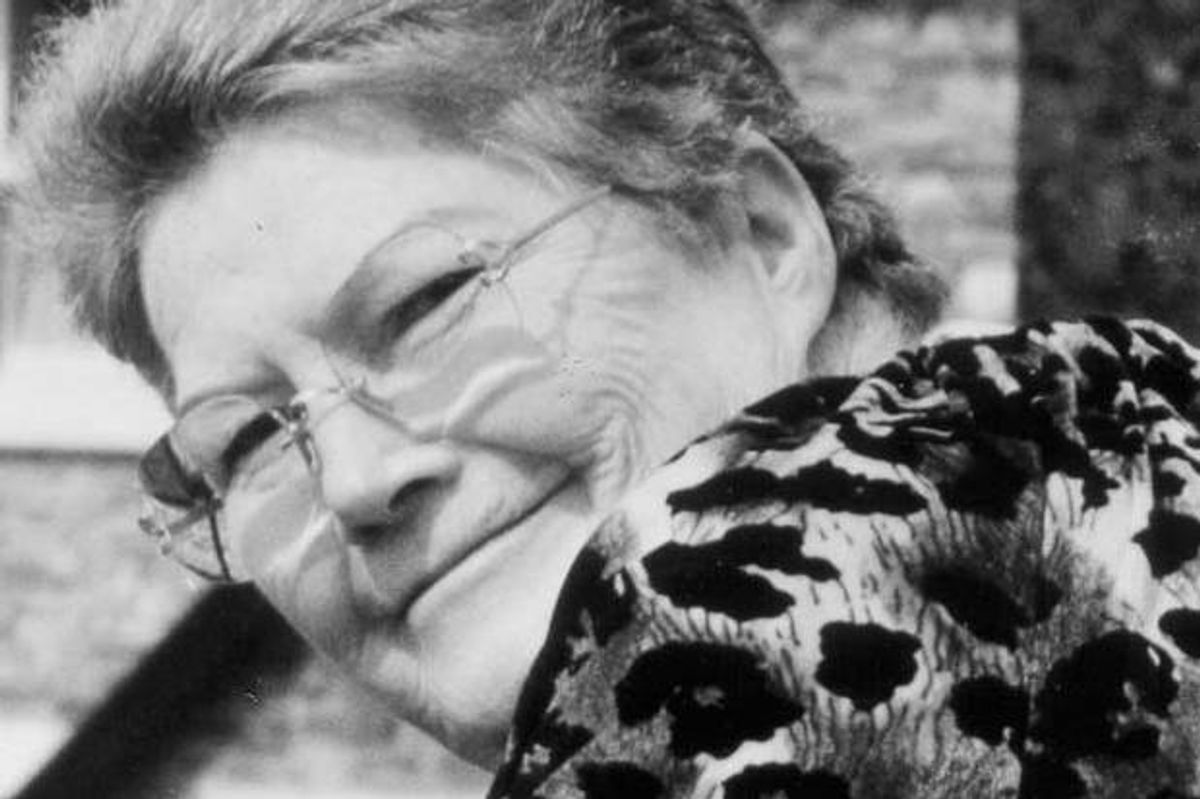 When an individual of note dies, it's important to note his or her most remarkable achievements right up front in the obituary. And so in remembering Australian scientist and novelist Colleen McCullough, who died on Thursday at the age of 77, the New York Times recalled her work as a neurophysiological researcher at Yale who began writing future blockbusters like "The Thorn Birds" in her spare time. The Telegraph noted that "despite a string of health and eyesight problems" she tenaciously continued writing via dictation, and that she "established the neurophysiology department at Sydney's Royal North Shore Hospital." And The Australian led with this opening: "Colleen McCullough, Australia's best selling author, was a charmer. Plain of feature, and certainly overweight, she was, nevertheless, a woman of wit and warmth. In one interview, she said: 'I’ve never been into clothes or figure and the interesting thing is I never had any trouble attracting men.'"

I guess it's nice they mentioned the part about her being her country's best selling author – and a charmer! But then oh sweet mercy, what are you people thinking here? In case this isn't patently obvious to people who write for major news organizations: It is entirely possible to possess "wit and warmth," to be "attractive" to the opposite sex, even, while still being "plain of feature and certainly overweight." Those things are not diametrically opposed concepts. Shocking as this may be to some, a person's aesthetic value is not at all relative to his or her sense of humor, gregariousness, or even, to a large extent, ability to make other people like him or her. Now you know!

But wait, there's more. Because what's considerably more important here is that a person's looks almost always have zero to do with the body of work, the legacy of actions, left behind. And to top it all off, can I just point out that you don't see a whole heck of a lot of obituaries about men that mention how remarkable it is they were able to bravely overcome their average looks? Contrast, if you will, how in the New York Times obituary for poet and songwriter Rod McKuen, who also died on Thursday, the Times acknowledged he'd been "condemned by many critics as facile, tepid and aphoristic" -- yet still managed to avoid mentioning his appearance or desirability to the opposite sex. In fact, if you look through a list of recent New York Times obituaries, you will note that "Lotte Hass, Pioneering Diver Known for Beauty and Bravery, Dies at 86" – is the only obituary in the past several weeks to note the deceased's looks. Dead men are remarkably uncommented on.

Though The Australian's obit is an especially egregious example of inanity, it is far from isolated. While the words came further down in the Times obit, the paper also saw fit to observe that "Nearly everything about Ms. McCullough had unrestrained heft: her voice, her laugh, her frame, her opinions, the blizzard of cigarettes she smoked each day and, most conspicuously, her books." The LA Times, meanwhile, described her as "the large, garrulous, Australia-born McCullough" before mentioning her scientific achievements. We get it, she was fat. That's what's important! Certainly for a woman!

It's not just appearance, though, that makes it to the list of "important things to mention about a woman when she dies." Two years ago, when rocket scientist and inventor Yvonne Brill died at 88, her New York Times obituary began with a description of her as a woman who "made a mean beef stroganoff, followed her husband from job to job and took eight years off from work to raise three children. She was also, according to her son Matthew, 'The world’s best mom.'" It then moved on to her work as scientific innovator.

Fortunately, The Australian's recent refreshingly clueless sense of priorities did not escape widespread attention, and by Friday morning, the Twitterverse was weighing in with a trove of hilarious self-penned "#myozobituary" nominees. I'm fond of comic Josh Thomas' description that "Despite his womanly hips, wobbly face and thinning hair he still managed to sleep with lots of men. Was on Celebrity Splash" and author Caitlin Moran's "Although she grew a disappointing arse, she nonetheless got laid & won awards." Thank you so much, people of Twitter, for laughing in the face of obvious sexism and stupidity, thereby heading off many feminist rage strokes.

A woman does not need the validating assurance that even if you factor in her looks, she still was an acceptable human being. You can instead recognize and remember her for what she got done, not how she looked doing it. And when we go, we could all do worse than author Jennifer Weiner imagined #myozobituary: "Thin of hair and thick of thigh. Strident. Per NYT, lacked ability to sleep way to top. Puzzlingly, also #1 NYT bestseller."