Stacey Dash on Fox News: Some campus rape victims are "bad girls" who "like to be naughty"

The "Clueless" star did some exemplary victim-blaming on Fox's "Outnumbered" 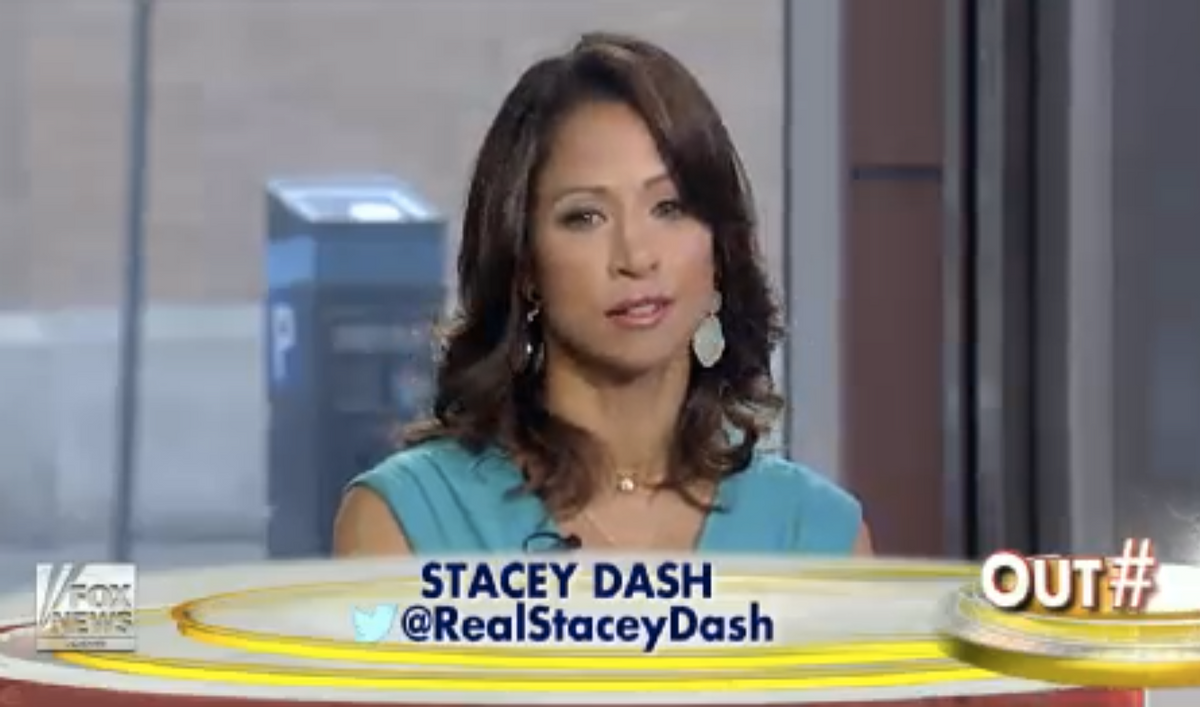 The panelists on Fox News' "Outnumbered" had a conversation on Friday about UVA sororities' recent prohibition on members' attendance at fraternity bid day parties, made in an effort to prevent sexual assault following Rolling Stone's now-discredited report of a rape on the campus. The "Outnumbered" conversation did not go well. It is painful to listen to or to read, but I am going to tell you about it anyway.

Occasional Fox contributor Stacey Dash, of "Clueless" fame, led the charge in trying to articulate the issues with the sororities' decision, explaining that she thinks the party ban could be beneficial for the "good girls" who might otherwise be subject to violent assaults. What exactly constitutes a "good girl," is not entirely clear, though Dash implies it has something to do with how much a young woman drinks.

"I think it's a good thing for the good girls... to be told, 'Stay home, be safe,'" Dash said. "The other bad girls, bad women, are the ones who like to be naughty; [they] might go out and play and get hurt."

Dash didn't stop there, though; she went on to clarify exactly whom she thinks she shoulder the blame for a majority of campus rapes. "The other thing about this is that it then blames the alcohol instead of the person who over-drinks," she said. "It's, like, the same thing with guns -- guns don't kill people, people kill people. Alcohol doesn't get you drunk, you get yourself drunk."

So, it would follow, rapists don't get "bad girls" raped -- "bad girls" get themselves raped! Right? Is that how that works? In Dash's perfect example of the type of victim-blaming that perpetuates rape culture, as well as the exorbitant number of sexual assaults on college campuses and elsewhere in society, it would seem that yes, that's exactly how that works.