Can hugs make you healthier? 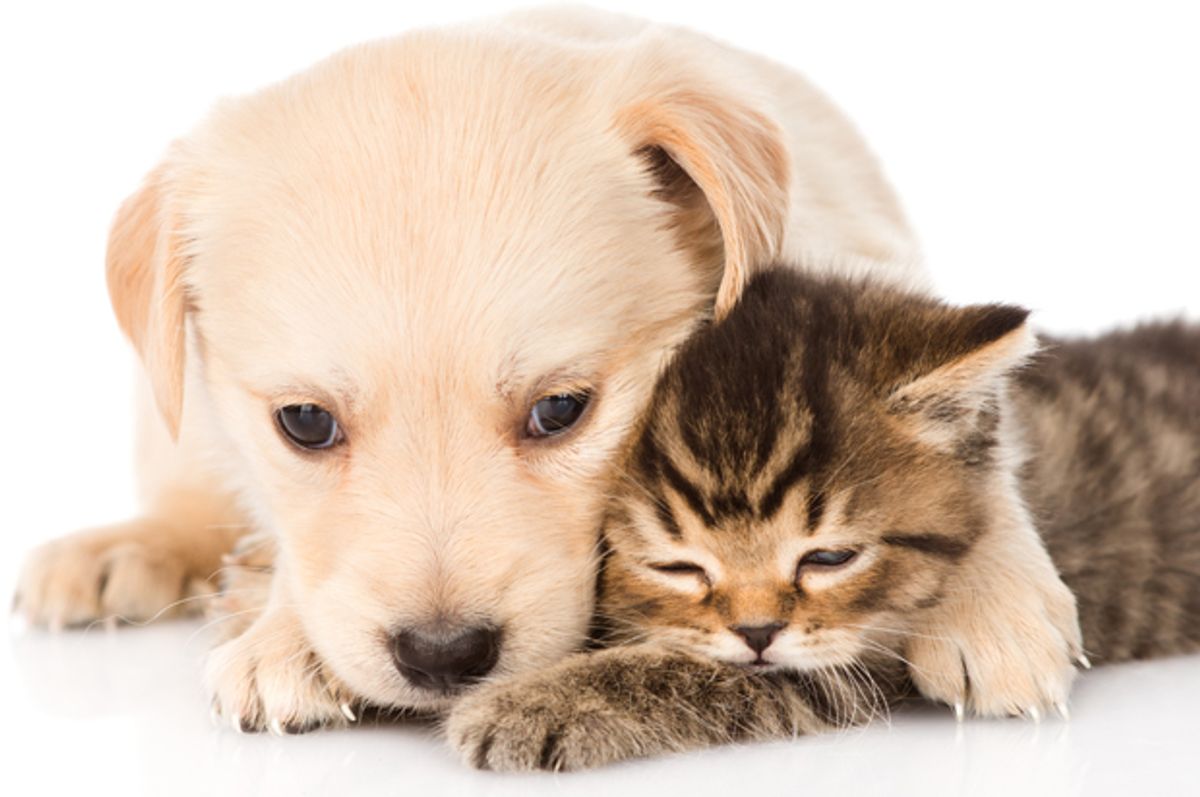 It's February. Are you sick? If you are, don't fret. The Centers for Disease Control tells us that cold and flu season peaks in January and February, so statistically speaking, your sniffles are nothing special. And, believe me, I feel for you. I have a 4-year-old daughter who is the most thoroughgoing germ collector known to humankind. Every day she trots home from her language immersion preschool, an international clearinghouse for viruses. I’ve lost count of how many times she has walked in coughing and sniffling, a little pouty and with her arms outstretched, looking for a consolatory hug. Of course I toss caution aside like a gum wrapper because that little hug feels like the greatest damn thing ever. The irony here is that despite all that, and even though it's February, I'm not sick. How does that work? Some new research from Carnegie Mellon University might give us some clues.

In 1991, CMU psychology professor Sheldon Cohen published a landmark study in the New England Journal of Medicine showing how stress can compromise our immune system and leave us more vulnerable to the common cold. Committed to finding practical ways of reducing both stress and illness, Cohen’s later studies focused on the stress-relieving powers of what he calls "social support": a catch-all phrase for the caring, empathy and reassurance you receive from those around you -- from the people who, whether they admit it or not, think you are mostly awesome. Social support comes in many forms: the long phone chats with your BFF, hanging with your bros, your church group, your reading club, and the first 60 minutes of a family get-together, before anyone mentions an upcoming election.

In their most recent study, Cohen and colleagues used questionnaires to assess how socially supported each of their 406 study volunteers felt, and used daily telephone interviews to tally up the interpersonal conflicts that had happened that day. The researchers recorded one more thing that hadn’t been studied before: the number of hugs each volunteer had received.

With a description of each participant’s social milieu and number of hugs in hand, Cohen then put participants’ disease immunity to the test. In exchange for a healthy sum, participants agreed to have nasal drops containing an infectious dose of a common cold virus deposited in their noses. Participants were then quarantined in a hotel room to see to what extent they would develop signs and symptoms of a viral infection. To assess volunteers’ response to the “challenge virus,” Cohen’s group used objective measures such as whether or not anything came out of participants’ noses, and if so, how much it weighed.

Of course, providing social support can be a time-consuming affair, and not everyone is willing to do it. On the phone with Cohen, I refrained from quoting the line from the 1999 comedy "American Pie," where nice-guy Oz tries explaining the art of being sensitive and supportive to his self-absorbed friend:

Oz: "You ask them questions, and listen to what they have to say and shit."

Stifler: "I dunno, man, that sounds like a lot of work."

Stifler's not alone. This can be a common problem among men. Cohen pointed out: “Women tend to be the providers more often than men, but may not be more effective.” So I went digging into the literature and found a few hug studies whose findings literally made me sick, like this one. There’s a perceived stigma surrounding physical contact, and some men seriously need to get over it. I could have asked Cohen if the study suggests a way out of Stifler’s dilemma: Does one good hug get you out of there more quickly? Is a hug worth a thousand words? I can imagine him telling me that I’m missing the point.

Now for the multibillion-dollar question. Should doctors be prescribing hugs along with eating right, sleeping and regular exercise? Are hugs the new Brussels sprouts for the immune system? I talked with a San Francisco pediatrician who works on the front lines.

Dr. Rachel Malina arrives to work on winter mornings to be greeted by a line of sniffling tots. Her eyes lit up when I first mentioned Cohen’s hug study. "Pediatrics offices are huggy places,” said Malina, lost for a moment in a smile. “You get lots of kid-hugs and they make you happy." When I asked her about how we might put Cohen's findings to work in everyday practice, her smile turned to scrutiny: "Kids get lots of hugs and kids get sick all the time. I wouldn't go to work and start prescribing hugs. Hugs spread germs, too." I told Malina that I think I get sick less now that I have a young daughter. She quickly retorted: “Your daughter exposes you to a lot of viruses, and that better prepares you to produce the antibodies needed to fight them the next time you encounter them.”

I ran this by Cohen, who agreed that hugs spread germs but then pointed me to another study that looked at parents' susceptibility to the common cold. Using the old routine of viral nose drops and quarantine on 795 parents, the researchers found that parents who had one or two kids were 48 percent less likely to get sick than non-parents, while parents who had three or more kids were 61 percent less likely to get sick. Now for the kicker. Seeing Malina’s argument coming, Cohen and company measured the amount of virus-specific antibodies found in each parent’s blood and found a benefit of parenthood that was independent of antibody levels. That is, once the beneficial effect of having the antibodies was controlled for, there seemed to be an additional protective effect of just having the little angels in your life.

So how does medical science explain all of this? Cohen leaves the door wide open by saying that: "All of the social variables contain possible explanations." He added: “It’s fairly clear now that family and social relationships play a major role in health outcomes, but of course we don’t know as much as we’d like to know about this.”

So I gave the parents study to Malina, who conceded: "This is very compelling." As I presented her with more and more of Cohen's research I could see her stance soften a little.

I asked her point blank if she'd changed her mind about all this over the course of our conversations. She paused for a second and instead of an answer, she gave me a hug.