Political and incorrect: Why Jonathan Chait's attack on p.c. culture is so flawed 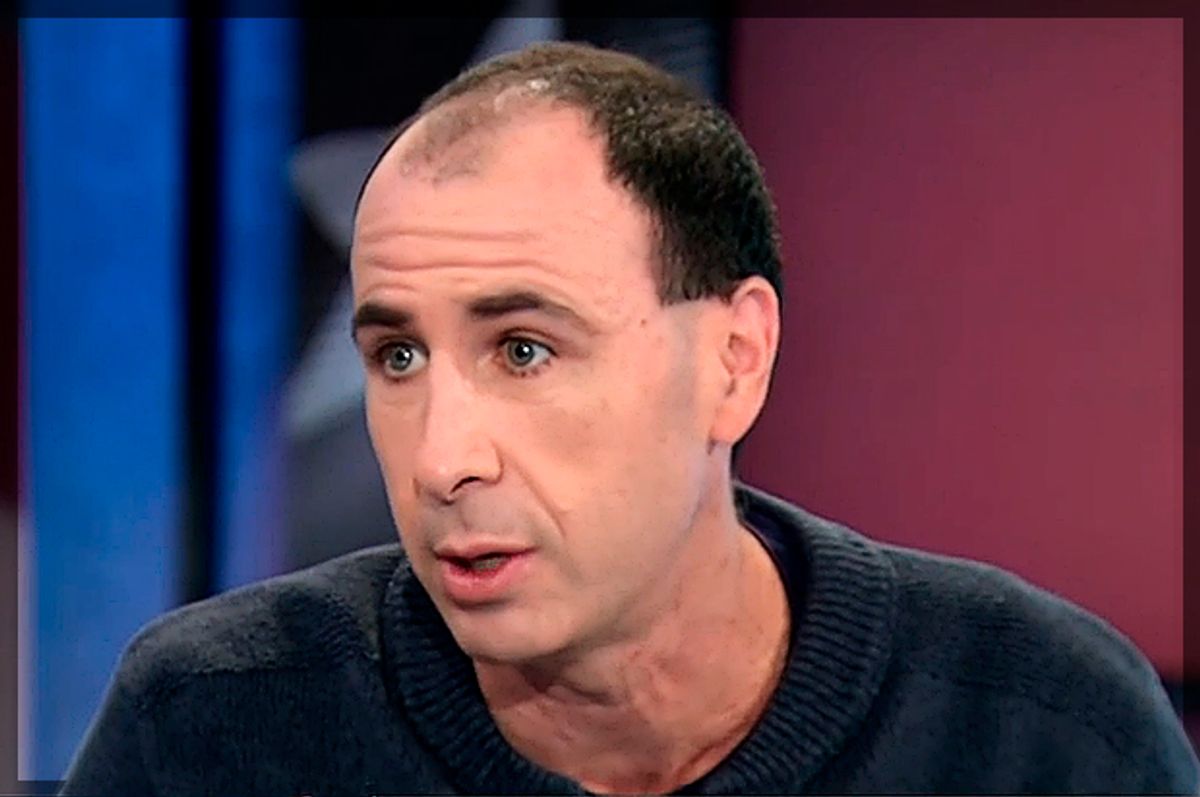 If its latest cover story is any indication, it would appear that the New Republic, the century-old flagship magazine of elite liberalism, has decided to spin last year’s much-publicized staff revolt as an opportunity to inaugurate a new era. Written by Jeet Heer, a Canadian journalist and prolific tweeter, the piece is a sweeping overview of TNR’s long, complicated and controversial history on issues of race. But while Heer finds this legacy to be more complicated than is often recognized, he also affirms the widespread belief that a glib contrarianism led TNR to publish some deeply unfortunate material during the reign of its previous owner, Martin Peretz. For those anxious to see new TNR owner Chris Hughes firmly break from the magazine’s recent past, Heer’s essay should be most welcome.

Evidently, then, the warnings of the New Republic’s many alumni and recently resigned staff may have been correct. The magazine, as we knew it, may indeed be dead. But that hardly means that the combination of elitism, centrism and anti-radicalism that became the magazine’s signature style (at its worst) has faded from the media scene. On the contrary, and as Heer and others have noted, the magazine’s outsized role as a bridge to larger, more popular media outlets has ensured that the sensibility of Peretz-era TNR will be influential for years to come, no matter what Hughes’s new team does. Just take a look at one of the most talked-about essays of the past week, a cri de coeur against political correctness from New York magazine columnist and TNR alumnus Jonathan Chait, to see what I mean.

Predictably, Chait’s piece lamenting the return of 1980s-style political correctness — which he defines as “a style of politics in which the more radical members of the left attempt to regulate political discourse by defining opposing views as bigoted and illegitimate” — has inspired a lot of commentary from others in the press. (Of the many responses, I’d consider those from Joan Walsh, Alex Pareene, David Sessions, John Hodgman and Digby to be most worth reading.) But while some have questioned Chait’s definition of p.c. politics, his chosen examples of its ravages, and his decision to give over so much time and energy to what may be a relatively minor problem, I haven’t seen as much attention being given to the piece’s conclusion, which strikes me as the essay’s most remarkable passage.

The conclusion, you see, is where Chait lays out his vision of history. And more than his age, his race, his sexual orientation or his history of losing public debates with those he considers beholden to the cult of p.c., it is the mistaken way that Chait imagines history (a.k.a., progress) operates that explains why be bothered to devote so much time and energy to what is basically a run-of-the-mill anti-p.c. rant. Like the good liberal he is, Chait thinks “reason” is the engine of progress — and because this assumption is shared by so many, on the left and the right, I think it deserves a more thorough interrogation.

So, about that conclusion. After quoting Freddie deBoer, a leftist writer who’s become increasingly worried that p.c. militancy is turning young people away from the left, Chait writes that the “dour puritanism” of political correctness, which is “ill suited to the hopeful mood required of mass politics,” may be its ultimate undoing. Because of the p.c. movement’s quick temper and inability to accept dissent, Chait says, “many of its allies are worn out.” In Chait’s reckoning, political correctness fails to understand that, in a democracy, politics is “based on getting people to agree with you, not making them afraid to disagree.” The “historical record” for movements that are exclusive rather than inclusive, Chait declares, “is dismal.” Being that ours is an at least nominal democracy, there's little here with which to disagree.

On the other hand, Chait writes, “[t]he historical record of American liberalism … is glorious.” (You don't have to be a conservative to find the distinction drawn here between liberalism and leftism odd, but let’s just go with it.) Unlike political correctness, liberalism “has extended social freedoms to blacks, Jews, gays, and women.” Thanks to its “confidence in the ultimate power of reason, not coercion, to triumph,” liberalism has liberated millions. If this sounds familiar to you, it should; it’s basically the narrative of the Enlightenment, and the theory of progress, that most of us learn in high school civics. But a politicized narrative of history, which is what the triumphalist post-Enlightenment story is, doesn't transcend its grubby origins when it's become common sense.

Because here’s the thing about Chait’s assertion that “the historical record” shows a reason-based and non-coercive politics is what gets results in the U.S.: It’s unsupported by historical fact. I’m not saying that an inclusive, friendly, non-judgmental politics has never won groups a broader recognition of their rights. There have absolutely been times when that approach has proved best: the marriage equality movement, for example. But what's also true is that, sometimes — or even most times — militancy of the kind Chait is condemning has been an integral part of expanding freedom. At times, it's even been a bulwark against further oppression. American history is replete with examples.

Start from the very beginning: “We hold these Truths to be self-evident, that all men are created equal, that they are endowed by their Creator with certain unalienable Rights, that among these are Life, Liberty, and the pursuit of Happiness.” This early sentence in the Declaration of Independence is so ingrained into American life that it’s all but drained of meaning. But if you take a step back and read this line anew, and imagine you were reading it when it was first written, what you’ll notice is the sheer brazenness of the claim. The truth is, the equality of all men, much less human beings, was so not self-evident that many of the Declaration’s authors found it insufficient motivation to liberate their many slaves. It was an unreasonable declaration in service of what many Britons, and as many as 20 percent of Americans, thought was an unreasonable request. That very unreasonableness is part of what makes the American Revolution so inspiring.

If we skip about four score and seven years ahead, to the moment of the next major expansion of freedom in our history, we’ll see that it was a result of one of the most unreasonable things there is — war. To the limited degree that the humanity of African-Americans was recognized by U.S. government and society in the 19th century, it came through the thrust of a bayonet and the barrel of a gun. And besides the men on the battlefield, and the former slaves themselves, the people most responsible for ending slavery were the abolitionists. We lionize these radicals today, but in their own time, countless Americans, including President Lincoln, saw them as dangerously unreasonable.

Even the sainted Martin Luther King, Jr., the figure held up today by mainstream America as a paradigmatic example of how an activist "should" behave, was thoroughly unreasonable. And he was loathed by millions of white Americans for it. What is the celebrated “Letter from a Birmingham Jail” if not an extended attack on the “white moderates” who cautioned King to take it slow, to be patient, to listen to reason? If walking directly toward an assemblage of armed and horse-mounted thugs, knowing full well that the state was not there to save you (quite the opposite, in fact) — if that's not unreasonable, what is? You could argue, I suppose, that there’s nothing coercive about a sit-in or people's march. But have no doubt that, if you'd said so at the time, Gov. George Wallace would have begged to differ.

Now, I would never go as far as to say that the p.c. movement (if it can even be called that) is as effective, ambitious, principled or significant as any of the other people I've mentioned. In terms of accomplishment, there's simply no comparison. Honestly, I think a lot of the argument against political correctness has merit. But despite what Chait’s piece would lead you to conclude, I’ve come to that conclusion not through milquetoast liberals and reasonable centrists, but by reading people like Adolph Reed, an influential academic who is also a socialist. Reed has argued that p.c. politics fails because it sidesteps economic inequality, the real wellspring of injustice, and wastes time and energy on the comparatively superficial — time and energy that would be better spent organizing. I think he's on to something, at the very least.

I'd imagine Chait could find much in the work of Reed and those like him with which to agree. But acknowledging that political correctness can be dismantled quite thoroughly by the far left will require Chait to give up on the false dichotomy that places the successful, reasonable liberal on the one side and the ineffective, wild-eyed radical on the other.