Sharyl Attkisson says the government hacked her, but she's been stingy with the proof. A new report may explain why 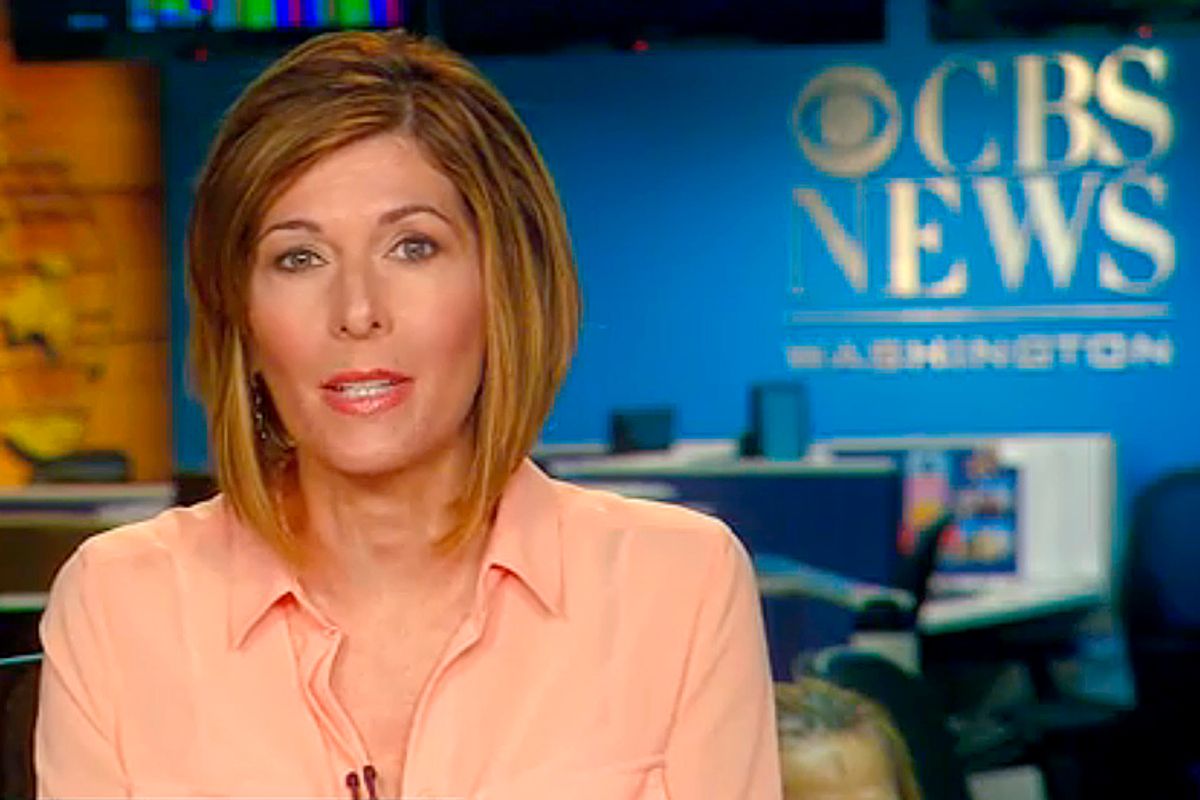 Former CBS News investigative reporter Sharyl Attkisson is a person of special significance to conservatives. When she quit CBS last year, she alleged that her bosses at the network had interfered with her work and discouraged her from reporting critically on Benghazi, Operation Fast and Furious, and other Obama scandals that the right focuses obsessively on. And she also made the wild accusation that someone – probably from the government – had hacked into her home computer and deleted stuff from it. Attkisson provided conservatives with confirmation that the mainstream media is incurably biased against conservatives and, more significantly, a juicy scandal that would expose the Obama administration as a bunch of thuggish criminals. Only one thing was missing: proof.

Attkisson’s claims that she’d been hacked have always been vague and lacking much in the way of evidence. She explained that the hacking had been confirmed by an independent investigator, whose findings she refused to divulge. She released a video of the purported “hacking” that showed text being deleted from a document she was working on, leading many people to surmise that the “hack” was actually just a stuck backspace key. There was also a lot of weird, circumstantial stuff that Attkisson obsessed over, like her computer making a weird noise in the night, and a stray cable attached to her Internet service box. Attkisson herself has been inconsistent in her story, claiming at various points that she knows and doesn’t know who hacked her. All the bits of evidence she marshaled in building her case had plausible, inoffensive explanations. If there was a hack, where was the proof?

Well, the Justice Department has been investigating that very question (at Sharyl Attkisson’s request), and they’ve arrived at an answer: There is no evidence of a hack. As reported by the Washington Post’s Erik Wemple and Media Matters (disclosure: my former employer), DOJ’s inspector general completed a forensic examination of Attkisson’s home computer and “did not find evidence of remote or unauthorized access.” Pretty much everything Attkisson identified as proof of the hacking was found to be innocuous. The stray cable she found was of the sort her Internet provider uses all the time, and “could not be used to monitor or otherwise affect the phone or internet service at her residence.” Attkisson’s video of text being deleted from a document? That “appeared to be caused by the backspace key being stuck, rather than a remote intrusion.”

It’s also interesting that Attkisson apparently furnished DOJ with the name of the person she believes is responsible for ordering the “hack” of her computer. “Attkisson claimed that former White House Associate [REDACTED] directed either the FBI or an Intelligence Agency to monitor her computers.” So Attkisson clearly believes this goes all the way to the top – what she hasn’t done is provide any reason for why she believes this.

To that very point, DOJ reached out to Attkisson and asked if they could take a look at the report of the independent examiner she hired, given that their findings and Attkisson's examiner's findings are obviously contradictory. Attkisson consulted with her attorneys and said no, telling DOJ that “our material isn’t yet in a form that’s ready to share.” So they waited a few months and asked her again, but never heard anything back.

Now, the conspiratorially minded among us are obviously not going to be swayed by DOJ’s report. After all, they’re the government, and Attkisson is accusing the government of hacking her, so clearly this is just a coverup, right? Well, perhaps. The office of the inspector general is an independent office, but maybe it’s possible that Obama got his hooks into them and is forcing them to play a role in the conspiracy. But it’s important to remember that this investigation was done at Attkisson’s request and with her cooperation, so she’d be hard-pressed to dismiss DOJ’s report just because she disagrees with what they found.

For conservatives, the inspector general’s report won’t matter because they’re already convinced that Attkisson was the victim of a government hack, probably ordered by Obama himself as retaliation for her Benghazi reporting. Way back in October, Fox News was reporting on “the highly sophisticated hacking of Sharyl Attkisson’s computers,” taking the former CBS correspondent’s allegations at face value and calling it “chilling stuff.” “Watch Someone in The Government Take Over Sharyl Attkisson's Computer,” blared a headline at Townhall, which had already somehow “confirmed” that “Sharyl Attkisson’s Computer Was Hacked, Heavily Monitored By The Federal Government.” For the right, Attkisson’s story is too important to let contrary evidence – or any evidence, really – intrude upon its self-evident truth.