"Say my name": Heisenberg himself poses as a pharmacist to sell car insurance 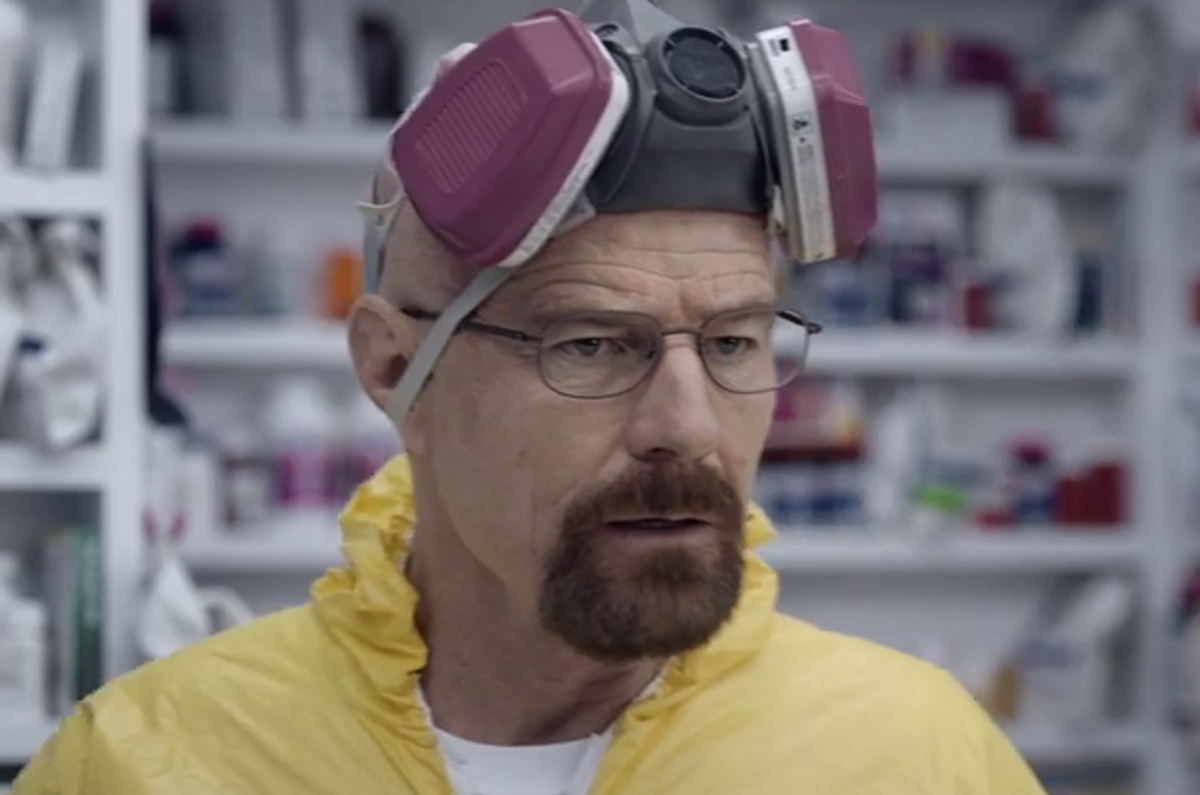 Heisenberg returned to the small screen tonight with a shout-out to the epic "Say My Name" episode from season five of "Breaking Bad." Clad in his cooking suit and goggles, Walter White tries to pass himself off as a "sort-of" pharmacist in the second of two commercials for Esurance (the first featured Lindsay Lohan mocking her own DUI record and, perhaps, her sexual history).

A customer tries to pick up a called-in prescription, but notes that White isn't Greg, the pharmacy tech. "I'm sorta Greg," he replies. "We're both over 50 years old, we both used to own a Pontiac Aztec, we both have a lot of experience with drugs ... pharmaceuticals. So, say my name."

The Internet erupted in cheers. Walter White's return was almost enough to make Super Bowl viewers forget about the throat-punch of the "kids die from accidents" commercial that threatened to kill the Bowl's buzz completely.

I'm so american. I don't know what E-surance is, but I do know who Walter White is