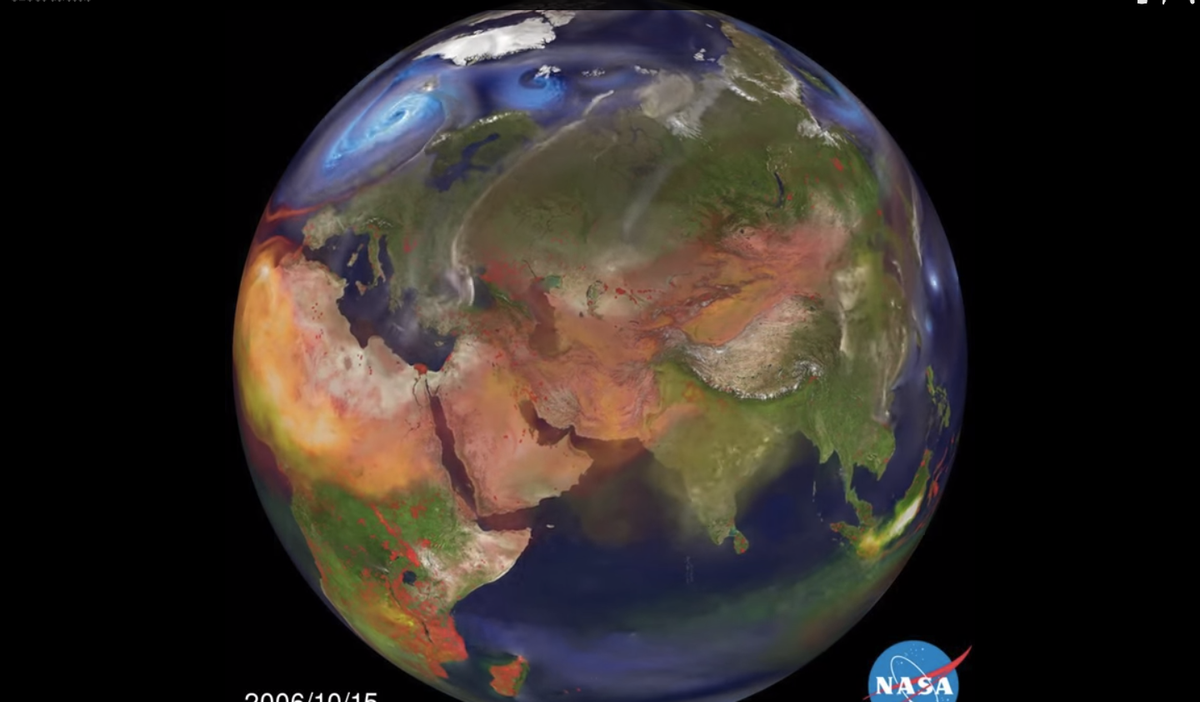 The video was made by scientists at the space agency's Jet Propulsion Laboratory who are examining how those aerosols affect the rest of the world -- especially when it comes to weather. Since Asia produces the most pollution, the research team focused on that part of the world.

The scientists, Jonathan Jiang and Yuan Wang, made two models of global aerosol movement: one that assumed aerosol levels before the Industrial Revolution, and one with current levels.

They found that the current pollution patterns, such as heavy pollution from China, lead to stronger cyclones outside of tropical regions. That's because when storms form across the Pacific, more water condenses onto the increased aerosols. This condensation releases energy, making the storms even more powerful.