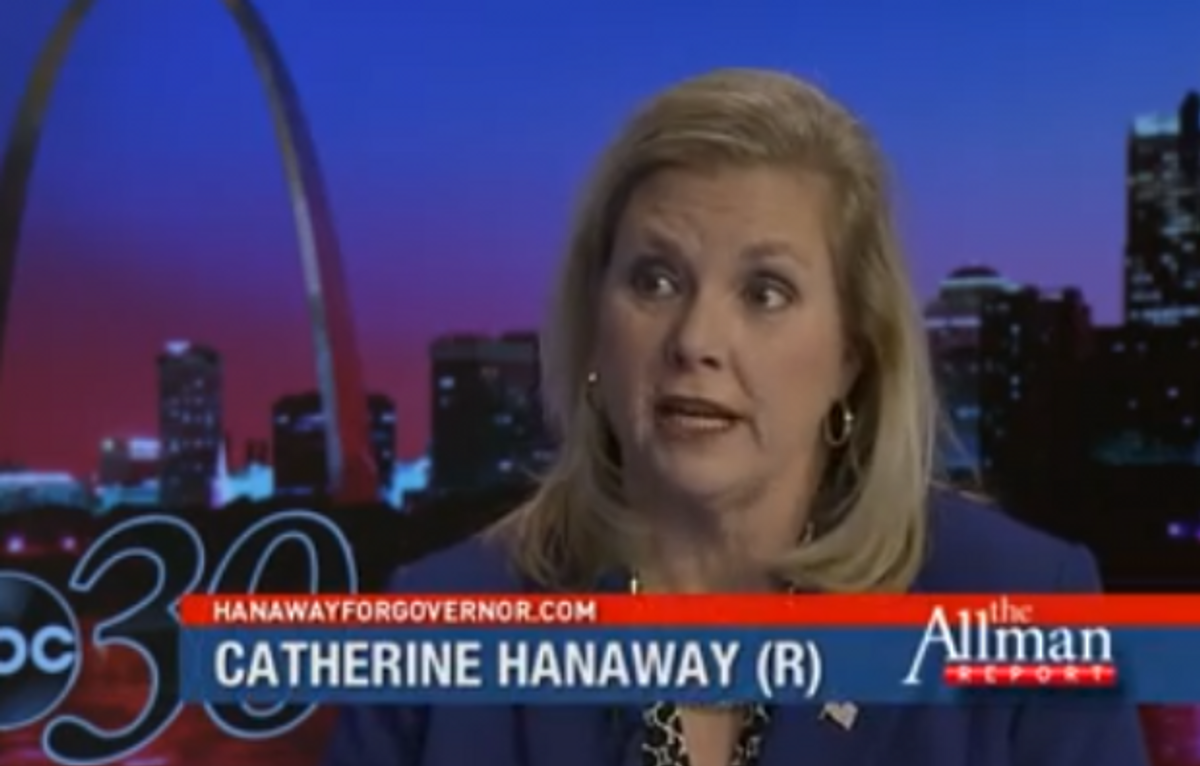 A Republican candidate for governor of Missouri says that a liberal culture of "sexual permissiveness" is responsible for child pornography.

"So, the liberals want to talk about conservatives waging a war on women," said Hannaway, who is running in next year's race to succeed term-limited Democratic Gov. Jay Nixon. "But, think about what they're talking about. When their chief criticism of conservatives, the chief criticism is that we stand up for the sanctity of life. That because we are pro-life we are somehow against women. I am here to say that their culture of permissiveness towards sexual activity is the real war on women. Let's start with the notion, well it’s not a notion, it’s a fact, that the fact that the culture of sexual permissiveness has led to record levels of out of wedlock births."

"And what has that done for women? It has impoverished women," Hanaway continued. "It has reduced their access to educational opportunities. It has impoverished and endangered their children. It has forced those children to grow up in households where their mothers have to work, to make it economically viable for them to exist and with no fathers. How is that culture good for women and children?"

"But it goes a step further, and it’s that step further that I want to talk about today. And this is the hard part. So, if you pursue this course that sexual permissiveness is to be valued, which is the liberal framework and that you should protect sexual permissiveness through abortions and other things, you lead to a conclusion where every sexual preference is acceptable," she said.

"What concerns me is the slide in our culture that says, 'Hey, everything is okay and so why should just having a picture of something be a crime, because to possess child pornography is a crime, why should that be a crime?' Well, it should be a crime, and this is some of the difficult stuff I have to talk to you about." Hanaway later added.

A former Speaker of the state House of Representatives and unsuccessful candidate for Missouri Secretary of State in 2004, Hanaway was appointed by President George W. Bush to serve as U.S. Attorney for the eastern district of Missouri in 2005. She served in that position until the conclusion of Bush's administration in 2009, joining former U.S. Attorney General John Ashcroft's law firm upon leaving that post.

Last February, Hanaway announced her 2016 gubernatorial bid, joining a race that observers expect to be closely contested. A January poll conducted by the Remington Research Group found Hanaway leading a three-way race for the GOP nomination, while a Gravius poll released last month showed her  narrowly trailing potential Democratic nominee Chris Koster in a race with many undecided voters, taking 23 percent of the vote to Koster's 29 percent.

Listen to the audio of Hanaway's recent remarks below, via Progress Missouri: