What's behind Robin Williams' family's feud over his estate?

A fight over "knickknacks" gets serious 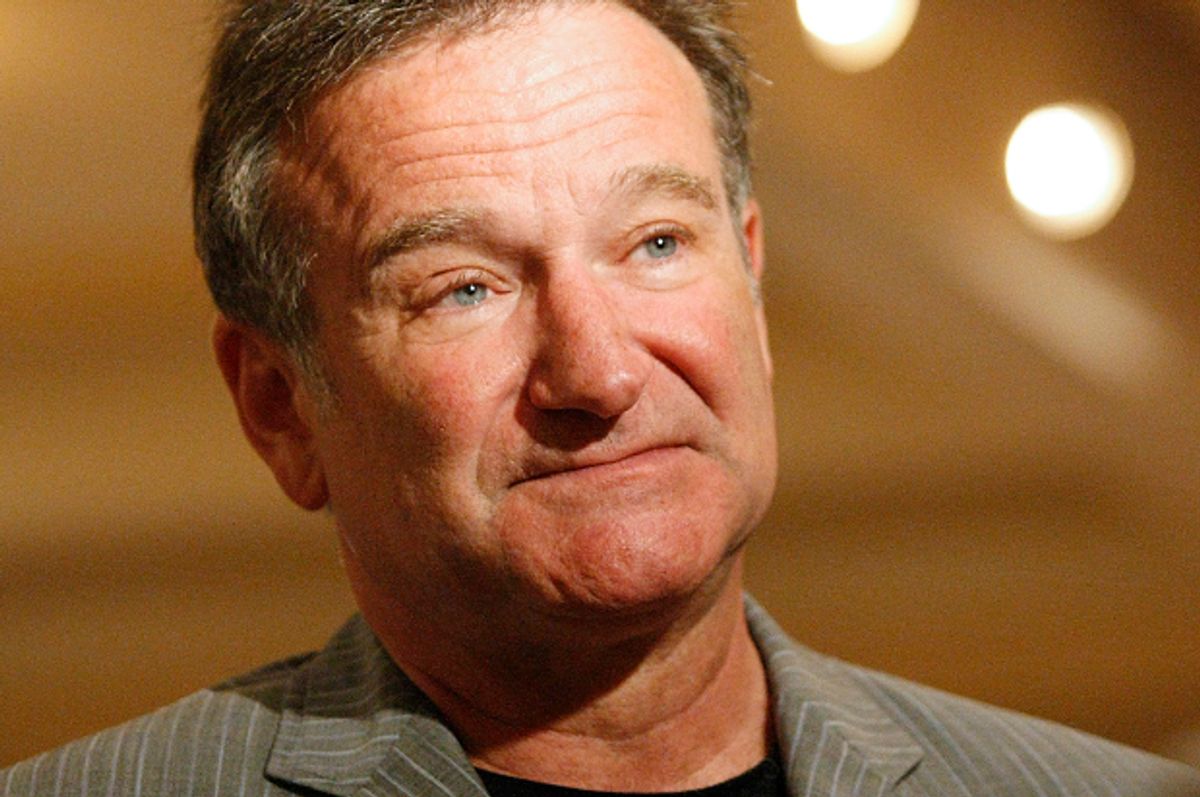 Maybe it really is about the tux. Six months after Robin Williams hanged himself in his Bay Area home, the actor's widow and his three children from his two prior marriages are now embroiled in an increasingly hostile and deeply personal battle over his estate. Is it a dispute motivated by greed – or grief?

In a December San Francisco Superior Court filing, Williams' widow, Susan Schneider Williams, claims that property was "unilaterally removed" from the couple's home mere days after her husband's death. It goes on to note that she "lost her husband through a shocking and emotionally charged event that occurred in their own home in Tiburon. Since the incident, she was not given time to grieve her loss free from the frenetic efforts to interfere with her domestic tranquility and even short-term continuity of her home with two high school boys." Mrs. Williams, who married her husband in 2011, claims she wasn't interested in items relating to his career, like "suspenders that Mr. Williams wore on the 'Mork & Mindy' show," but had wished to keep the tuxedo he wore for their wedding, as well as "personal collections of knickknacks and other items that are not associated with his famous persona."

But in a January response, Williams' adult children Zak, Zelda and Cody Williams say that Susan Williams' "premature and unwarranted" filing adds "insult to a terrible injury." Noting conspicuously that she was their father's wife "less than three years," they say she "acted against his wishes by challenging the plans he so carefully made for his estate." And they add that those alleged knickknacks are in fact a "carefully amassed" collection of "Japanese anime figurines, theater masks, graphic novels, bicycles, walking sticks, Native American articles and movie posters."

According to a report in SF Gate, Williams' will left his estate to his children in trust, including "clothing, jewelry, memorabilia, awards, personal photos taken before his marriage to Susan Williams, and property at a second home in Napa." But it also established a trust for his wife, which included the Tiburon home and its contents, as well as " all costs related to the residence." Mrs. Williams is now petitioning for "all expenses associated with daily upkeep as well as unexpected renovations and improvements" of the home, which the Williams children claim is evidence of "the greed that appears to be driving petitioner’s actions."

Estate battles where there's big money at stake always make for juicy headlines. Last year, the contentious fight over the fortune of Truong Dinh Tran, the real estate mogul who died with a $100 million fortune, no will – and sixteen children and several ex-wives – turned into a minor Philadelphia circus show. The dispute over socialite Brooke Astor's estate dragged out for five years in an ugly public court case. And when a person is a beloved public figure, as Robin Williams was, there's an additional question of not just his assets but his memorabilia. Do those suspenders belong with his family -- or in the Smithsonian, next to Mr. Rogers' sweater? And is Susan Williams just a grieving widow "frightened of the co-trustees invading her home," or, as her stepchildren seem be asserting, motivated by avarice?

The Williams saga is a high stakes one. But anyone who's lived through the loss of a family member, whatever their fortunes, whatever their cultural legacy or lack of, probably has their own mini version of the current celebrity drama. A few weeks ago I was out with a friend who regaled me with the story of the bitter sibling feud that erupted their parents died, over the contents of their family home. And when a family member who co-raised me died a few years ago, other relations were in and out of the house so swiftly I never recovered my own few childhood possessions. I didn't care about money. There was no money. But I still look on eBay for a replica of the figure of a fat, smiling monk she kept on her dresser, even though I know it would never have the value of the one that sat in her bedroom for decades. I still wish I had the stupid cheap set of plates we ate dinner off.

There's no question that even if you factor out the money and property and other items that Williams clearly parceled out to his wife and children, what's left in dispute is worth a great deal of money. Yet I suspect that even if it weren't, you'd still be left with a widow and children bickering over the possessions of a man they all seem to have loved very deeply. Death – particularly a sudden one – is so shocking, so goddamn permanent, it can leave you grasping for any little piece of the person who's gone. As a colleague says, "I think it's about retaining some measure of control in a situation when you really have none." It's not just stuff. It's not just knickknacks and it's not just priceless artifacts either. It's the things that person held. The things you shared together. Little memories of trips you took together or meals you shared. Or the clothes you wore on your wedding day. I don't know the motivations of Susan Williams or the Williams children. But I do know that Times writer is Dave Itzkoff is on to something when he notes both sides' fascination with the "tangible, deeply personal reminders of the irrepressible, manic imagination that drove his performances as a comedian and actor." Who doesn't, when someone beloved dies, want to touch something they touched? Who doesn't hope to feel a bit of the person lost, still lingering within that talisman?